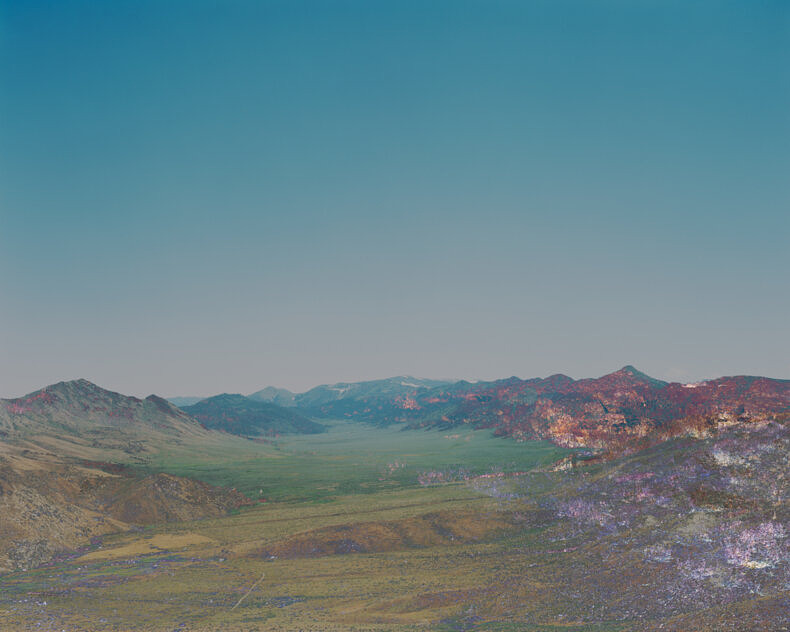 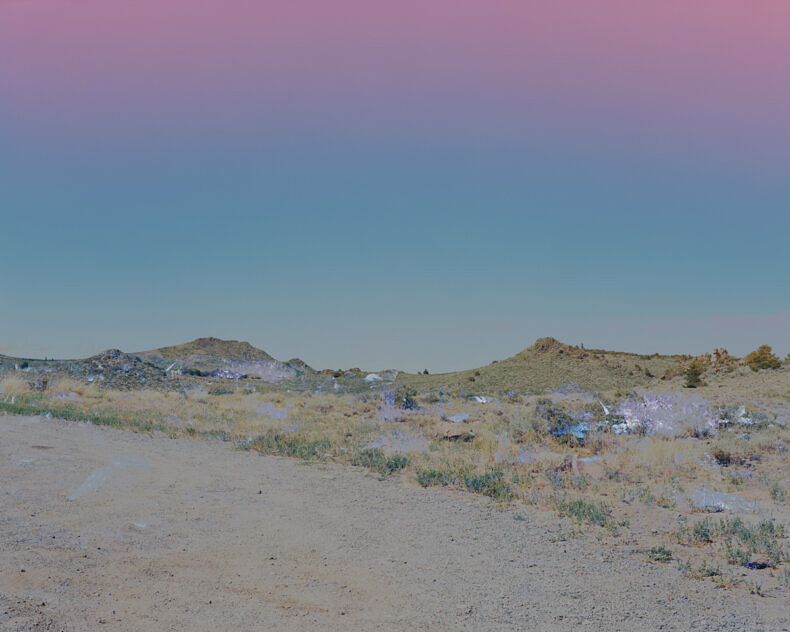 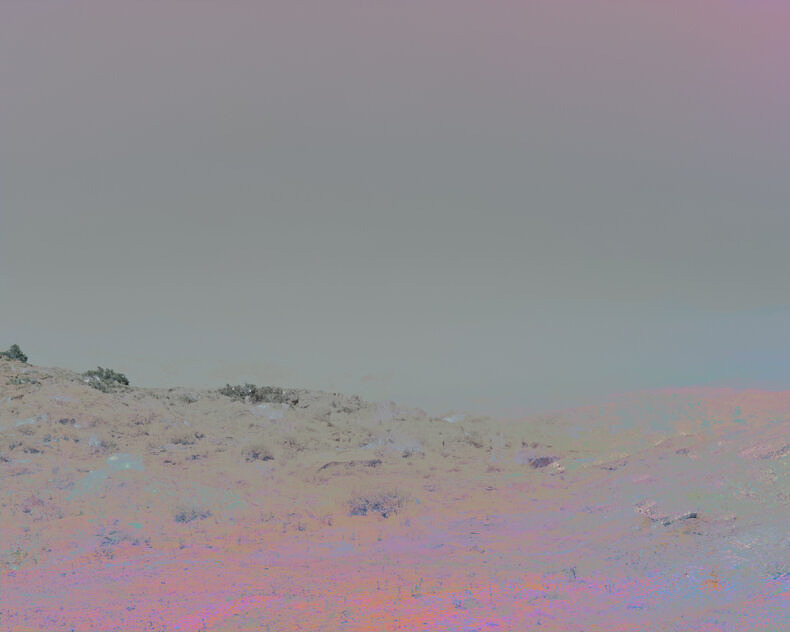 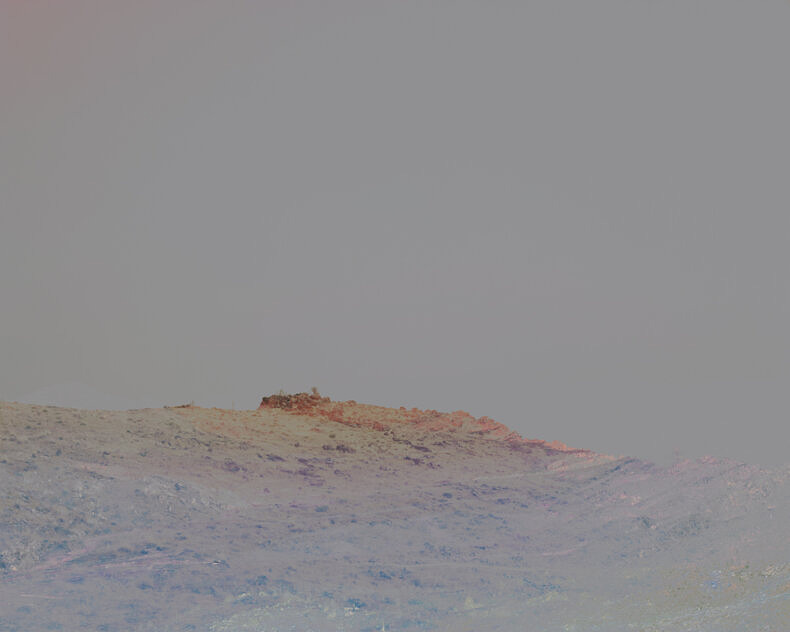 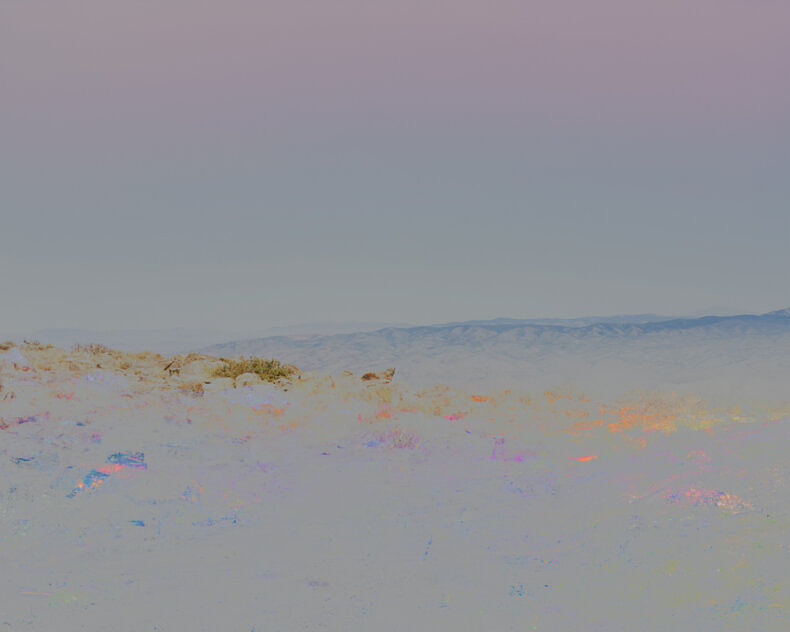 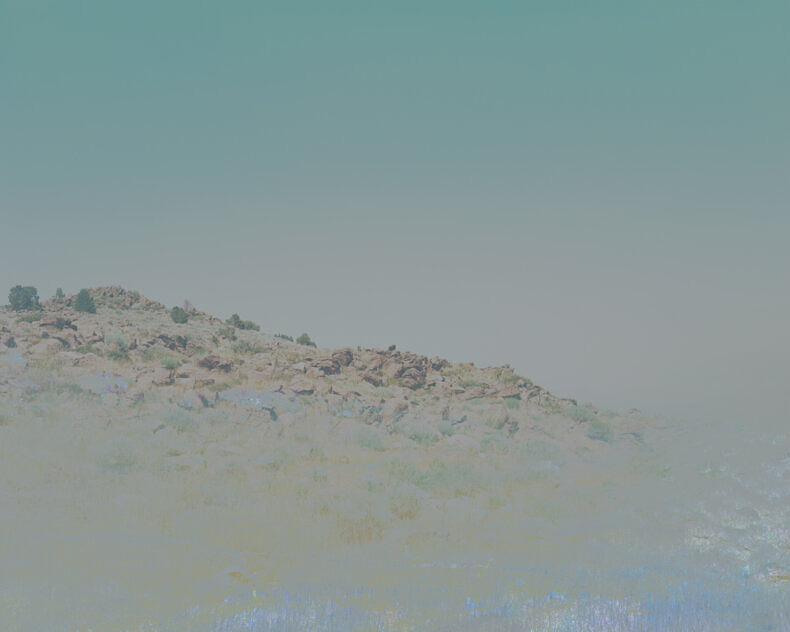 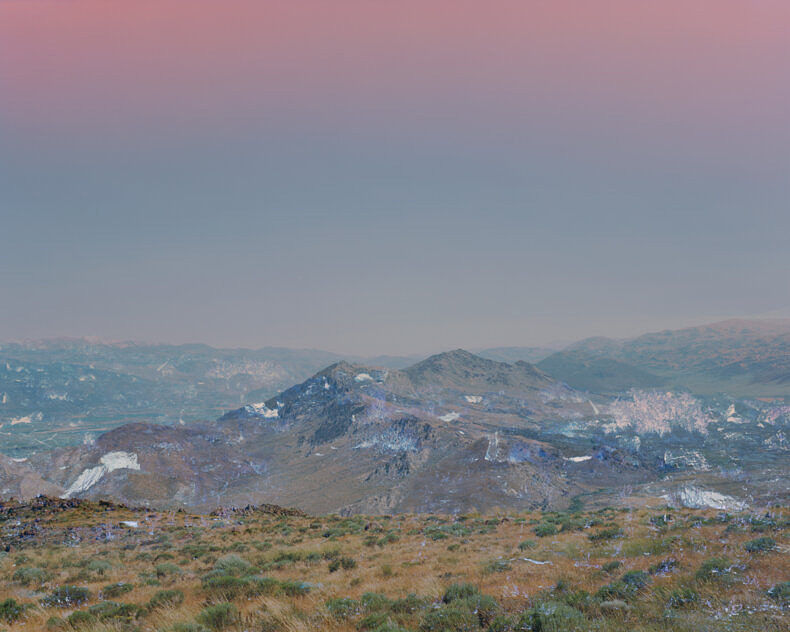 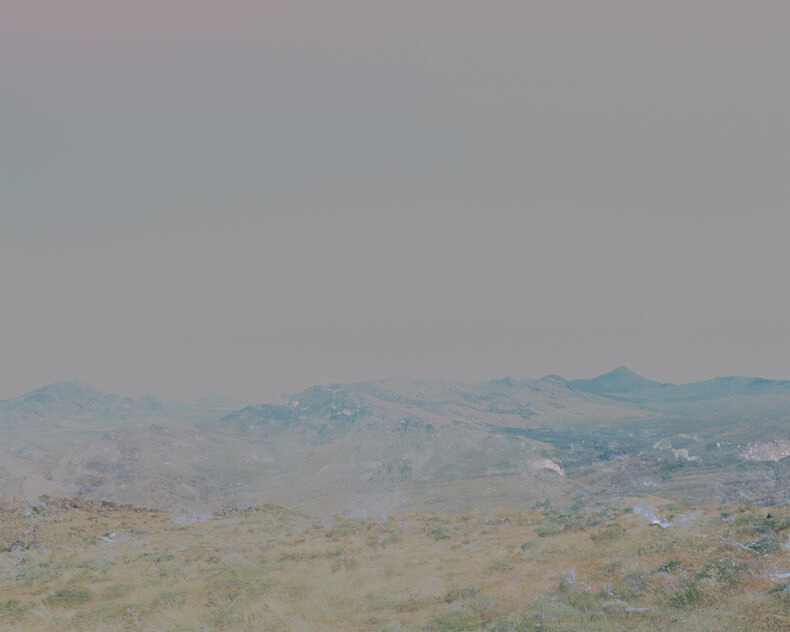 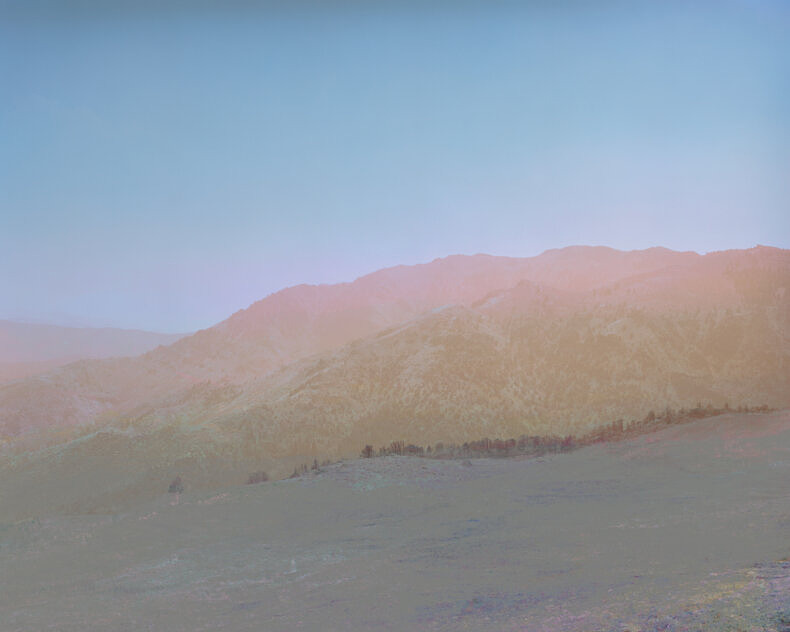 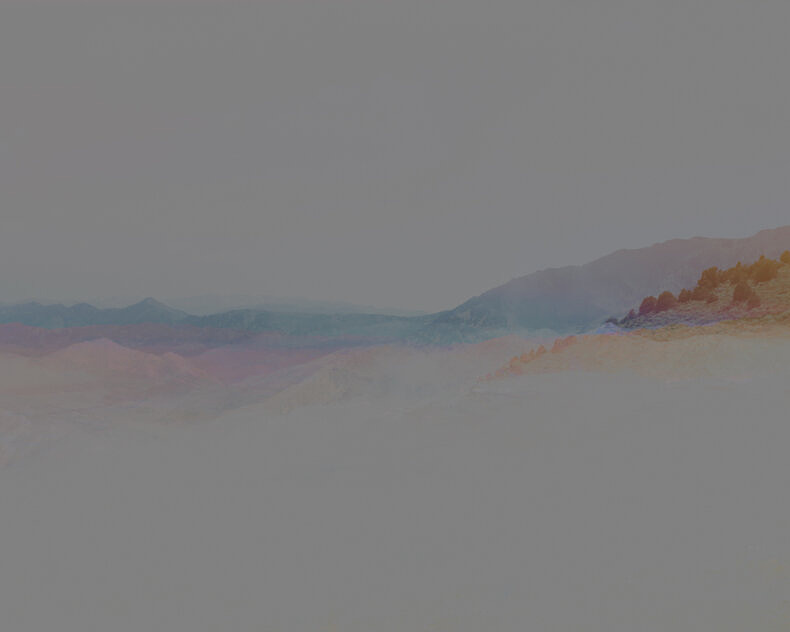 I first drove over Monitor Pass in 2007. Approaching the pass from the northwest over a high, semi-barren plateau, the air was thick with smoke blown in from a distant forest fire. A bend in the road revealed a spectacular valley, pointing south towards the wonders of the Sierras, shrouded in haze. I don’t tend to make a lot of photos traveling in unfamiliar places, but I felt compelled to pull over and set up the camera. I’ve traveled over this pass most summers since then, always stopping to make a couple of pictures.

The works in this series were made by digitally layering multiple photographs taken at Monitor Pass over the years since that first trip in 2007. Each image layer is set to interact with the others in a different way, its visual data variously amplifying, reversing or cancelling out specific aspects of the other layered source photographs. This digital accretion of visual information taken over a span of years creates a new space entirely, one that both reflects the dissolving boundary between natural and artificial in our contemporary world, and reveals the gap between our experience of the world and the way our minds and our memory reconstruct it.