A Small Guide to the Invisible Seas
Aikaterini Gegisian 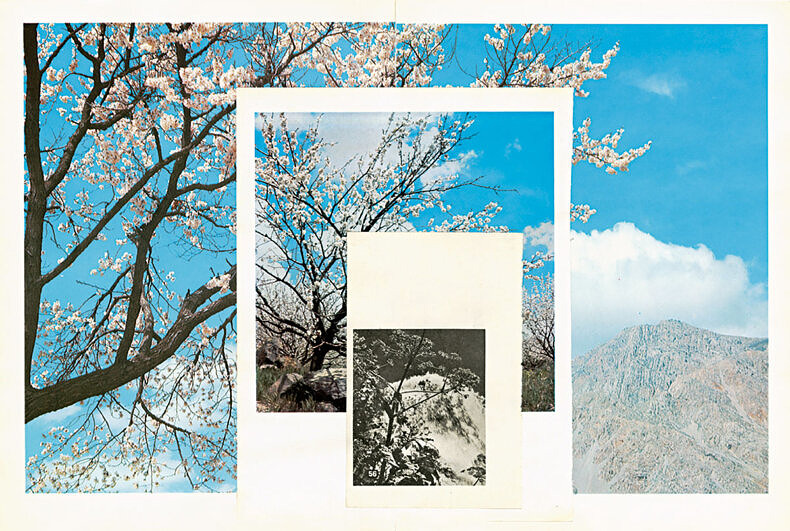 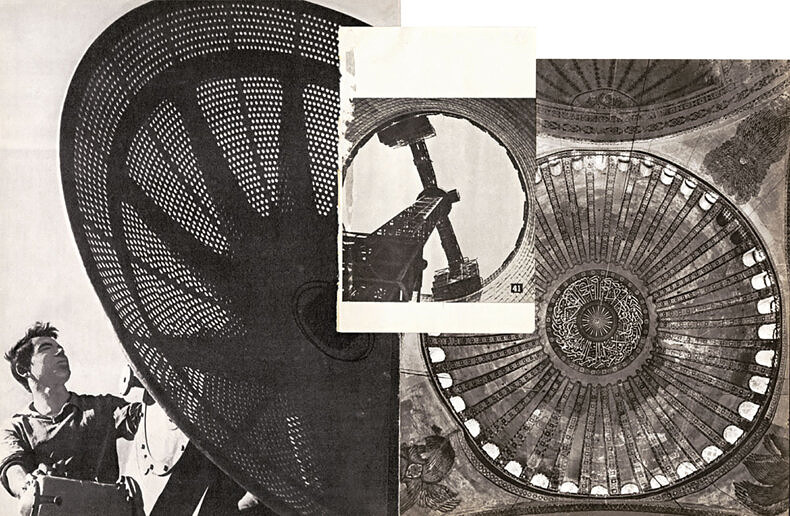 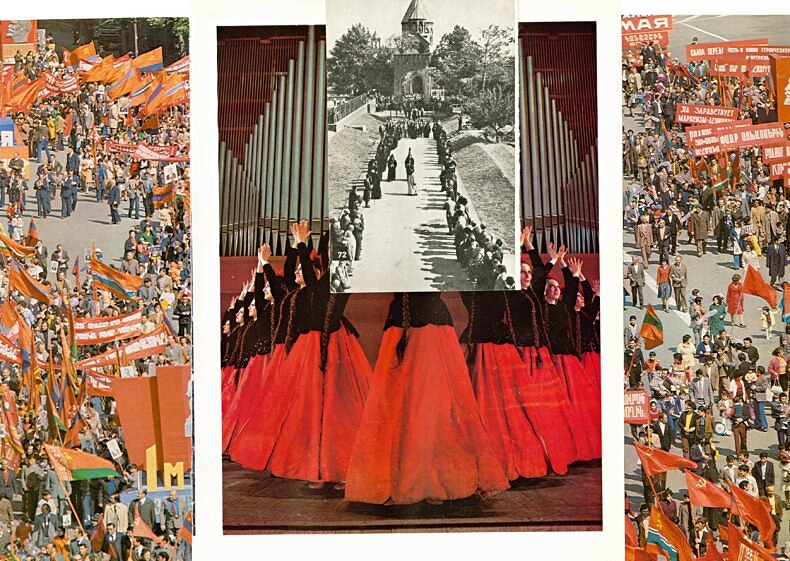 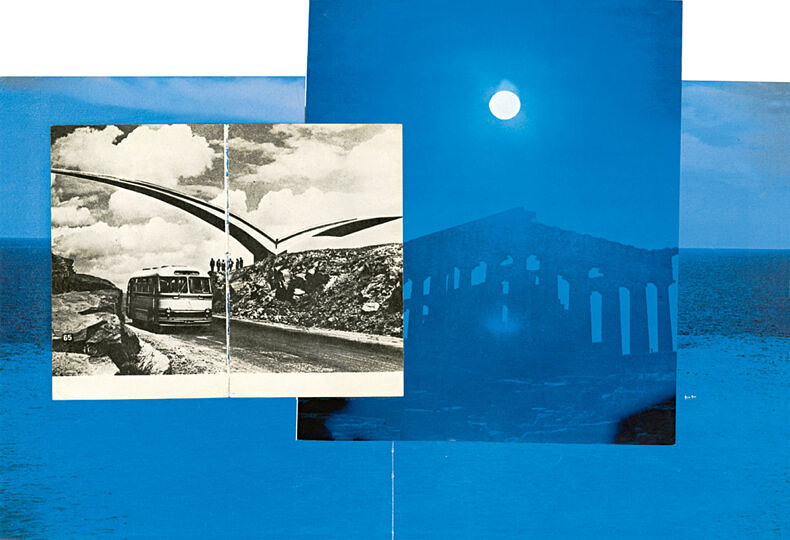 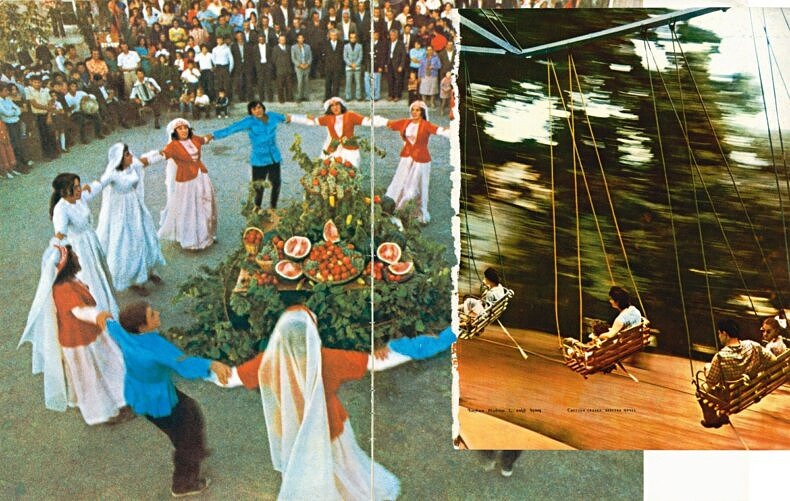 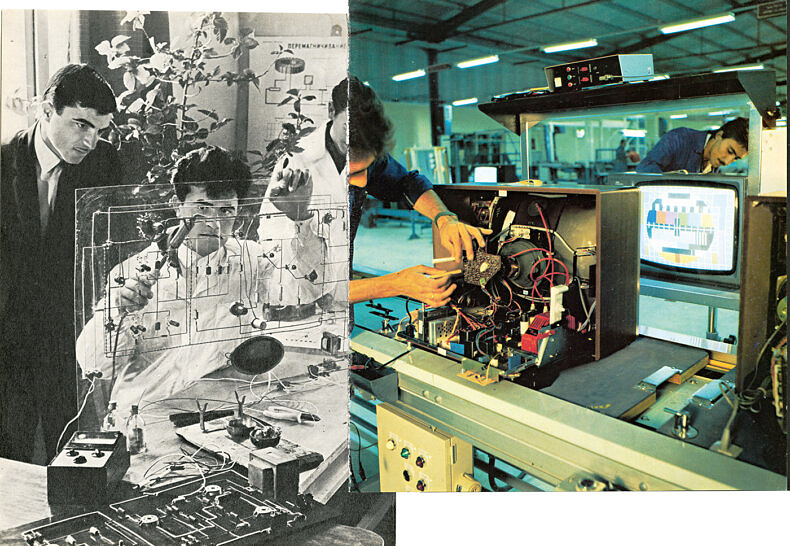 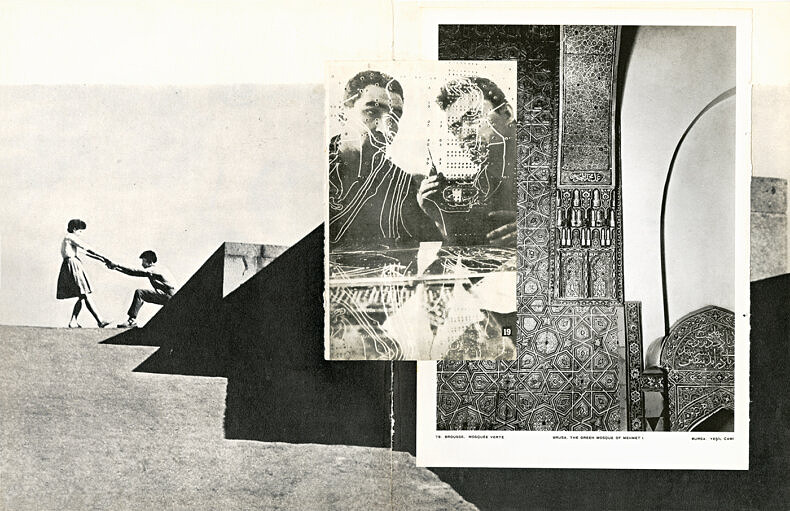 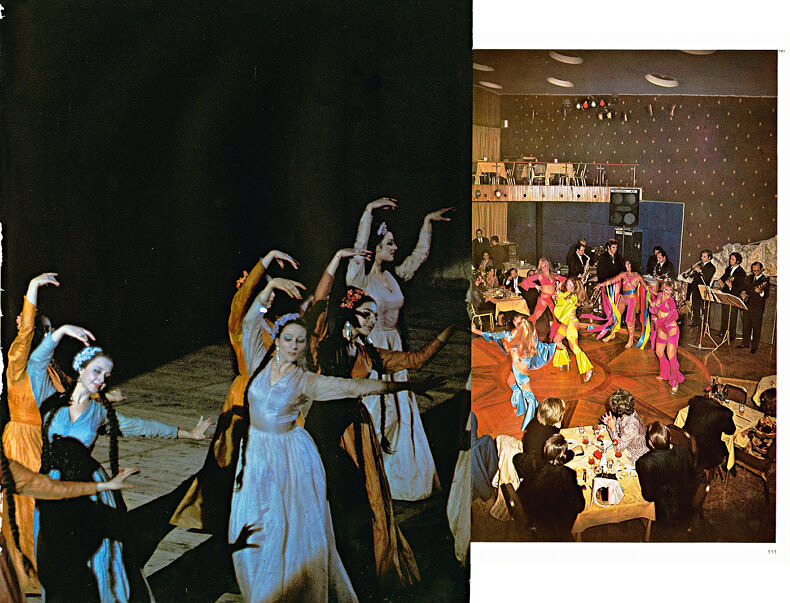 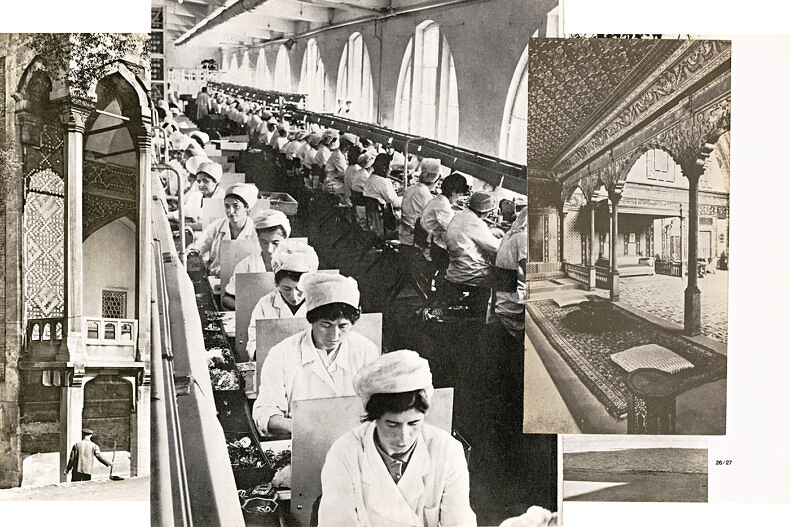 A Small Guide to the Invisible Seas is a series of 65 collages on paper & 100 copies limited edition artist’s book, produced for The National Pavilion of The Republic of Armenia, 56th Biennale Di Venezia, 2015. It is based on an extensive collection of vintage tourist catalogues and coffee-table style photographic albums of Soviet Armenia, Turkey and Greece (produced from the 1960s to the early 1980s) that function as nation building mechanisms: they narrate through photography an image of each nation. A Small Guide to the Invisible Seas assembles these heterogeneous images produced in diverse geographical, ideological and historical contexts into a series of seven chapters that follow the logic of the Seven Seas (an idea used over centuries to describe a diverse set of geographical settings). The project offers a metaphysical and gender re-reading of the nation building forces shaping the original material, a reading that both mimics narratives of cosmic inception (the birth of the nation) and echoes feminine and masculine metaphors (mother Armenia, the father of the nation). These seven seas (of echoes, reflections, passions, departures, actions, waves and images) also reflect on a particular moment in the history of photography, when the printed image became a marker of modernity, aiding the development of a visual culture that turned the world into an image to be consumed.