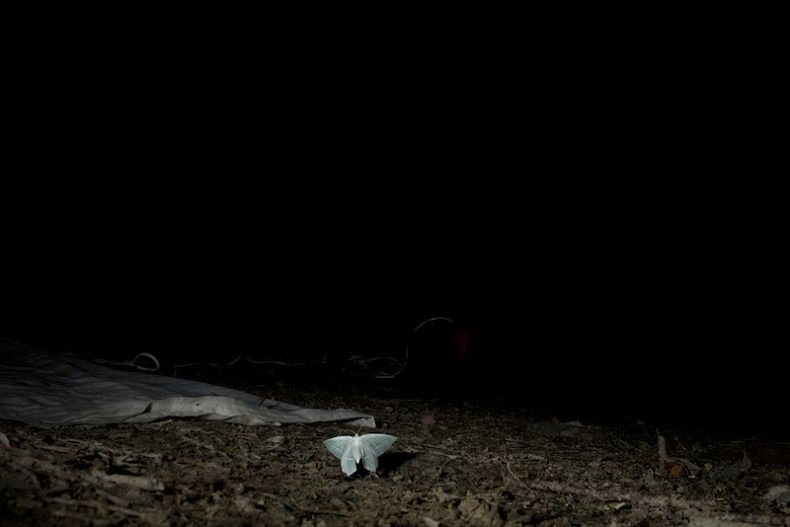 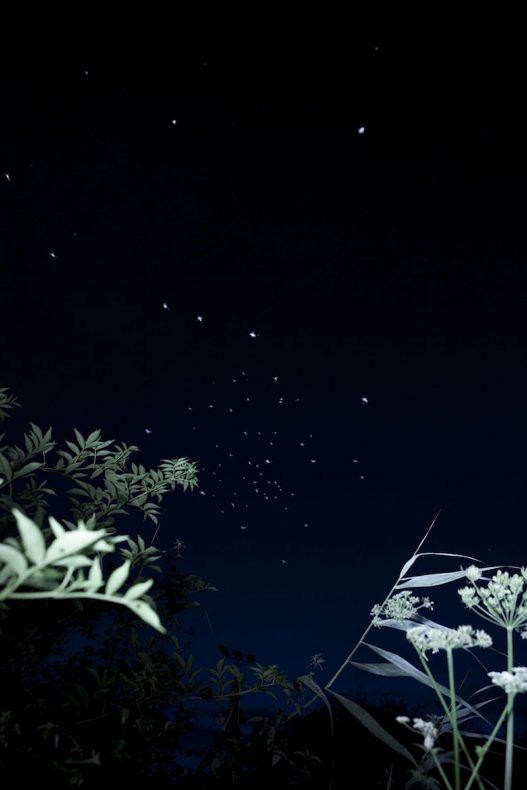 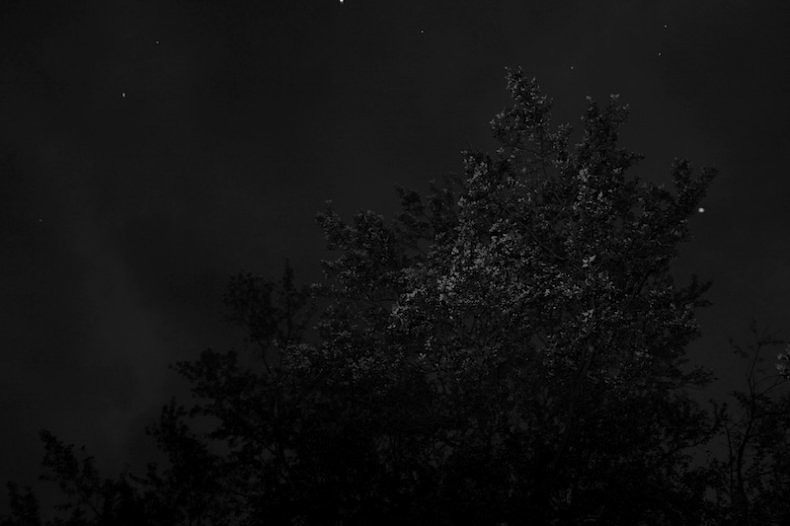 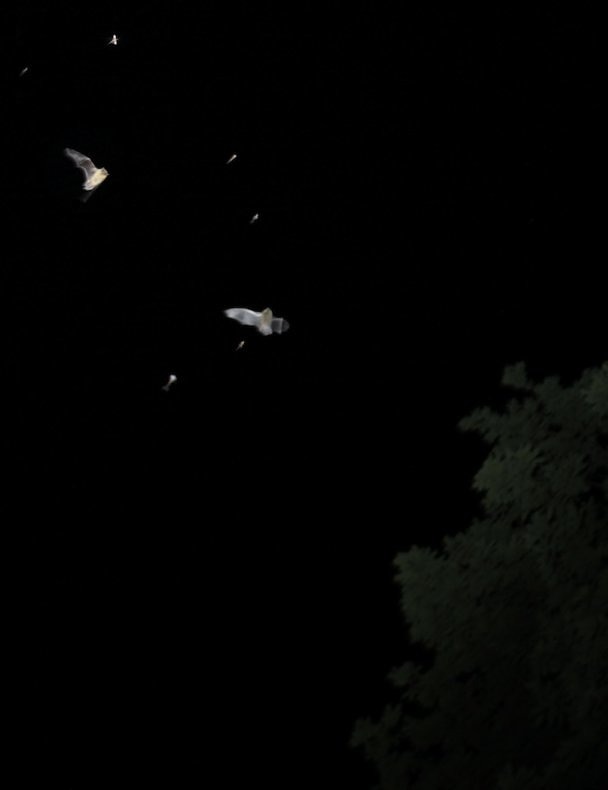 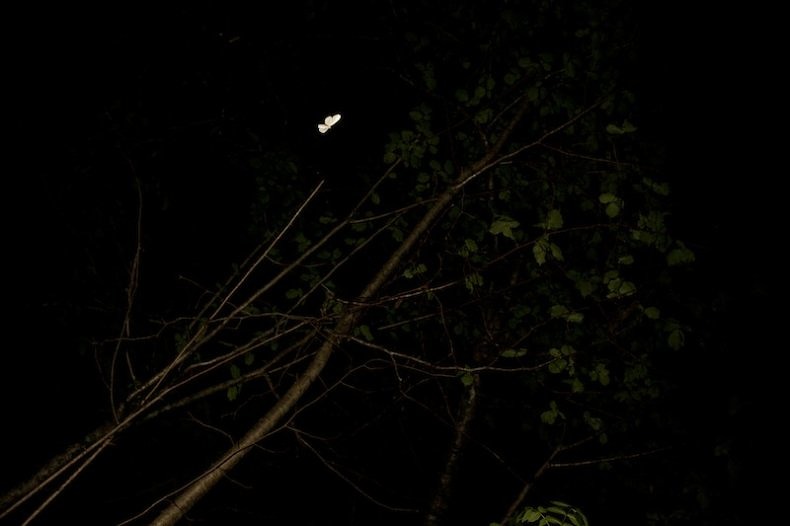 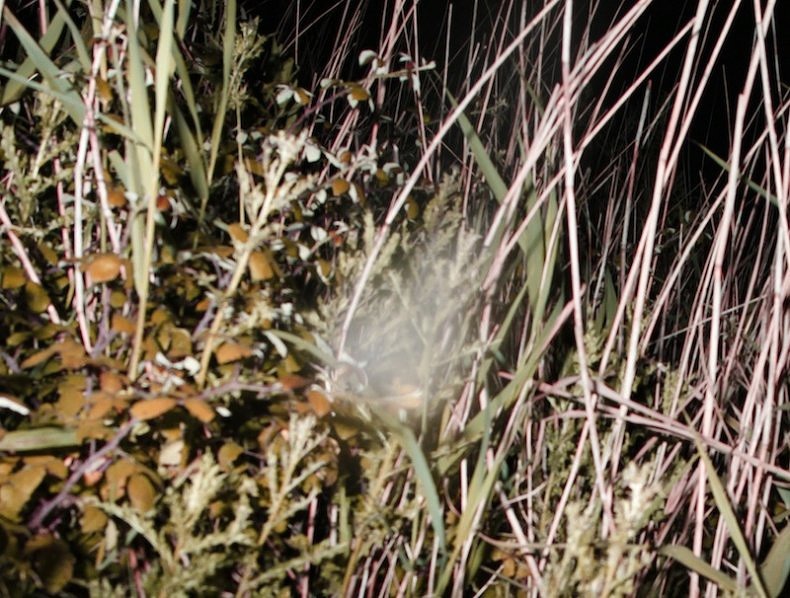 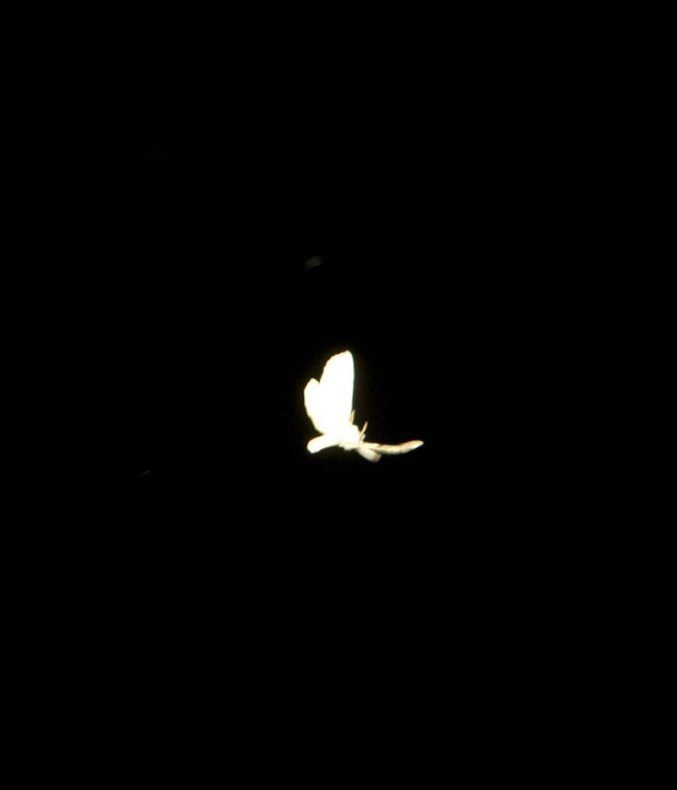 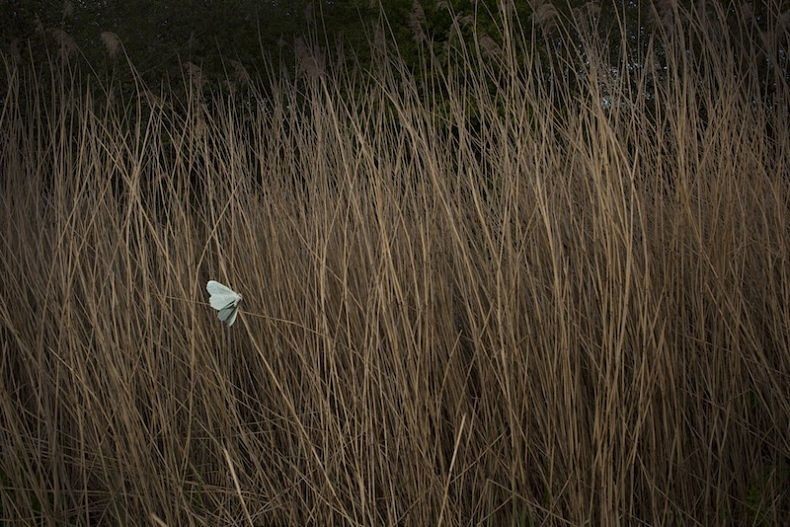 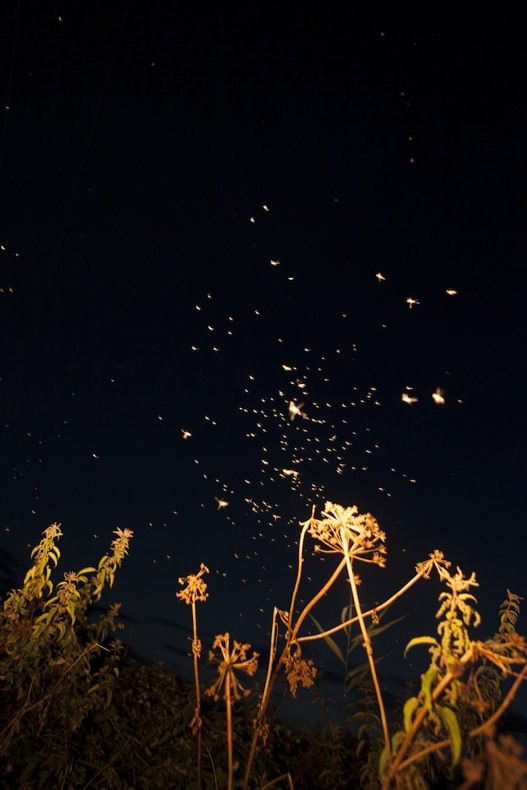 Invocations is an exploration of a series of particular encounters between humans and insects; an intense journey to capture the unfamiliar and to understand Nature’s grand fleeing from Man but also to comprehend Man’s attraction to other forms of life.

Violence and grace are constantly present in Invocations and pursue the observer as he walks in the dark. Flight and restlessness are paired with moments of vulnerability and enlightenment.

This series of photographs is the result of numerous visits to moth trapping sessions across the British mainland during the period of two years.
Moths and people are portrayed alongside the dark nocturnal landscape that involves them.