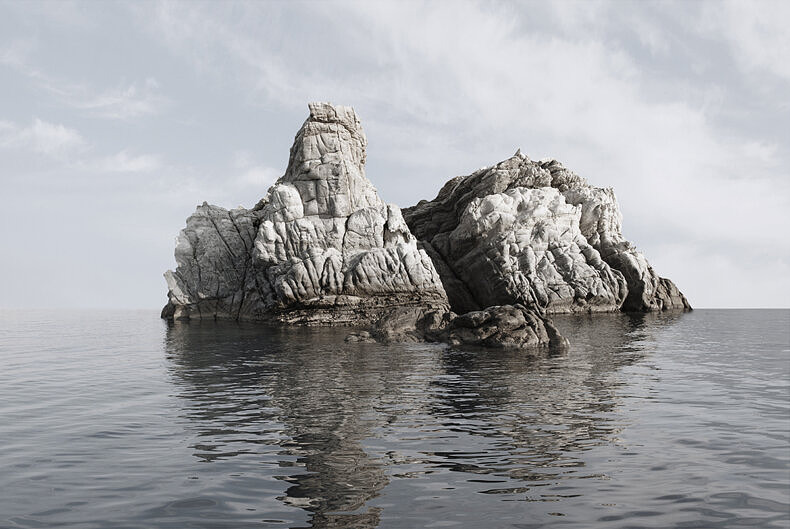 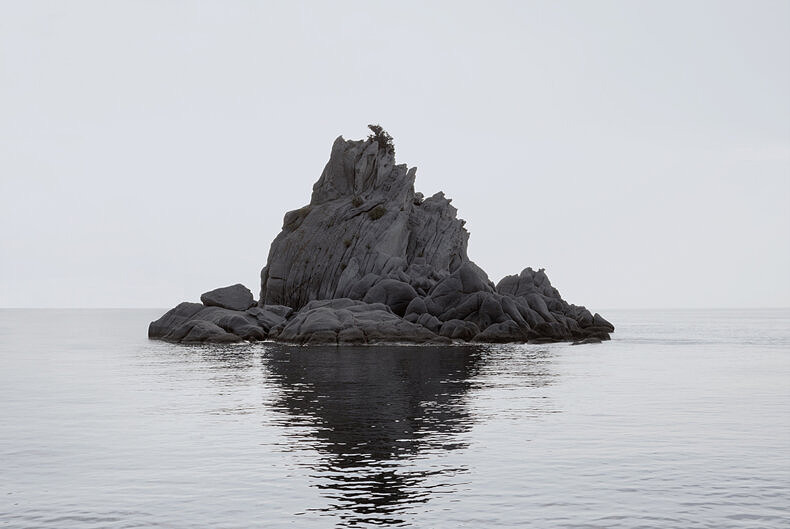 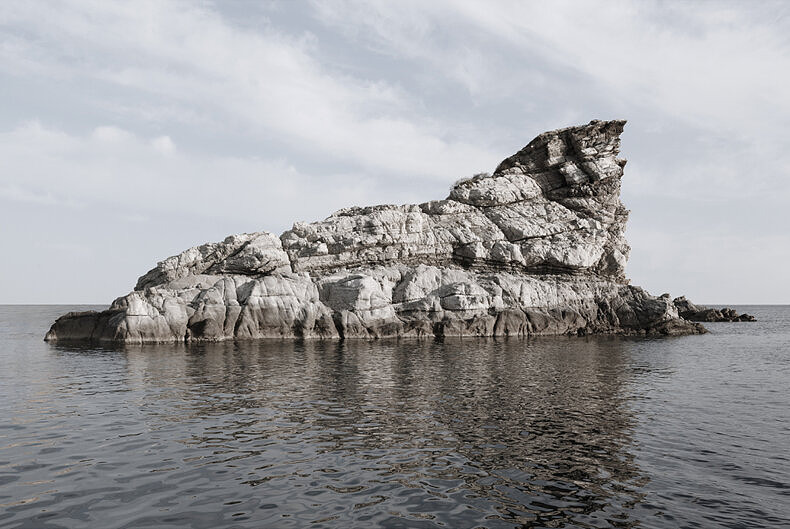 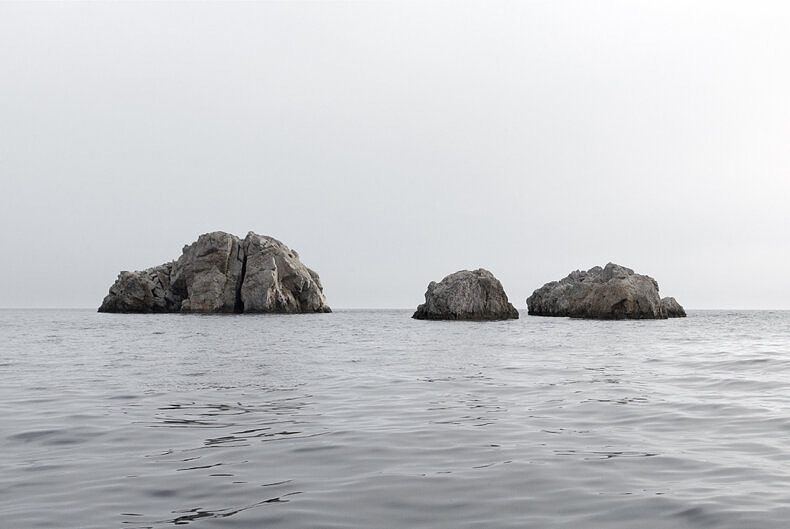 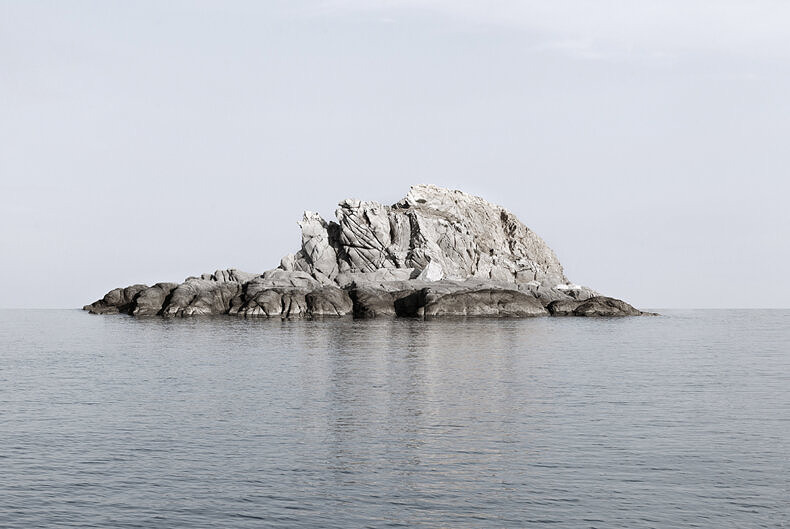 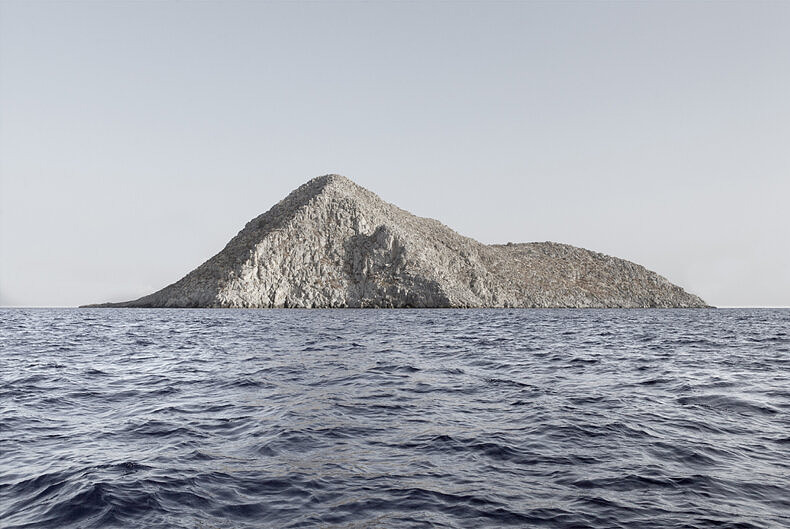 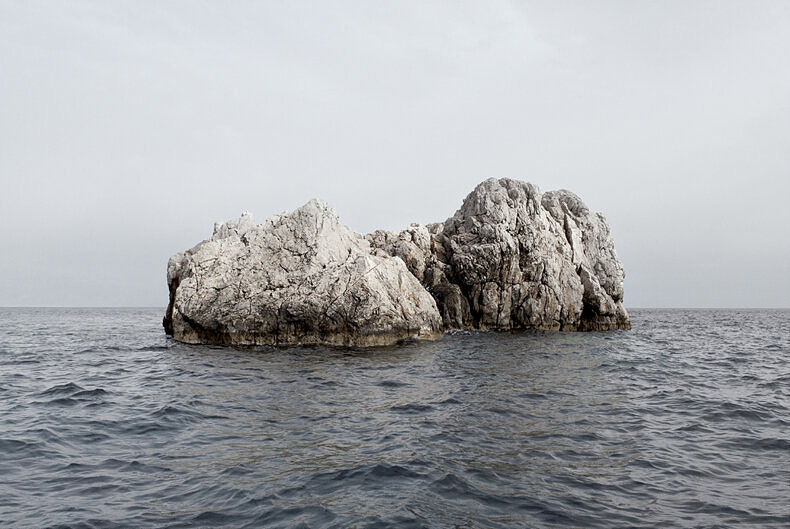 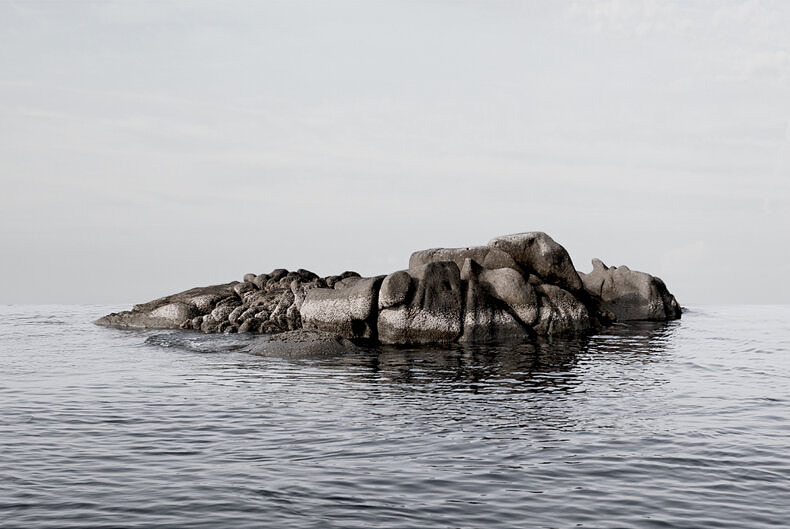 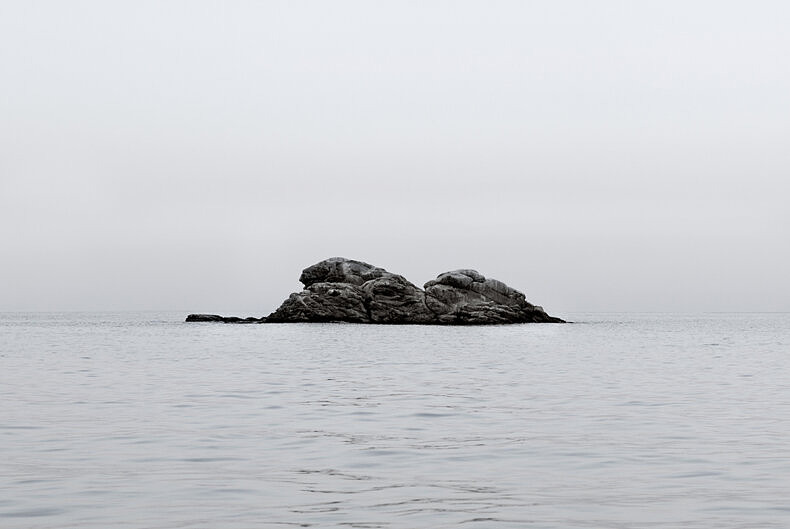 The project, titled Island Hoping—an optimistic wordplay on the notion of island hopping—explores images and myths of the Mediterranean, a geographical entity, but above all an imagined reality, in which the appreciation of beauty and a collective spirit are deeply ingrained. The Mediterranean is sometimes described as a cultural space, but in fact its historical and political reality has always been more complex.​In these meticulously structured photographs, islands and rock formations emerge from the sea in an indeterminate landscape. Because of their morphology and ruggedness, the rocky shores of the Aegean islands evoke ambiguous emotions that lie between optimism, hope, and uncertainty. Christina Dimitriadis’s aesthetic approach transforms the landscape from hospitable to barren.​The starting point for the series was a black-and-white photograph of Helgoland, an island in the North Sea with a distinctive political and geographical history. It is also the birthplace, on the maternal side, of the Dimitriadis family and the beginning of a continuous biography of migration. Past and future, individual and collective flow together, making Island Hoping a hybrid of North and South.​Christina Dimitriadis notes, ‘Through these small, rocky islands, I sought to focus on a distinctive landscape, which mostly goes unnoticed. These photographs compose a different ‘map’ of Greece, a second reading of the country, questioning commonplace, stereotypical imaging.