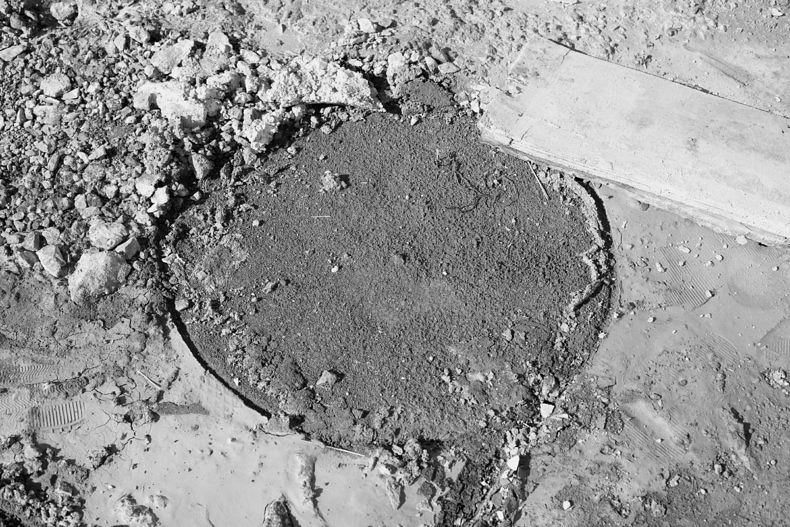 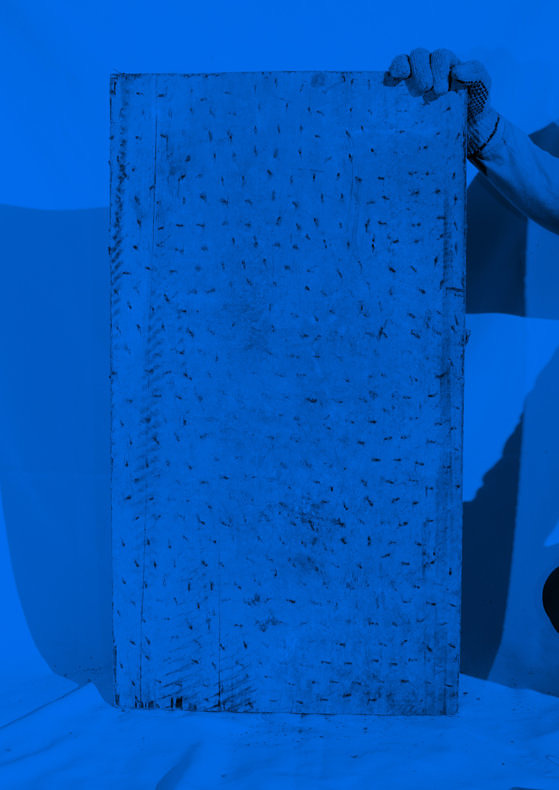 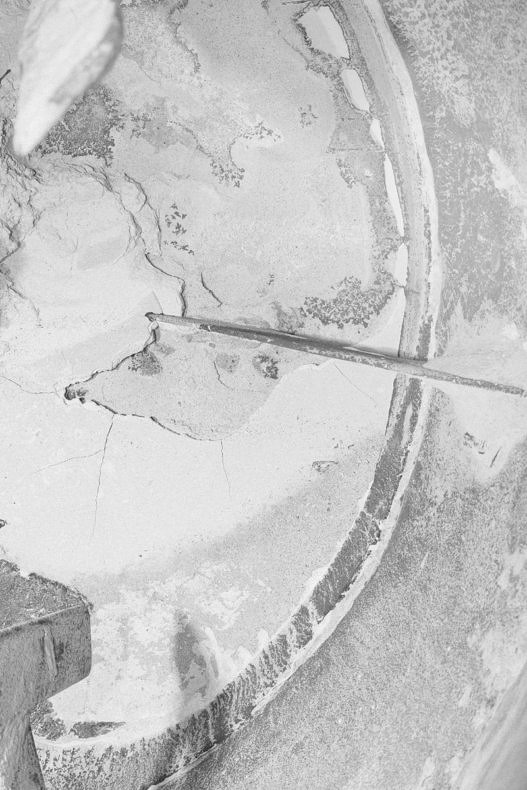 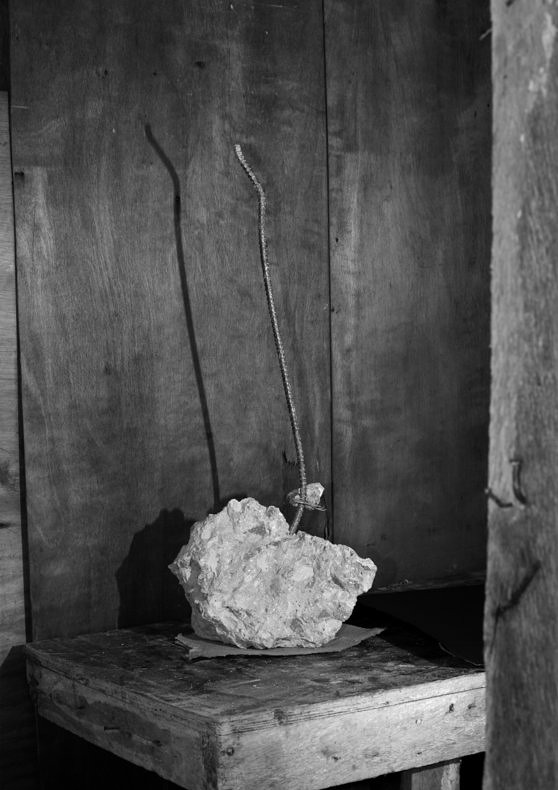 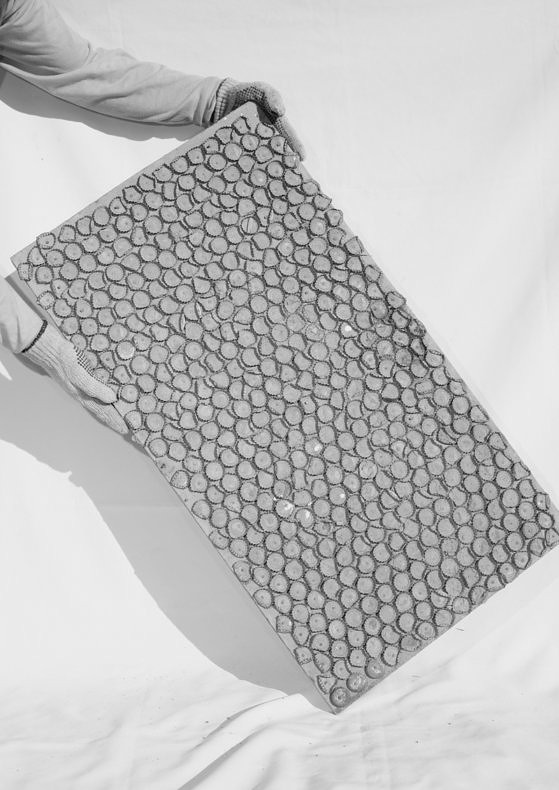 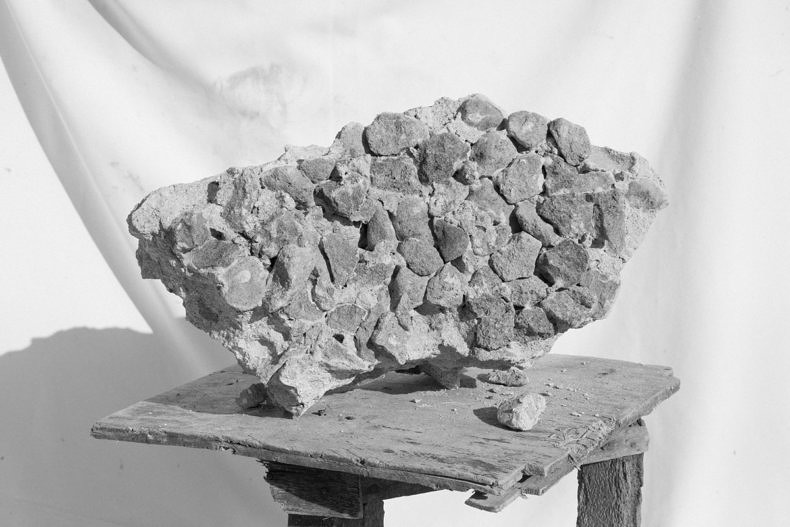 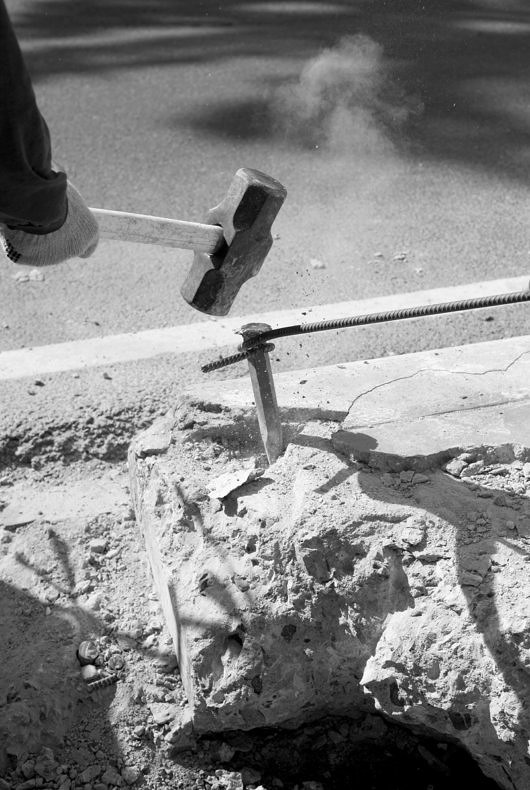 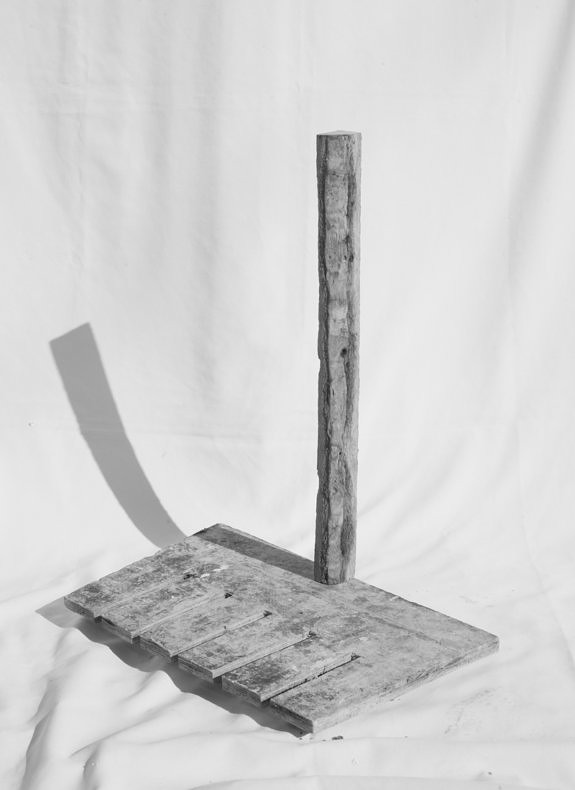 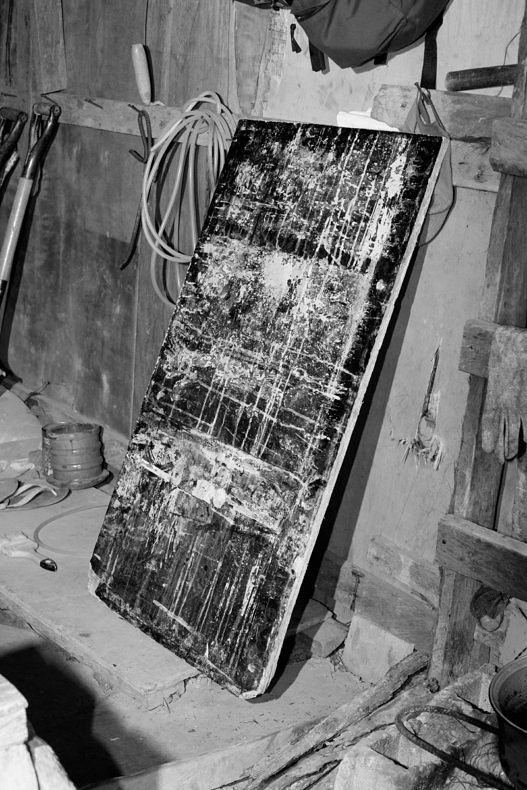 Configurations is a collection of traces, leftovers. Considering a construction site in Laguna as his de facto studio–one that exists only temporarily–Kristoff recorded the process of architectural development in a series of five visits. His focus was not on the structure itself but on smaller fragments: faceless workers and the ready-mades they leave behind in the process of construction. The final product (a parking lot) is implied but never shown, as the photographer’s interest is decidedly focused on the journey of “transition rather than the finished product or activity.” This reflects the impossibility of relating to a rapidly growing (Third World) megacity as a whole, because it expands at a rate and to a size that is not human in scale, that is difficult to digest. The only response to this booming, seemingly unsustainable growth is to apprehend the megacity as a collection of tiny parts, traces, memories of empty spaces now aggressively filled and developed, the scars of a simplicity so easily lost, forgotten.