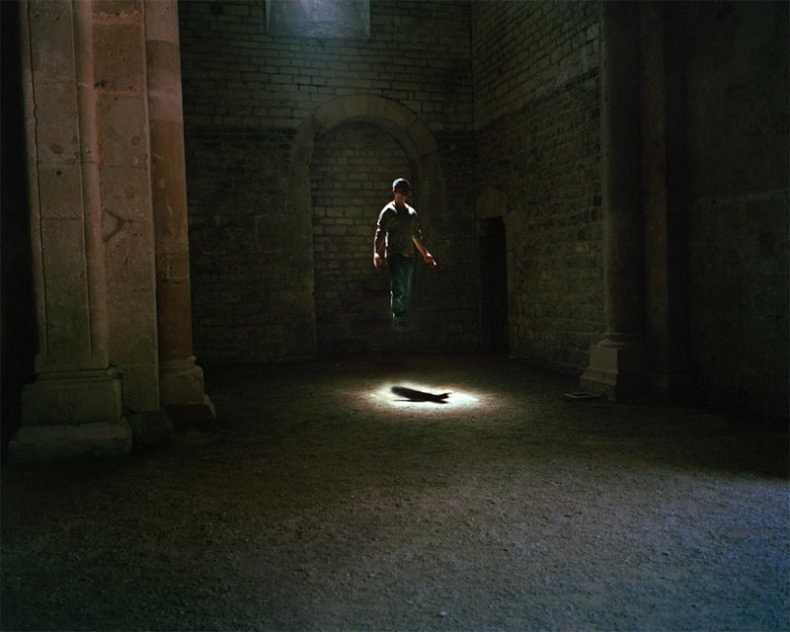 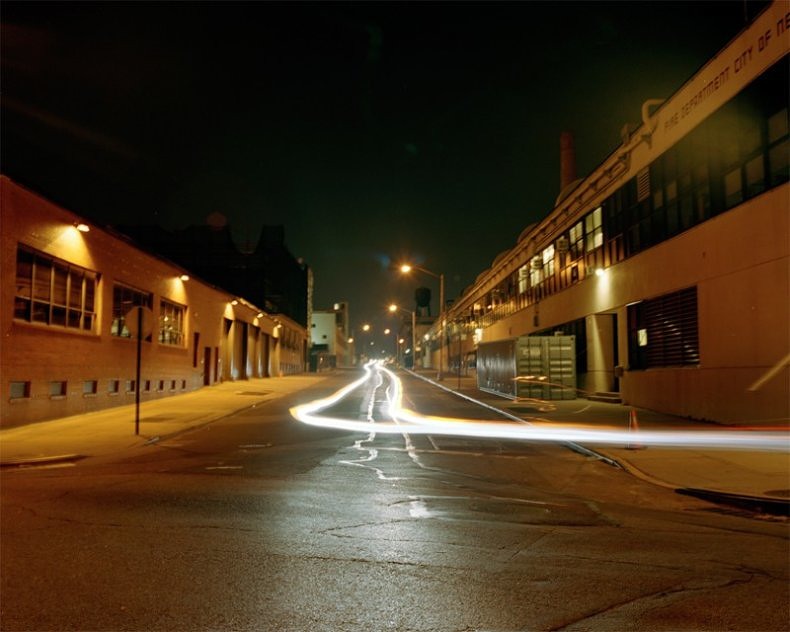 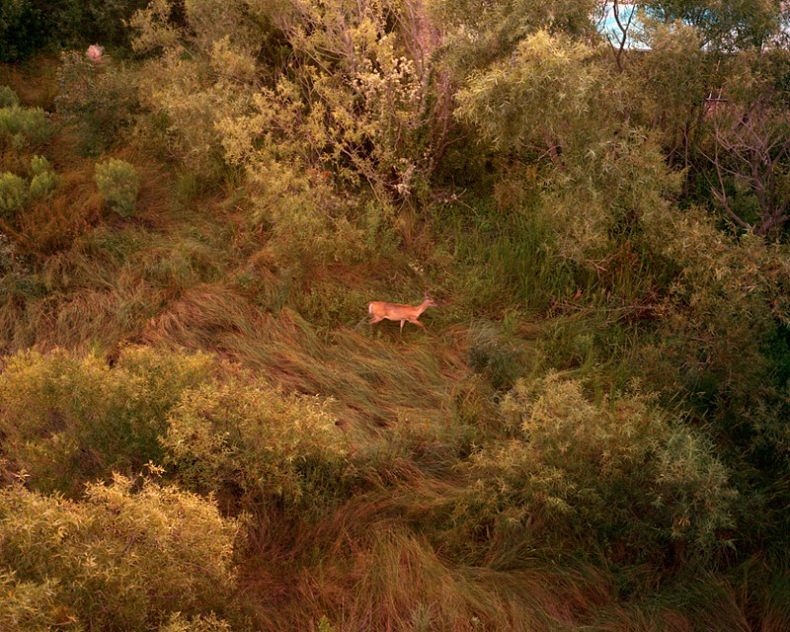 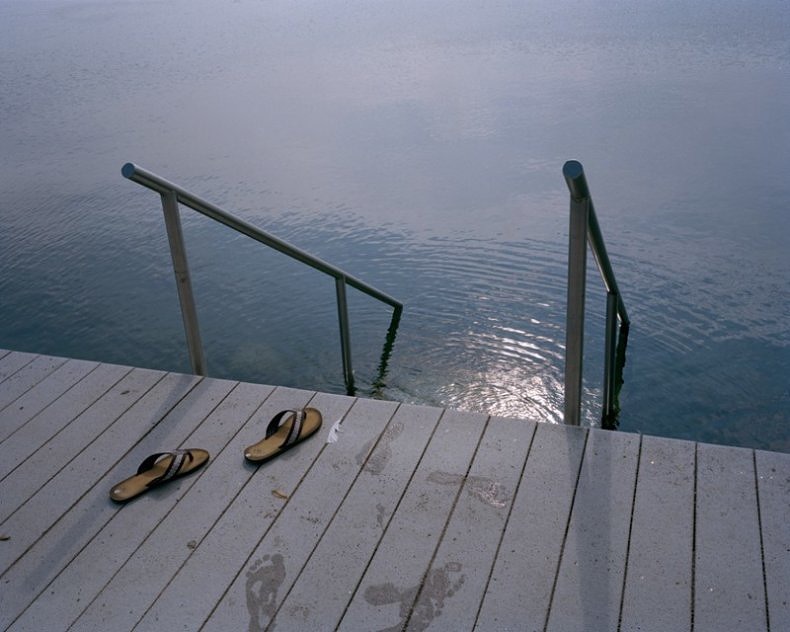 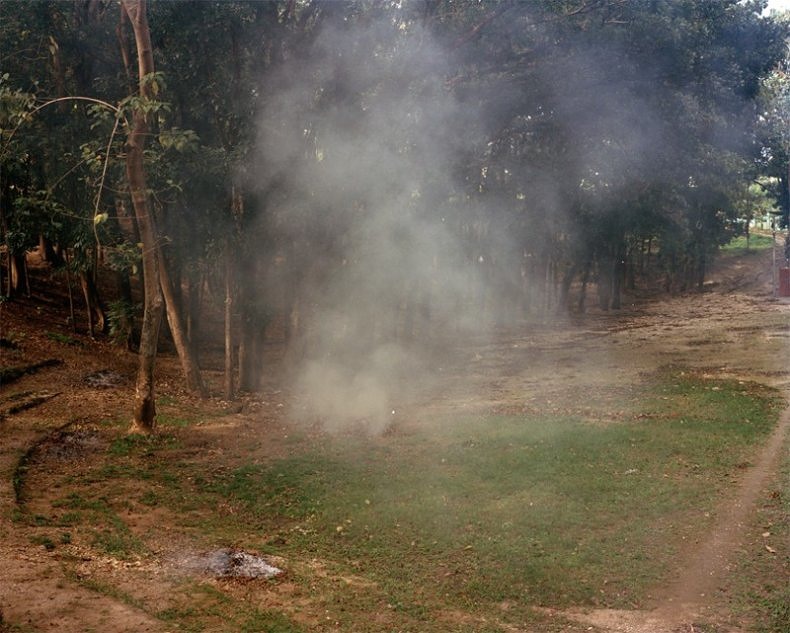 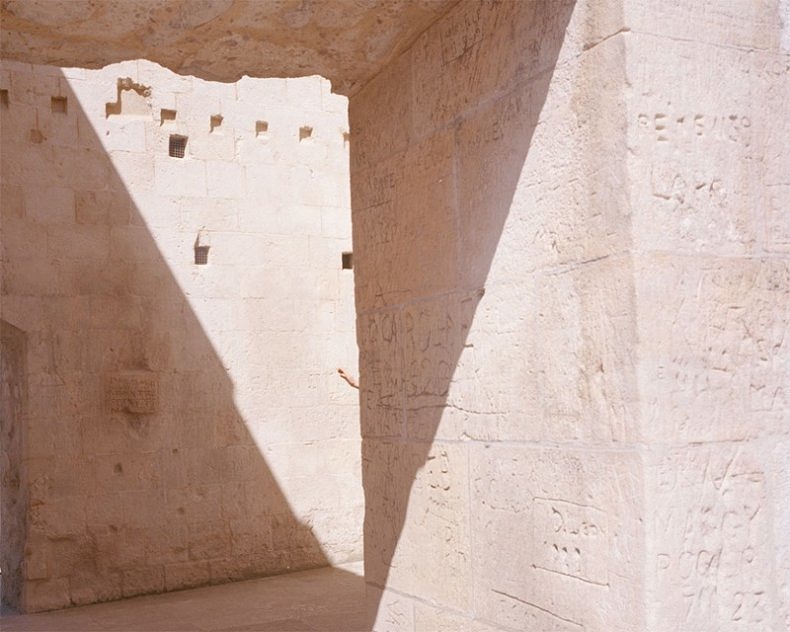 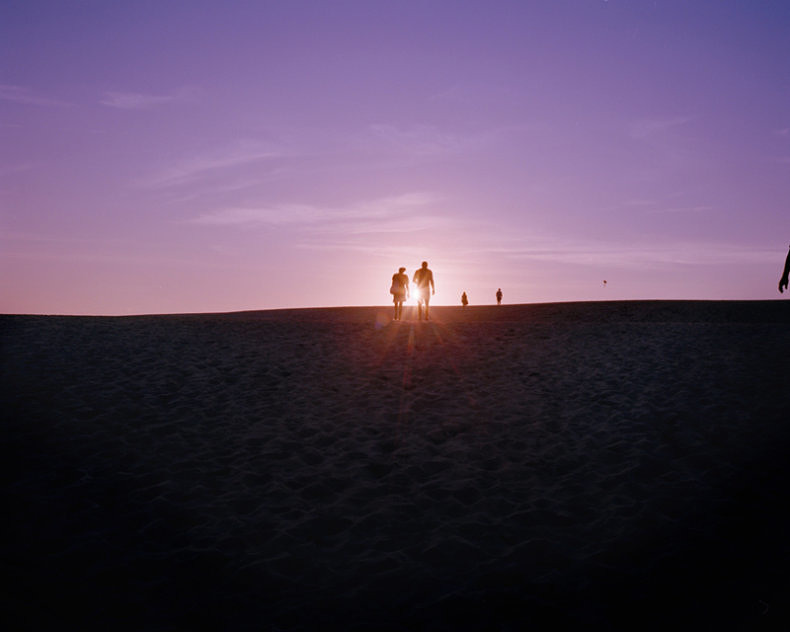 In “Lighght,” the act of making a photograph is used to respond to a visceral impulse that occur, almost always spontaneously and unplanned, in those fleeting moments when the commonplace suddenly bursts out into a pulse of the lyrical, when the prosaic turns into the poetic, when the habitual becomes extraordinary. In Sontag’s “On photography,” the photographer is described as a solitary walker, stalking and cruising, and in the end becoming adept at the joys of watching. He is the flaneur who finds the world “picturesque.” The photographs in “Lighght” were made during states when the photographer was thatflaneur, sensitive to the innate need to see beauty and to seize it before it goes away with it’s tenuous grip with reality. A hand jutting out into the light on the ancient walls of a Roman arena, the headlights of a car making it’s imprint on a slowly exposed film, a deer crossing unexpectedly in the line of sight, all these moments represent the rewards of looking, of sensing, and of responding to a world that pulses and breaths that ineffable quality.