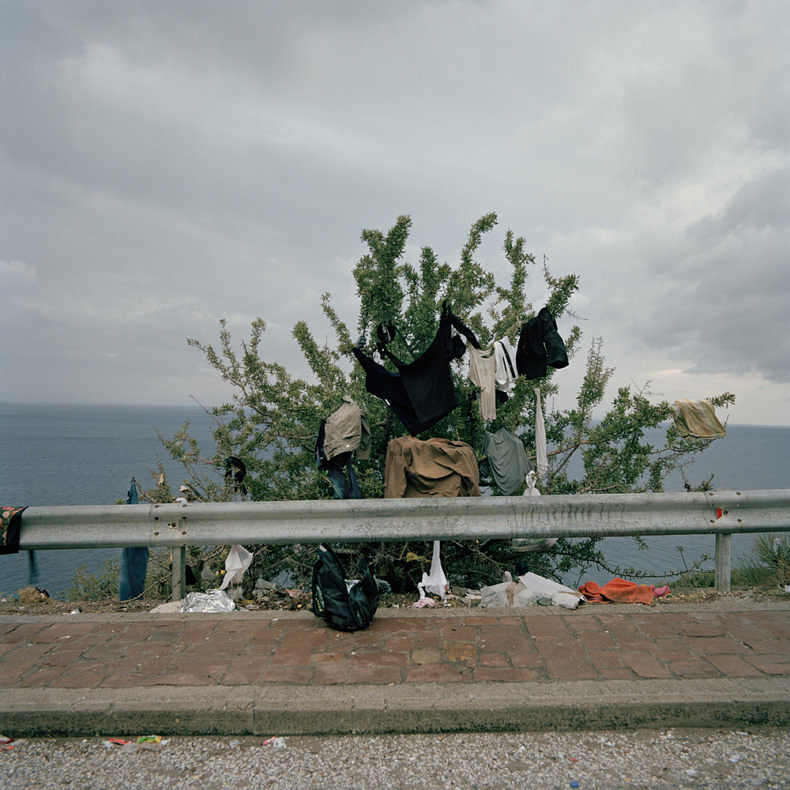 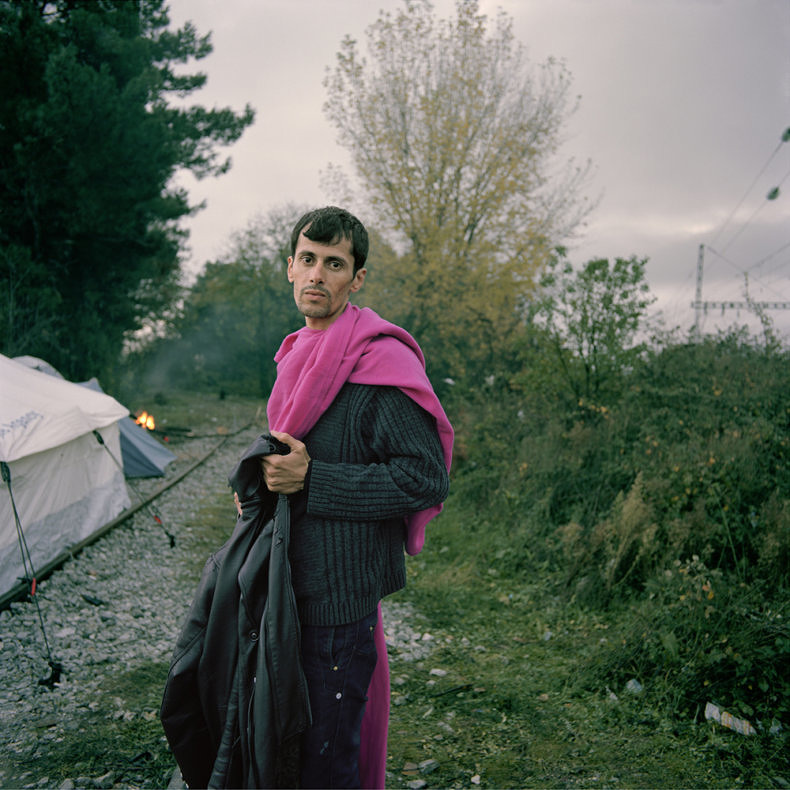 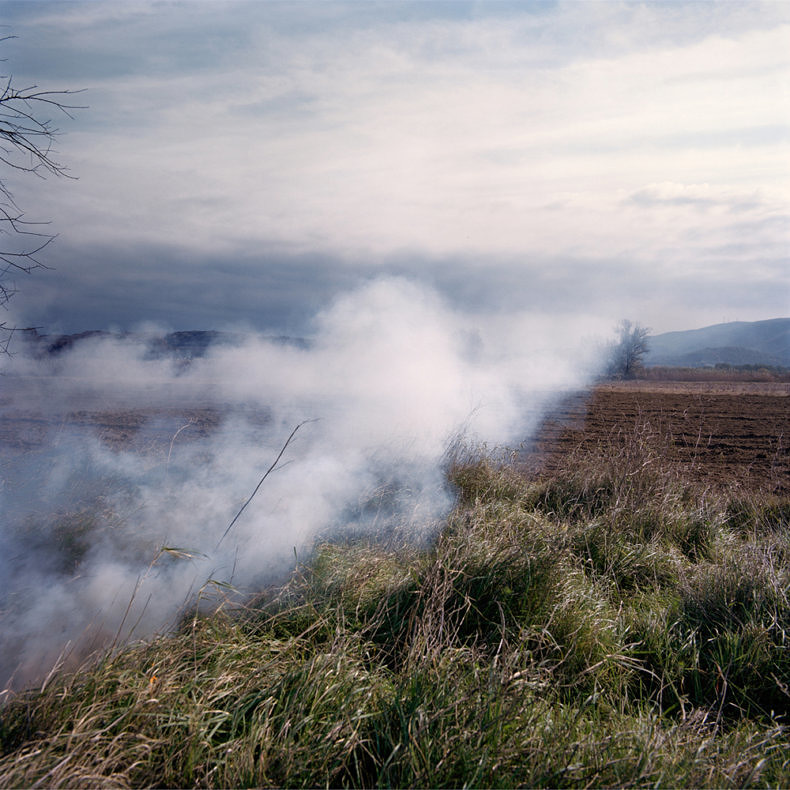 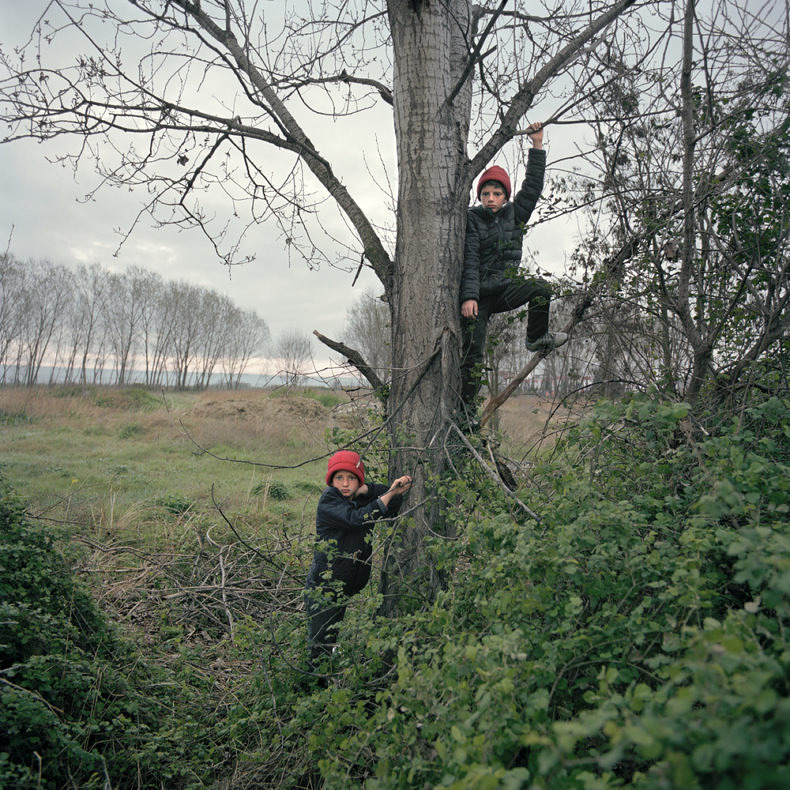 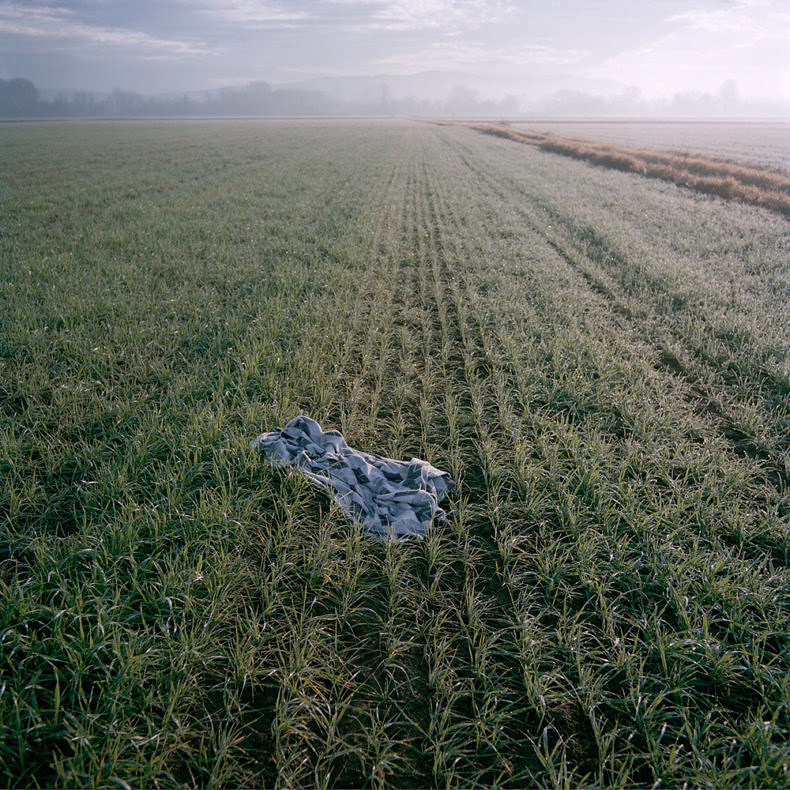 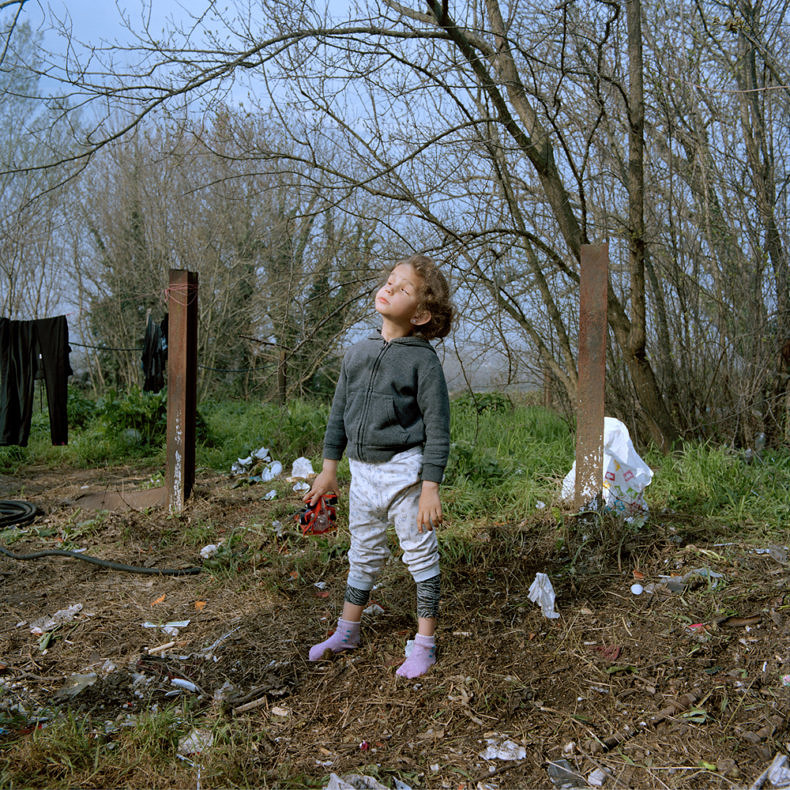 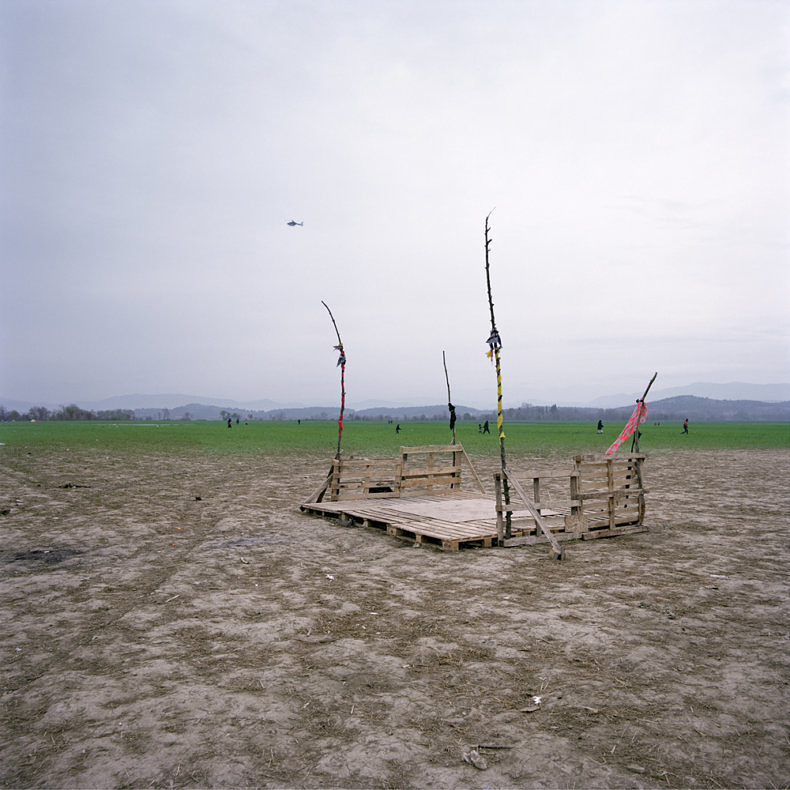 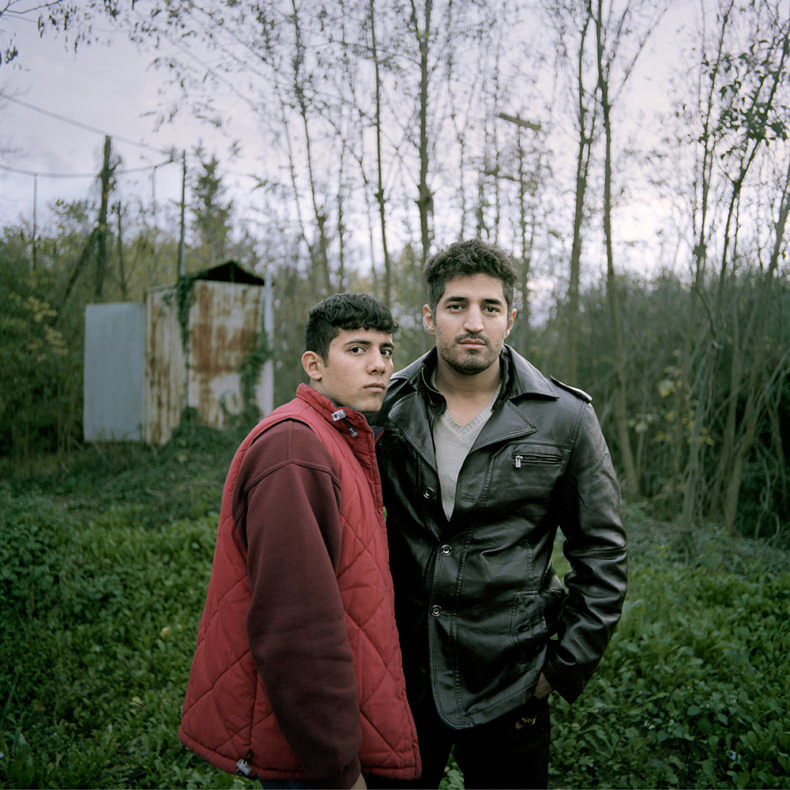 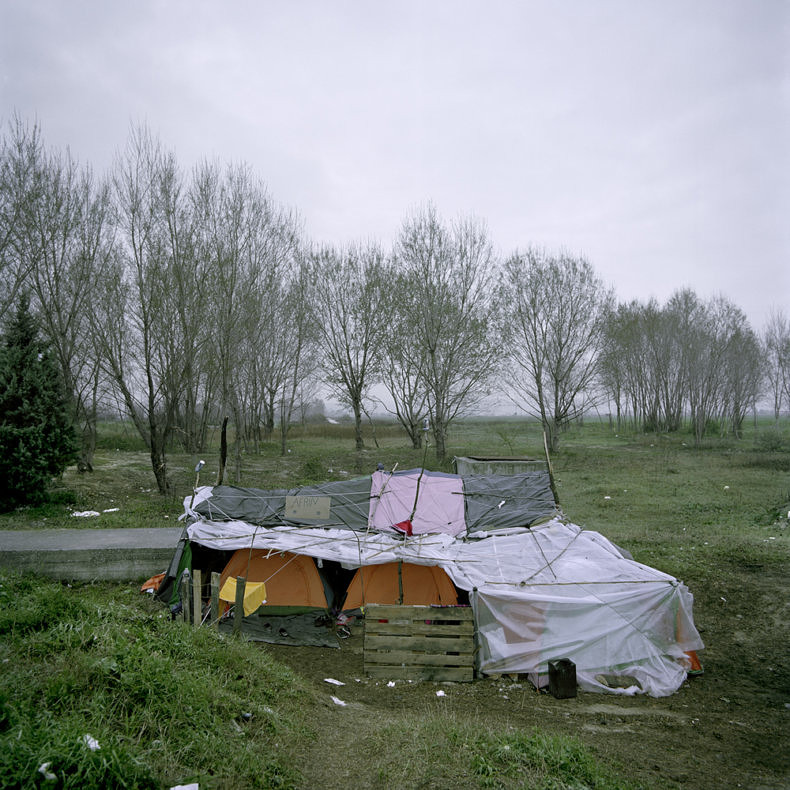 CAESURA is a collection of photographs which refers to the transitory state of those people entering Greece, after crossing the Aegean Sea on their way for a new life in Europe. Typically CAESURA manifests a brief silent pause in the middle of a poetic verse or a musical phrase, used in this context as a metaphor for a silent break amid two violent and distressed periods.

The characters of CAESURA have a temporary identity as they stand in front of the camera in a state of transition and uncertainty, transmitting an ambiguous feeling of restlessness and tranquility; emanating a sense of intemporality and durability as if they have existed beyond time. They stand still on the verge of name and anonymity, almost suspending between two discontinuous moments. The surrounding space remains uncertain, reclusive and undisclosed -without distinct landmarks –yet at the same time it is an actual and relevant topographic context. It is a space “amidst”, caught in a transitory time “in-between”. CAESURA is a collection of personal narratives and private moments of people who are caught by time in an intermediate and neutral space, pausing before they continue their journey while at the same time they build and shield those temporary microcosms, which they create en route.

CAESURA does not attempt to provide answers or simply make a historic account about this phenomenal mass exodus by showing the human agony, but rather raise questions about the human condition and identity.