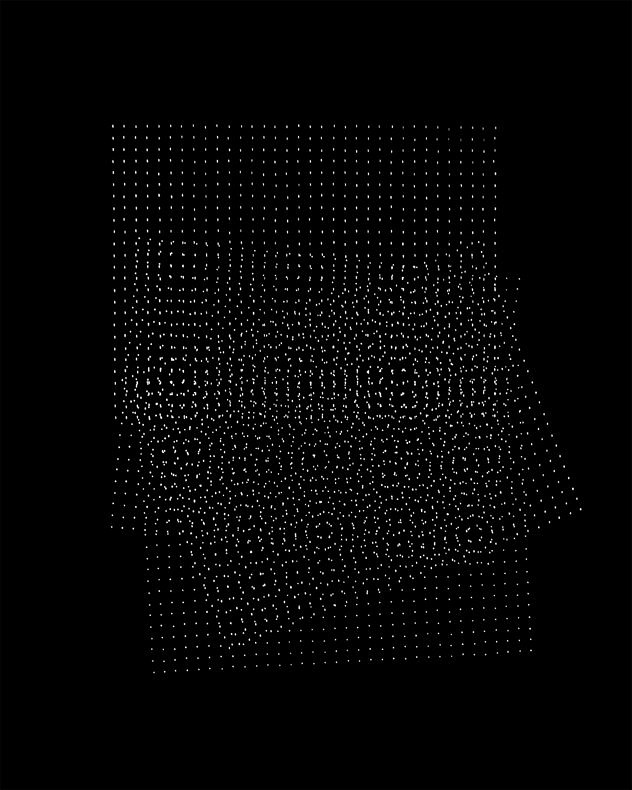 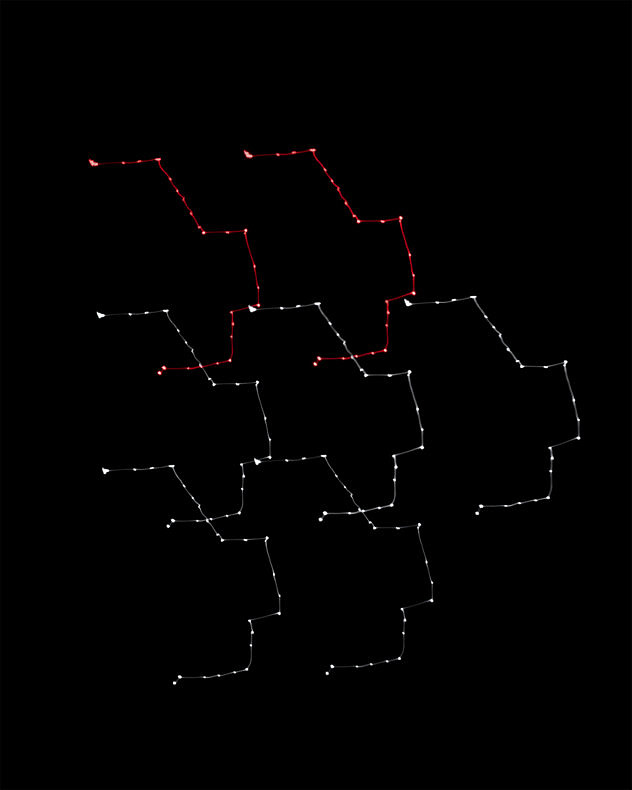 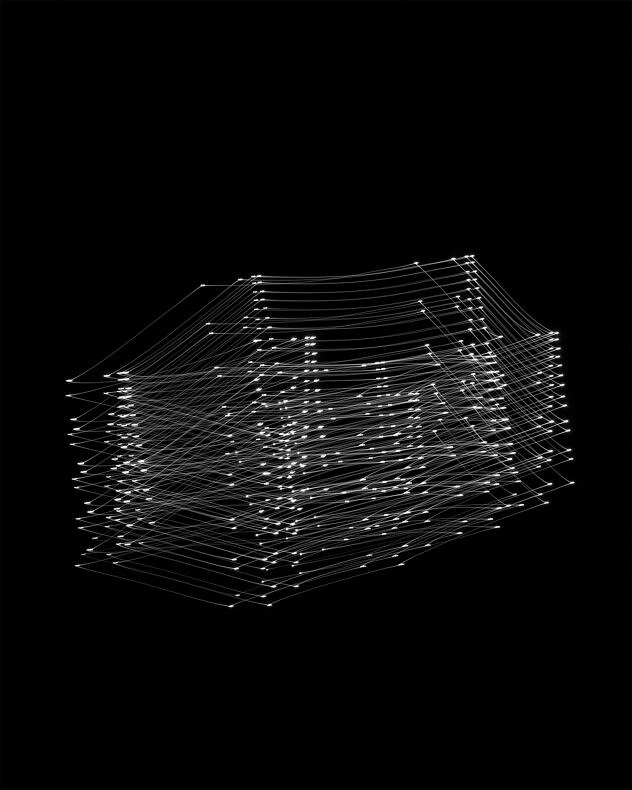 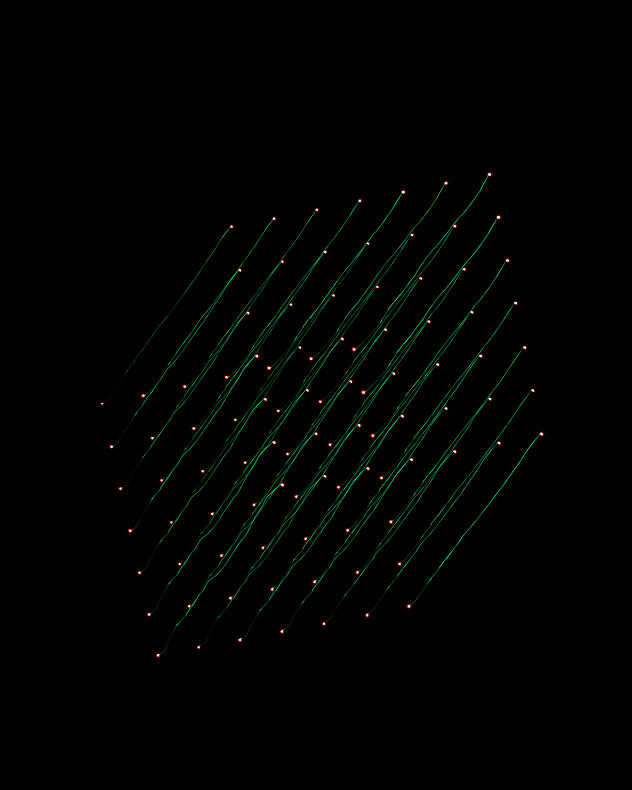 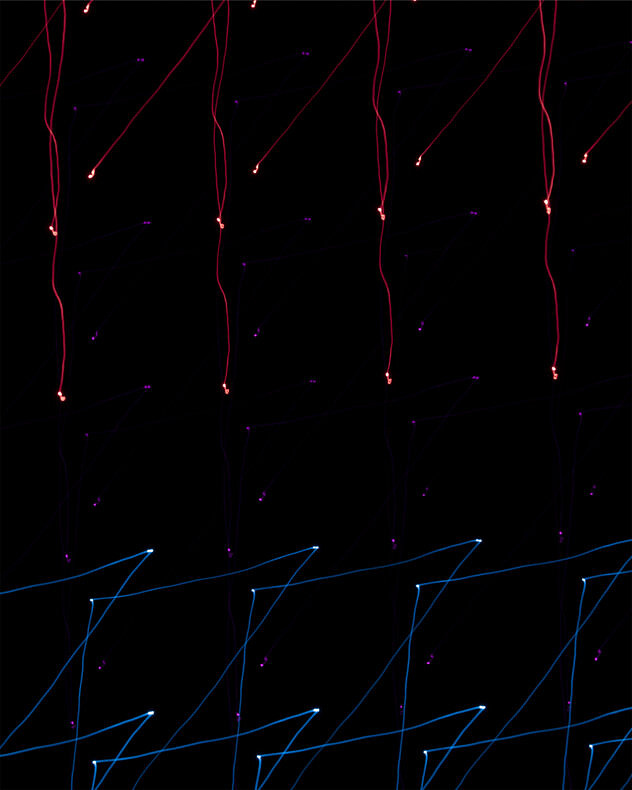 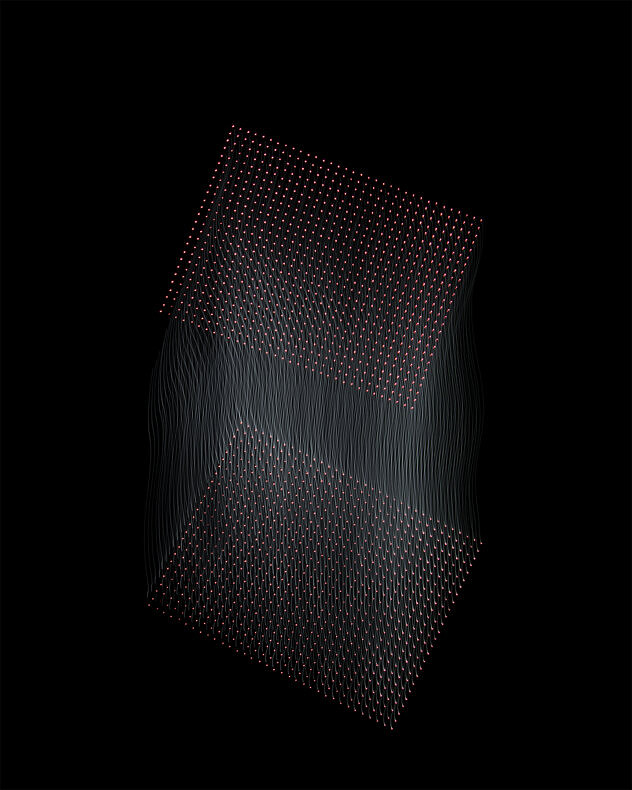 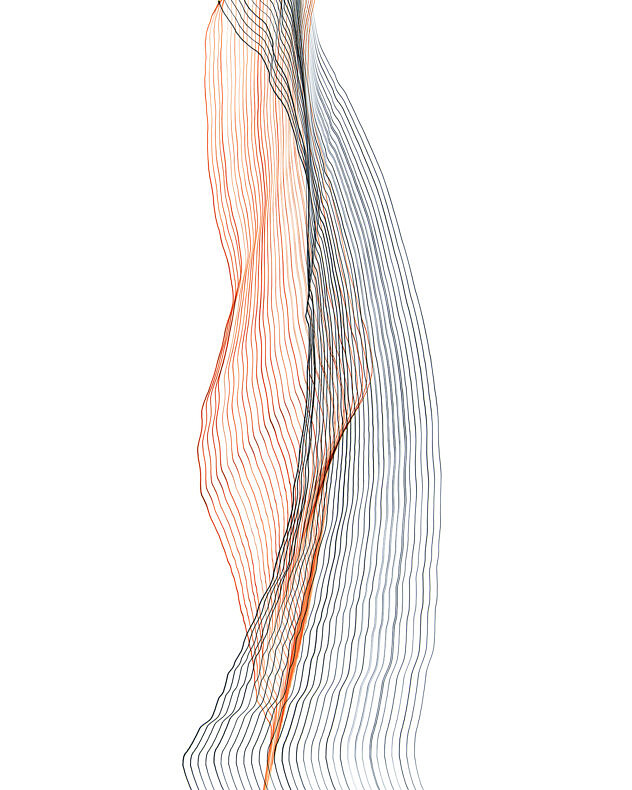 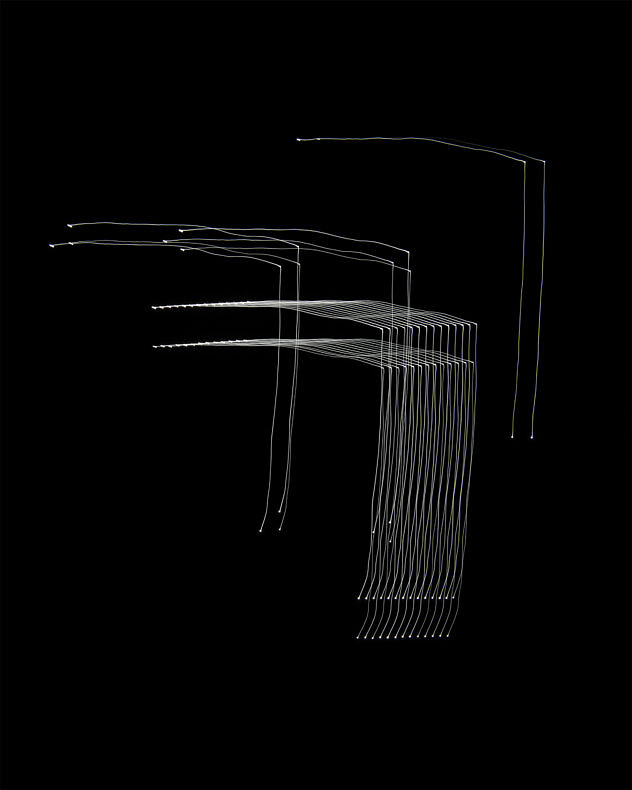 “Let’s assume that multiple devices operate within the same image vocabulary. As in language, the images they generate are the consequence of a combination of “words” that are “made, remade and unmade” (Deleuze, Difference and Repetition). They display sentences and variations, points of arrival that evolve to points of departure for new configurations. The repetition of some behaviors allows us to suspect a discourse is being produced.

This visual universe is built on physical phenomena. The here and now is always present and the dictatorship of the visible never fails to determine the result. These photographs however flirt with abstraction, they are ambivalent about the world and, as the thread that connects them to it gets thinner, the decisions made during the process becomes clearer. What is this that we see? Is it the trail creased by dozens of planes in the Lisbon sky (before the spring lockdown) or is it a diagram? The space of the sky and the self-cancelled space of a black background in a photograph are the same as they are different. The lines that cross it are an accumulation of successive points. The pace of these points on their journey could determine a different image and, hence, the image tells us about coordinates, presence and absence.

Between one photograph and the next there is a gap that remains hidden. It is a between-time of supposition and speculation, of an emptiness crammed with inexhaustible not-here / not-now’s, accumulated in vertical stacks, expanding in all directions like the universe, suggesting hypothetical presences of images that did not happen”.