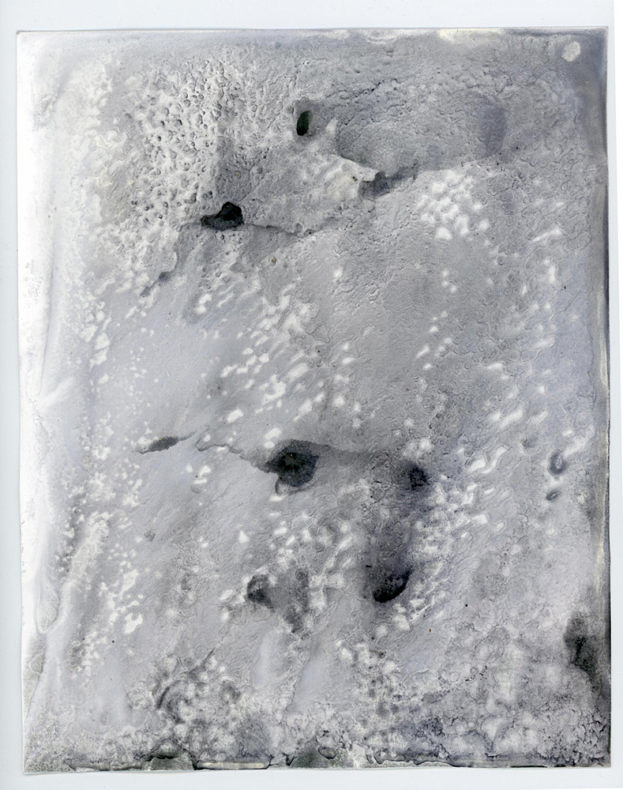 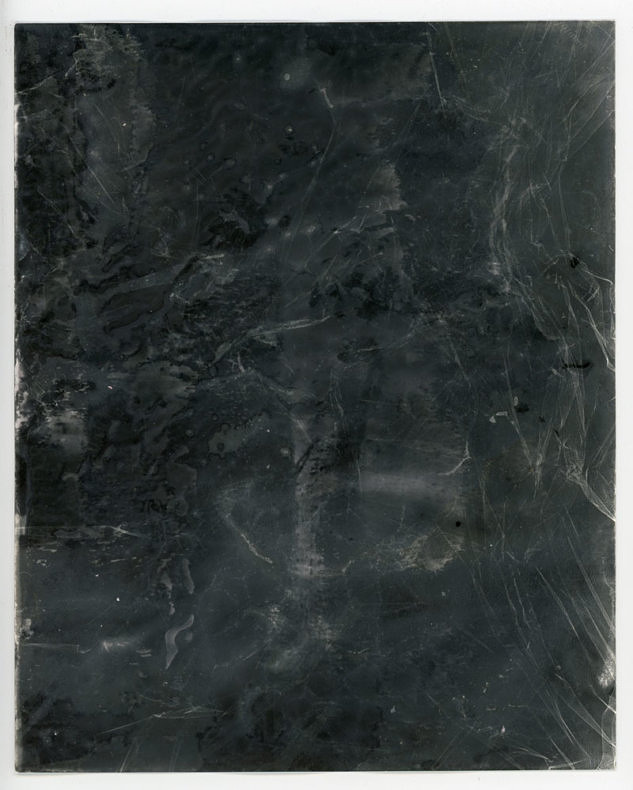 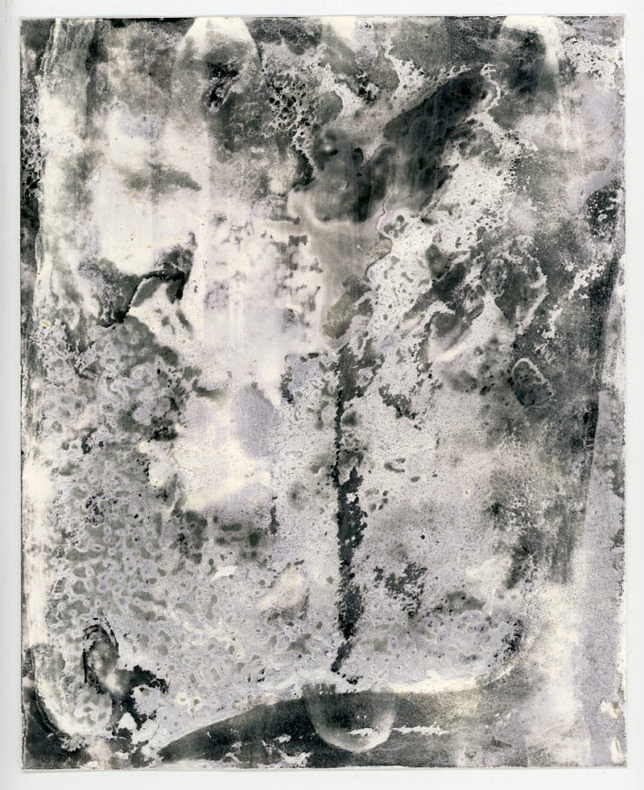 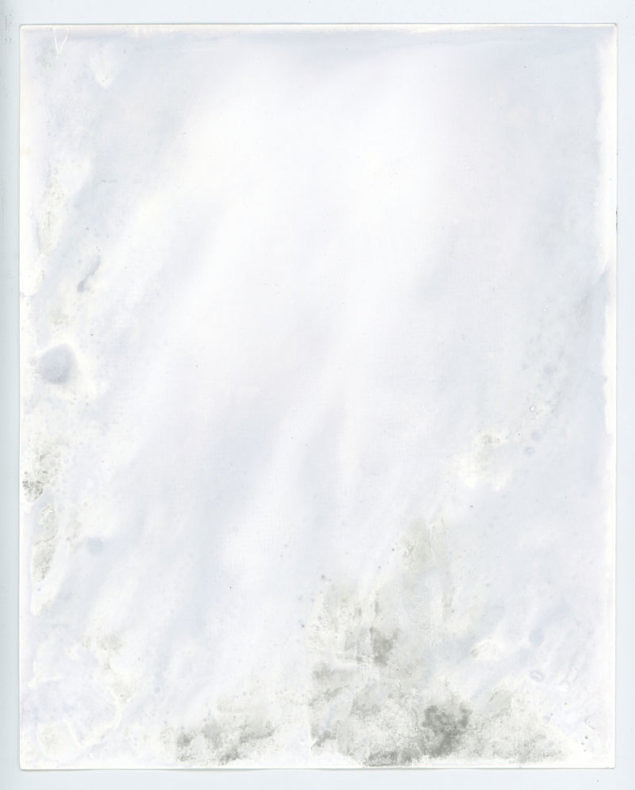 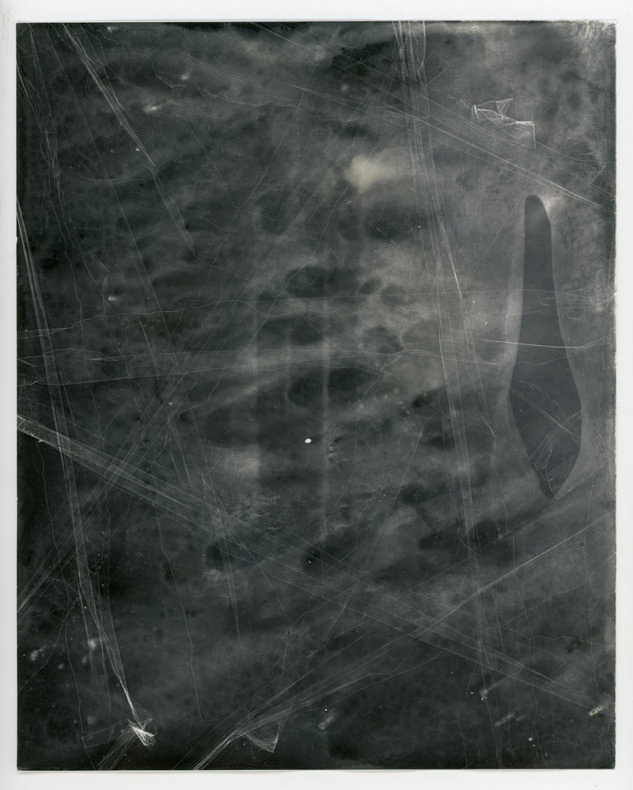 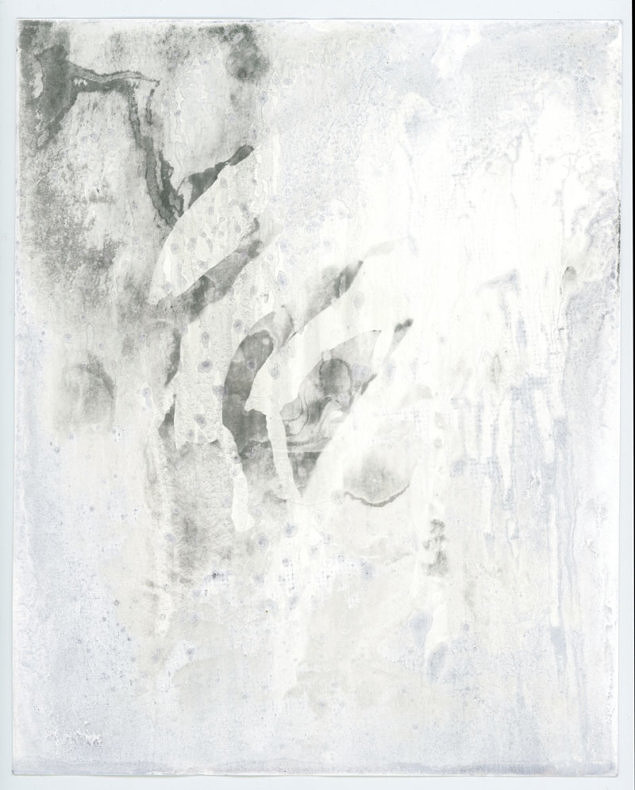 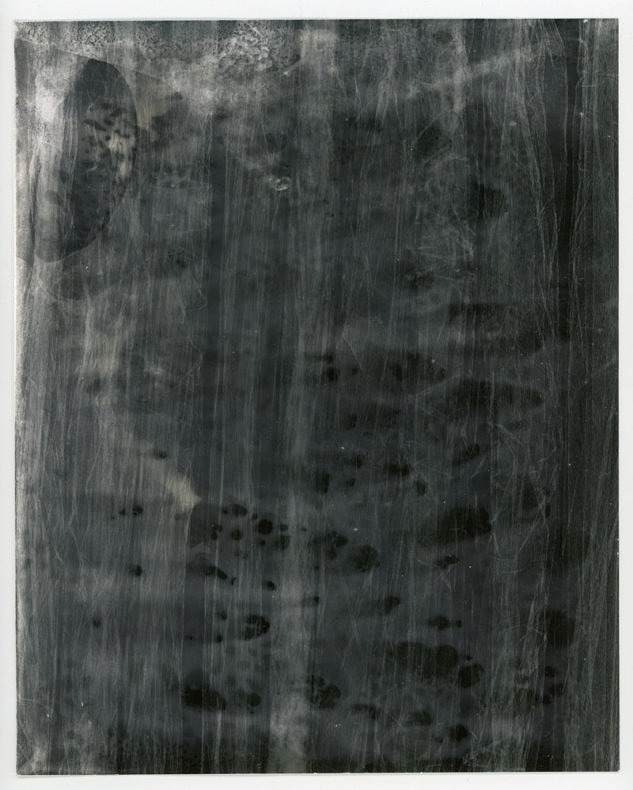 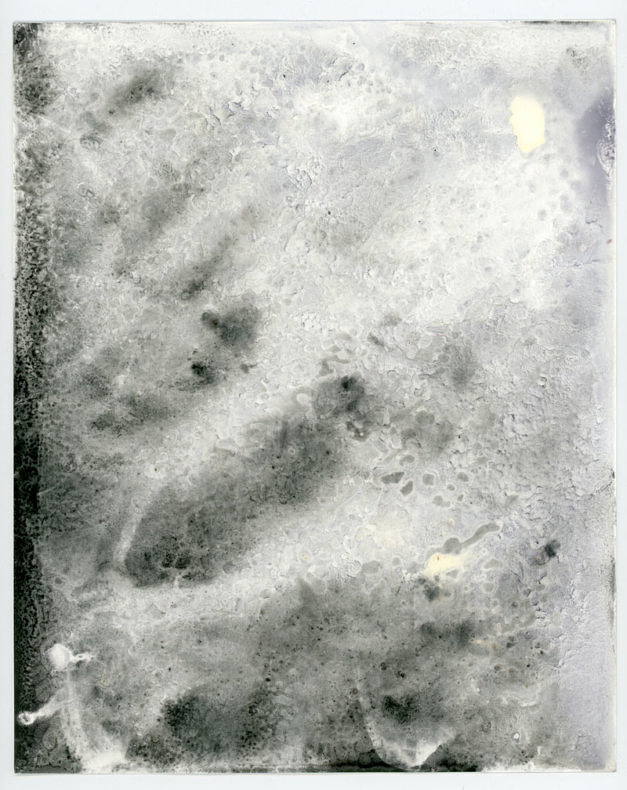 Bronzelidded continues my interests in dismantling the photographic medium and the deconstruction of images. Immediately preceding Bronzelidded, I had spent a year making a series titled Lesser Chains, created in a black and white darkroom without the use of a camera. It was important for me to abandon the camera for a moment and make photographs with the most minimal of means. After exhausting my set parameters for image making, and finishing the series, I decided to start a new body of work where I used bleach to destroy the remaining photographs from Lesser Chains. These manipulated prints became the Bronzelidded series. “Bronzelidded” references a line in James Joyce’s, Ulysses, where Blum places pennies on the eyes of his deceased mother to let her eyes rest in peace. In this projects current state, the series is thought of as a gesture of reverence for images considered to be dead by giving them new life through chemical degradation, changing their form, and allowing for unfixed, imperfect, and ever-changing images.