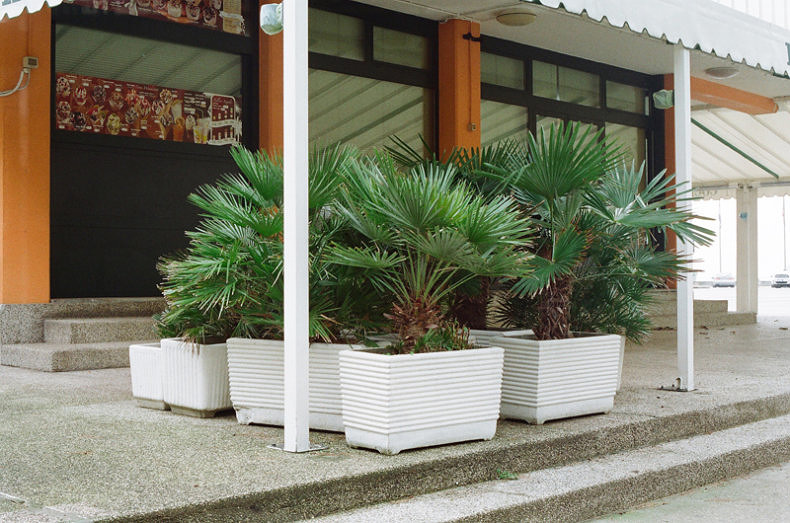 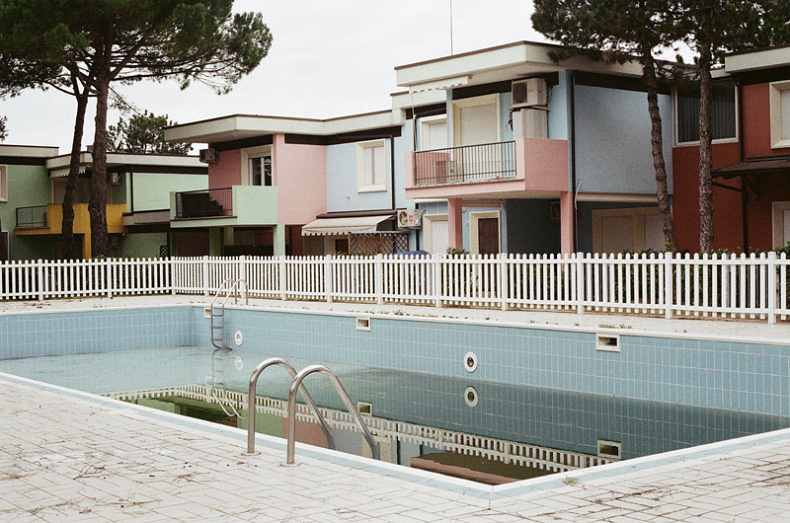 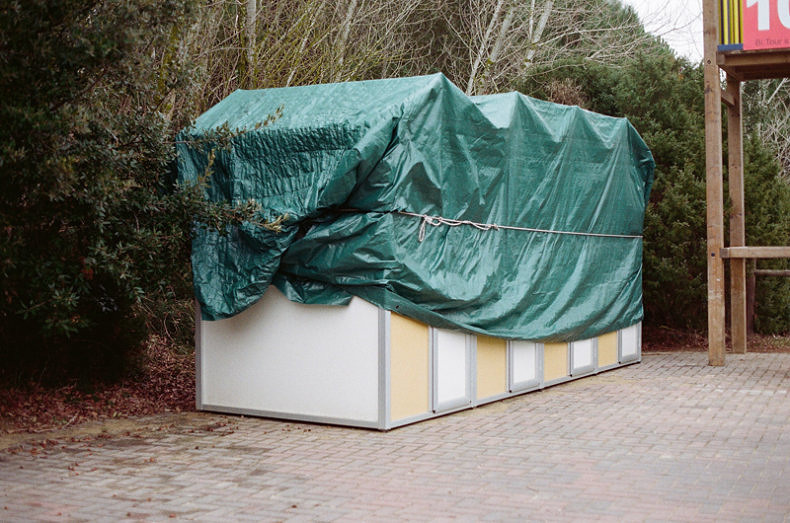 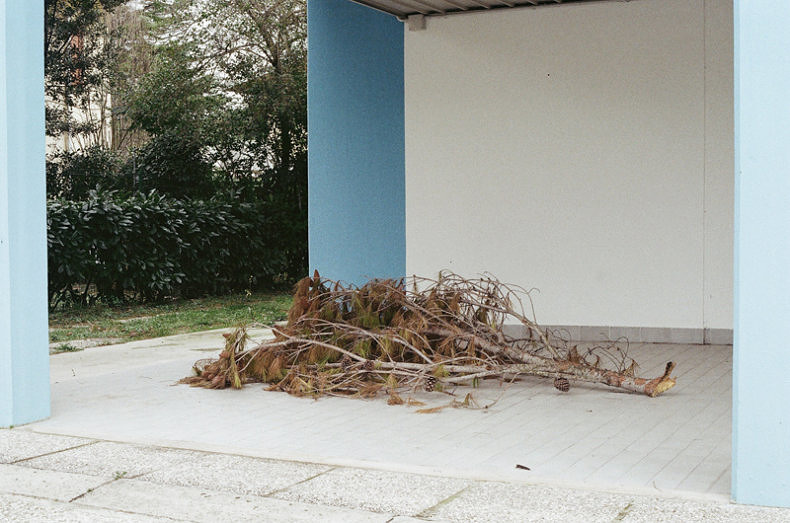 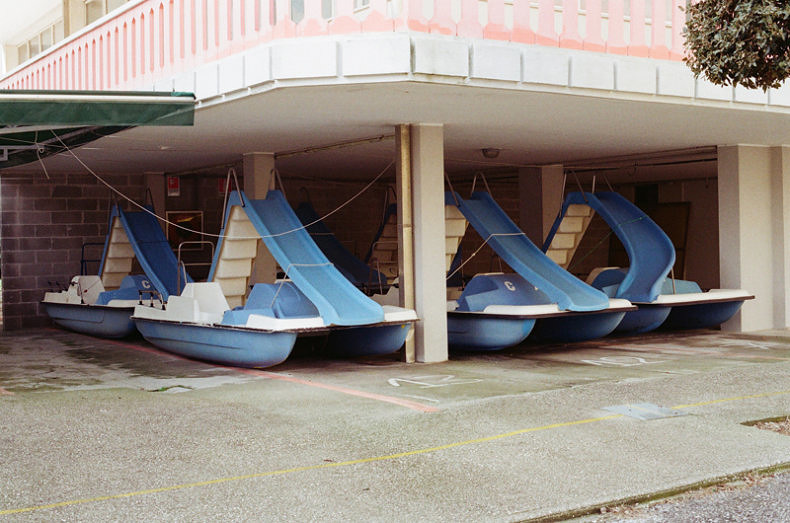 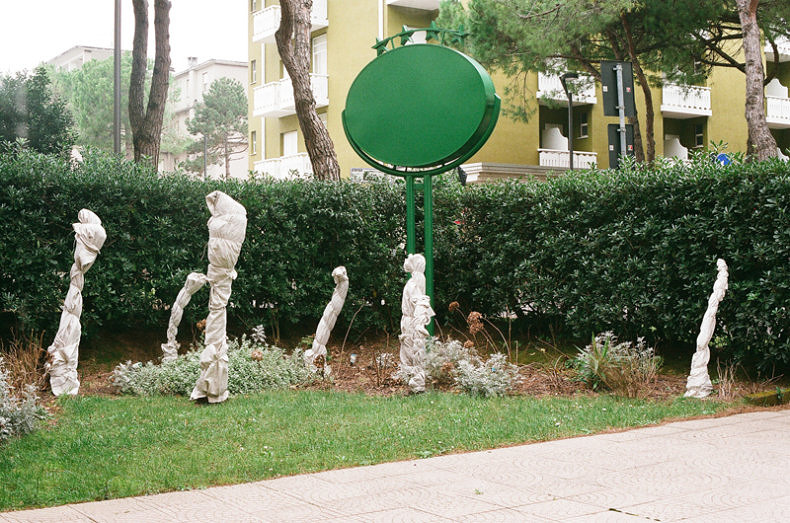 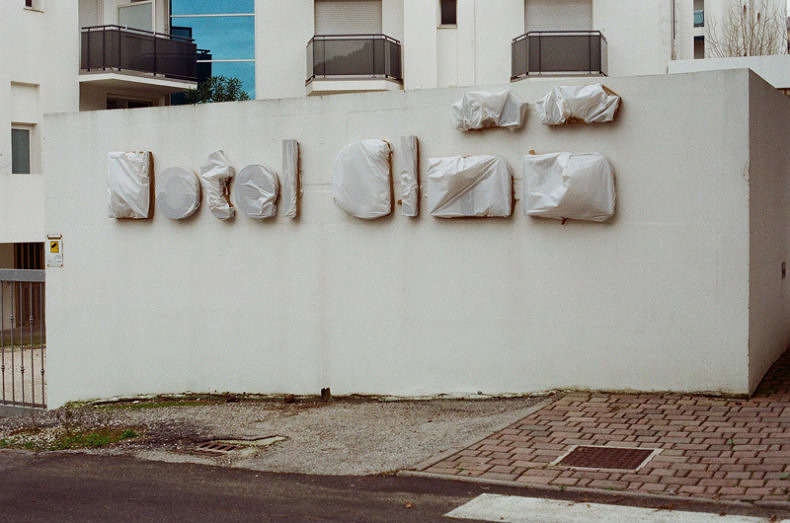 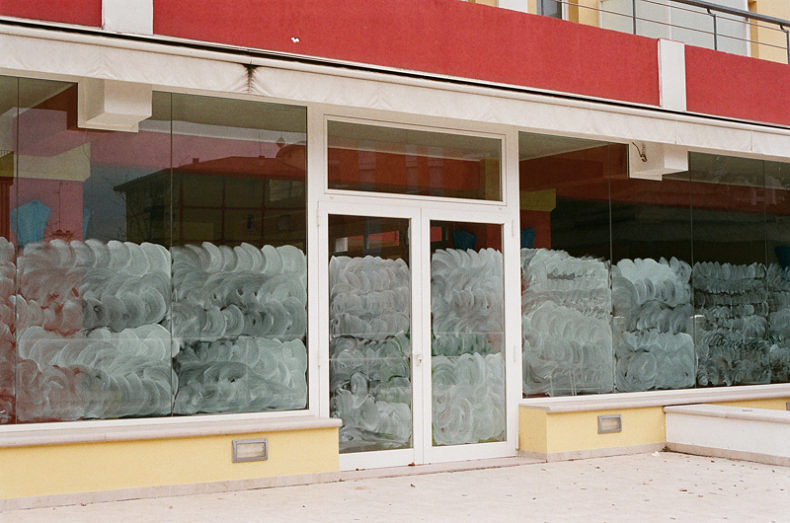 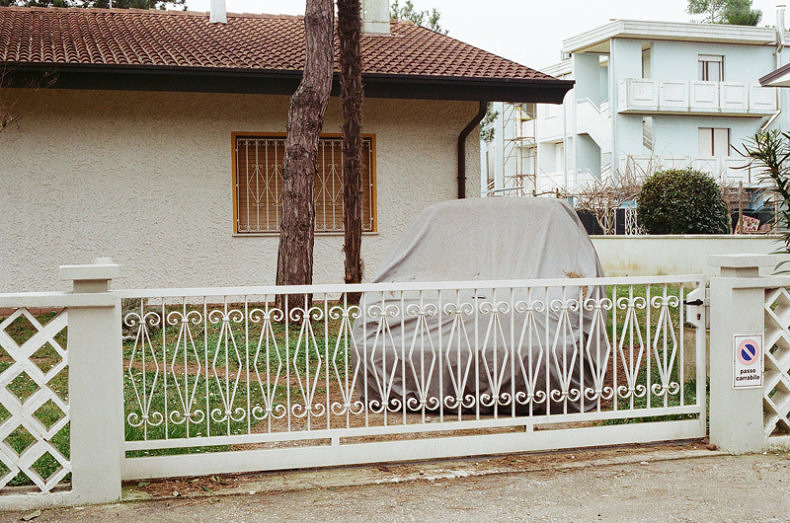 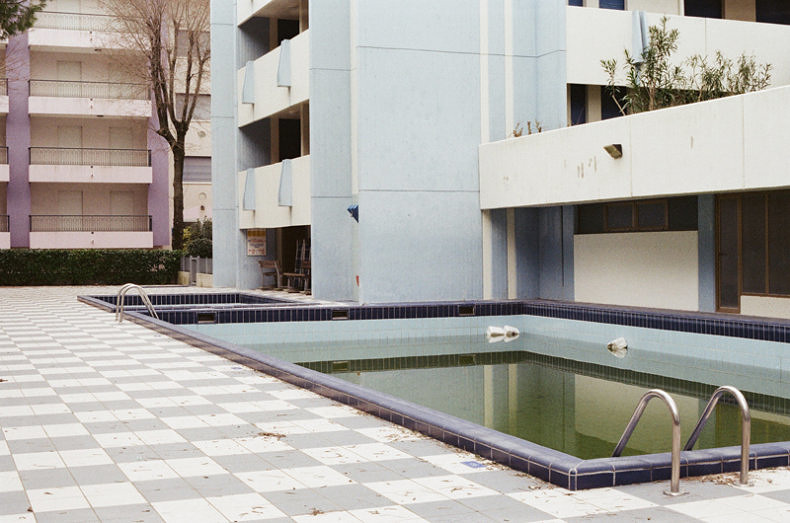 The project analyzes the concept of non-place. Considering the definition provided by the French anthropologist Marc Augé in 1992 as a starting point, the concept is applied to the contemporary landscape, recognizing in particular the seaside town of Bibione, in the province of Venice, as the appropriate area of research for this investigation.

Bibione is considered in the sense of large non-place as a place of transition, frequenting by masses in the summer season while suspended and empty during the winter months, to the point of assuming the aspect of a ghost town. The work highlights some of the features identified by Augé about these particular spaces, as their standardization and uniformity, their anonymity, their being untied from the context they physically occupy and their nature of a not-truly-lived environment: these places are seen just temporarily, without a real awareness.