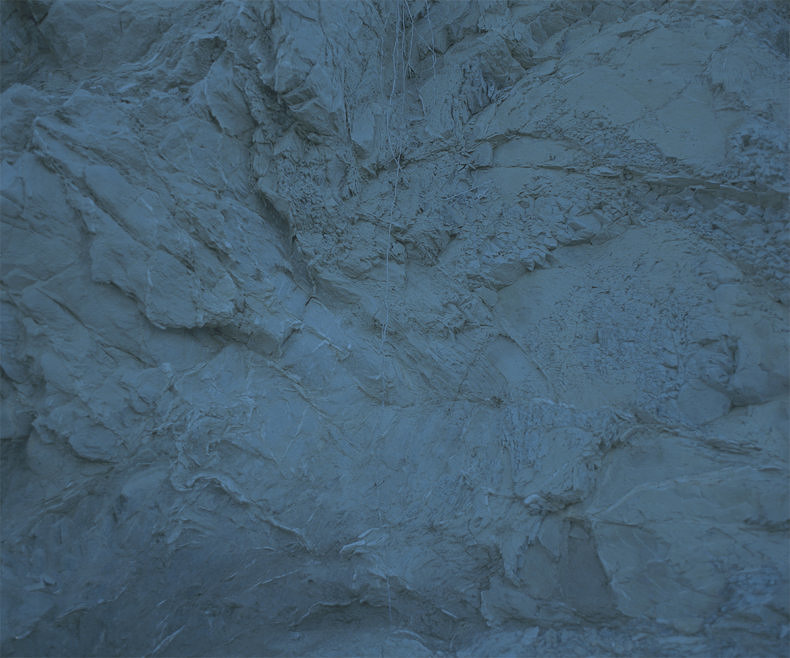 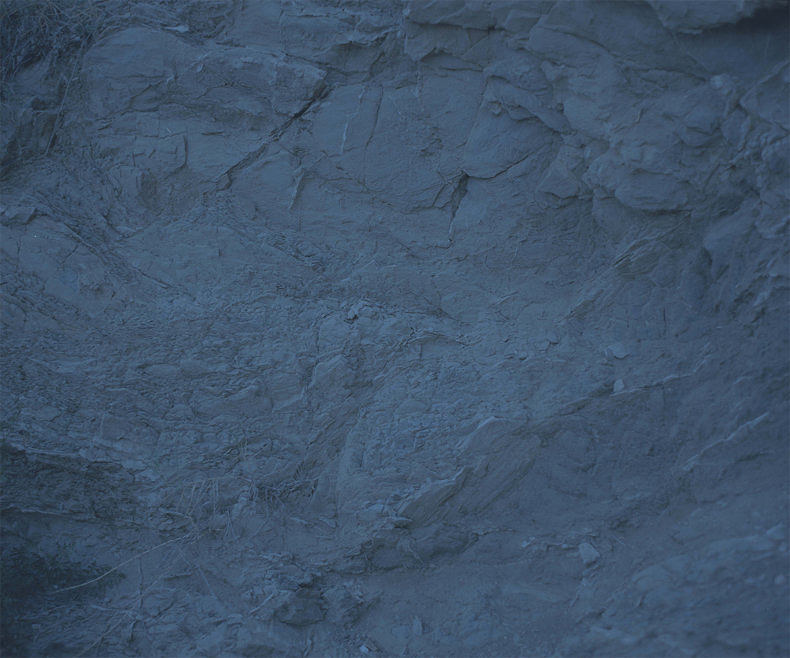 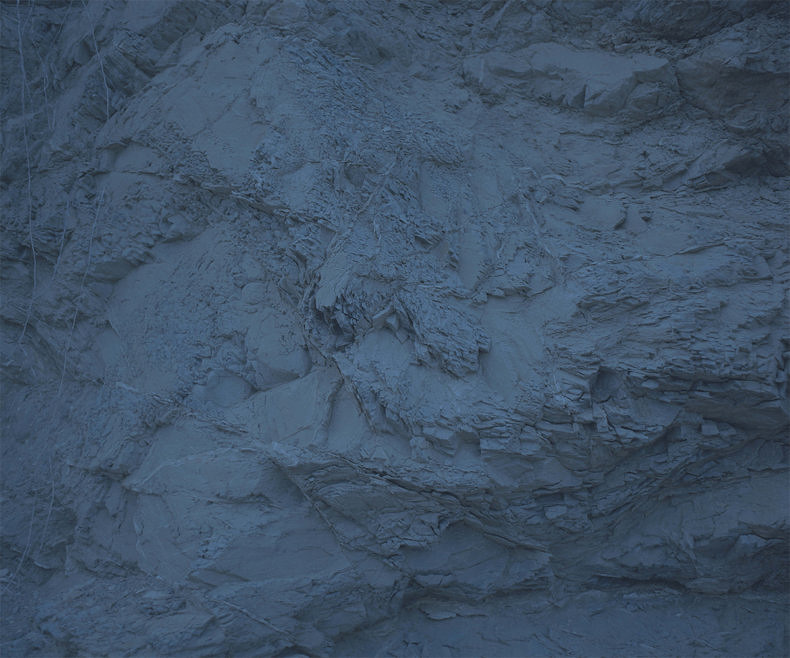 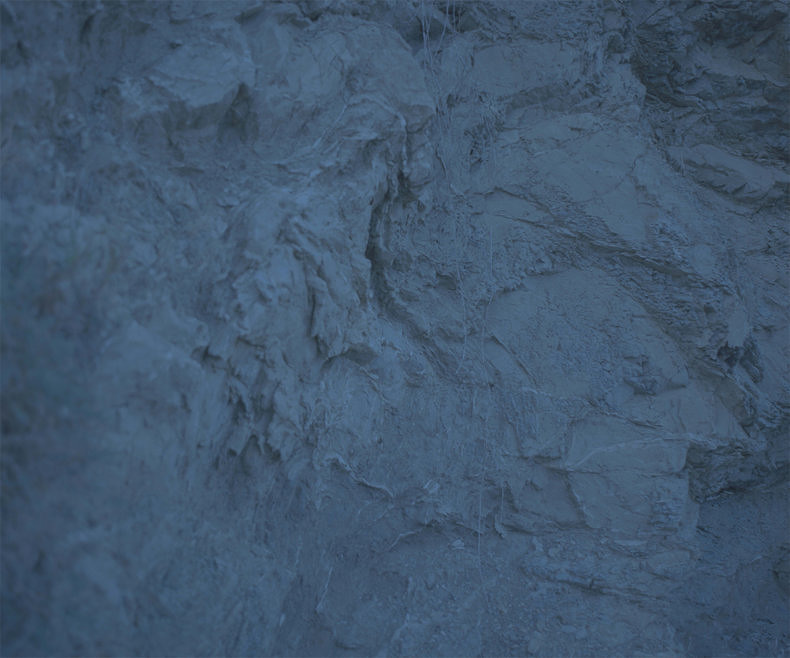 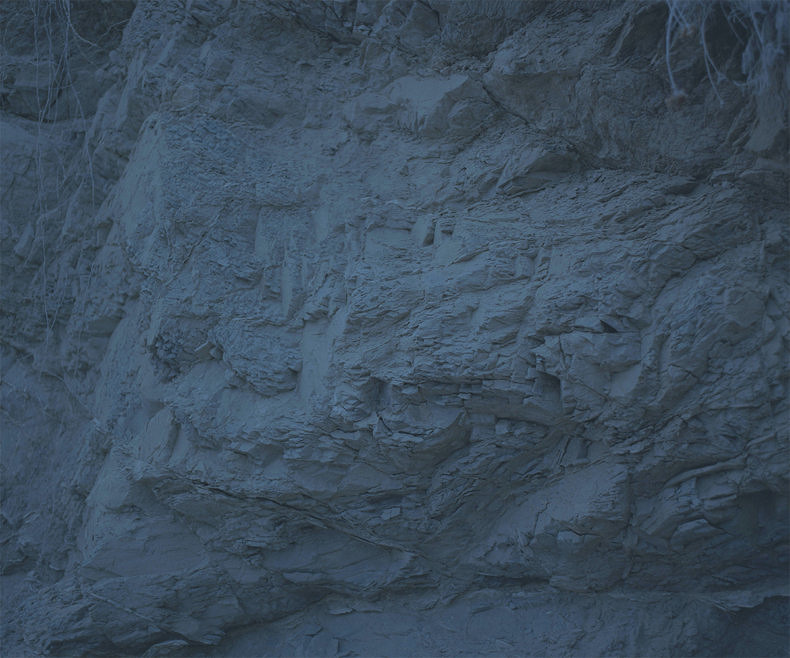 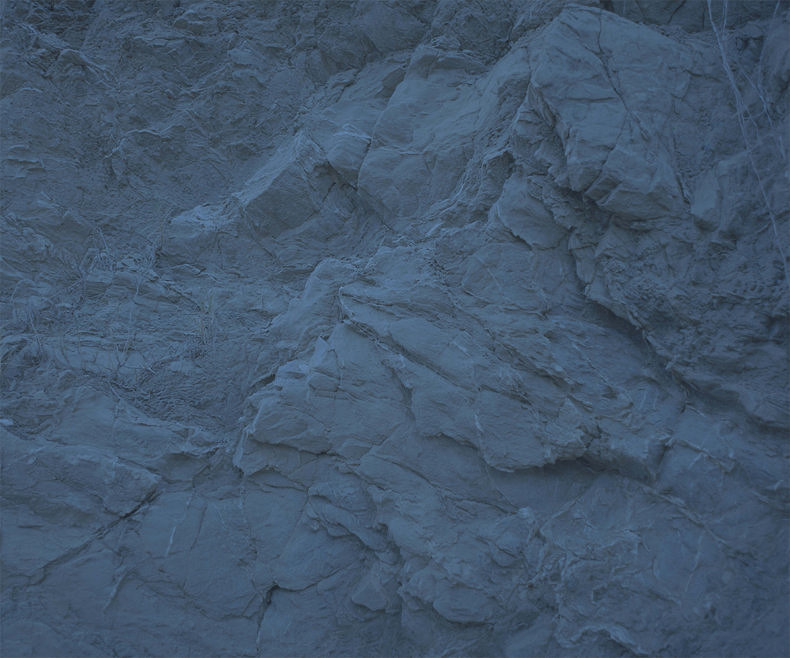 Indacoterra was born from visual intuitions: mythological beliefs linked to my homeland, San Felice Circeo, together with the folklore deriving from them, permeate the landscape of disturbing freudian echoes that alienate me from familiar places and lead me to new visions of them.
The photographic film condenses and sublimates in the image the reverberation of the myth that echoes within the landscape, giving life to an attractive yet uncanny imaginary.
The blue hour is the moment chosen for the investigation. Its essence is ephemeral, slave and owner of time: trapped between light and dark, it illuminates things with its shadow, and so they reveal themselves, like fireflies.
Twilight blue is also the perceptive author of a supernatural attribution to natural places, that underlies a metaphysical origin of places within the places themselves.
With Indacoterra the place is emptied of its specific naturalistic, mythical and autobiographical connotations, and it becomes “elsewhere”, a space of universal narratives and archetypal imaginaries.