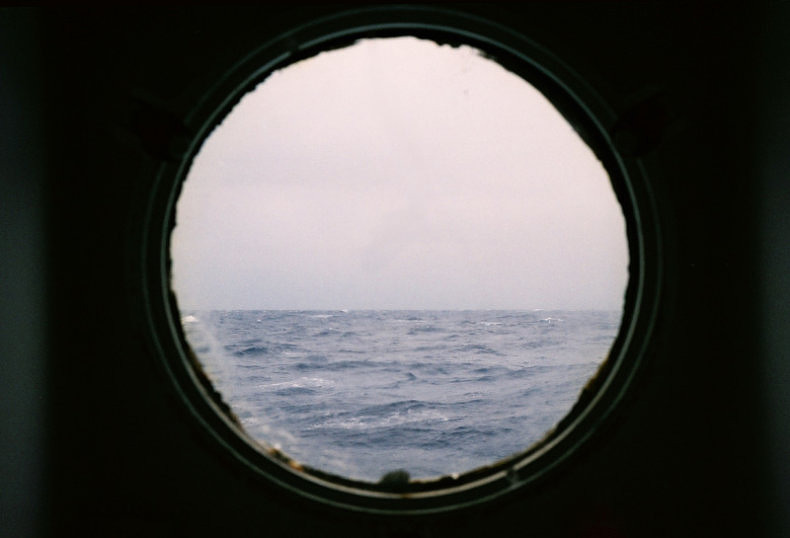 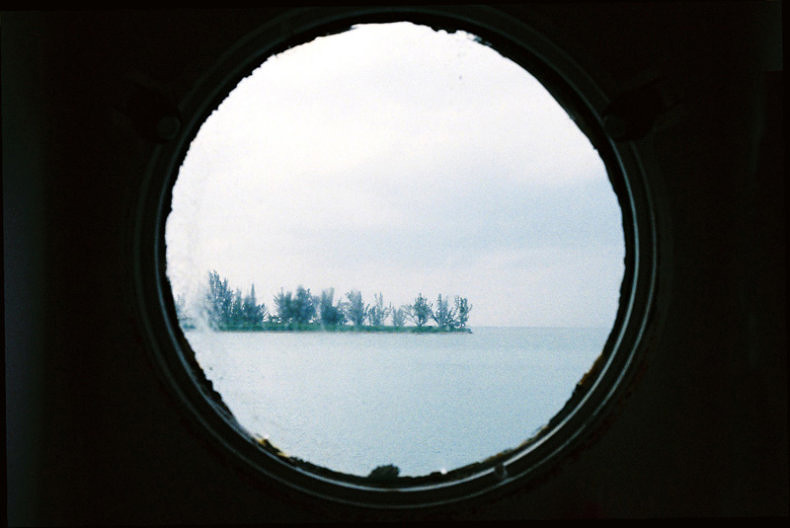 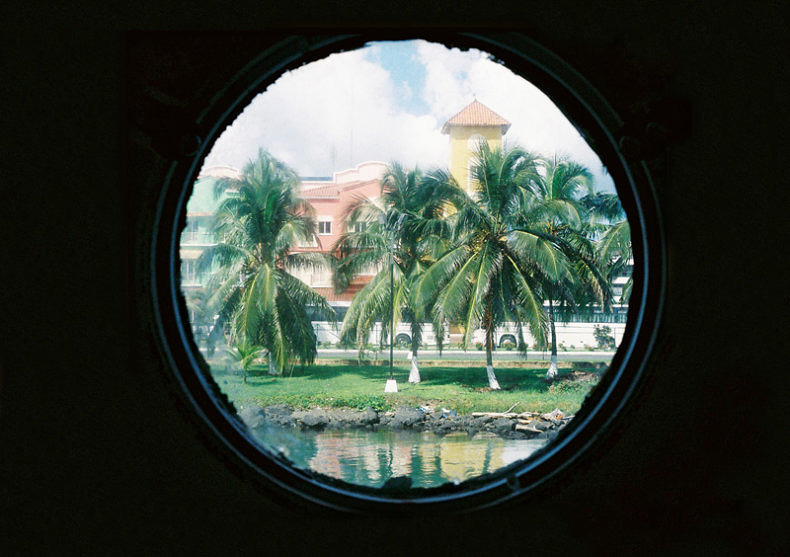 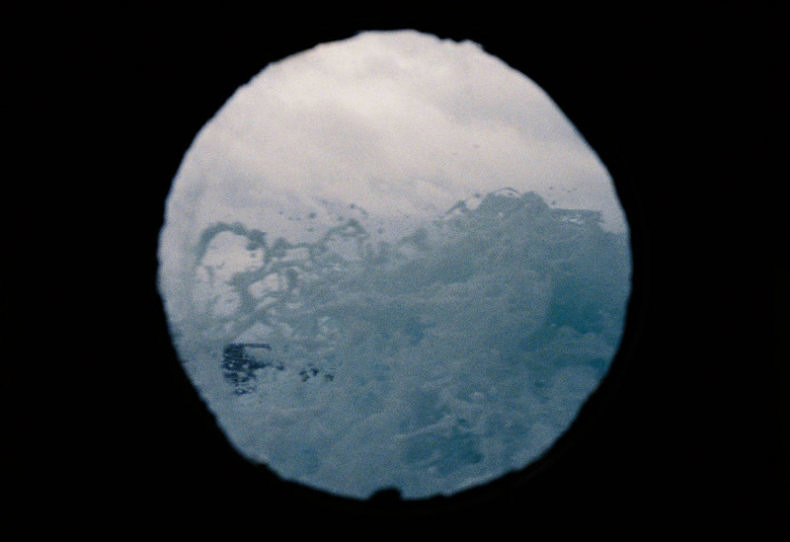 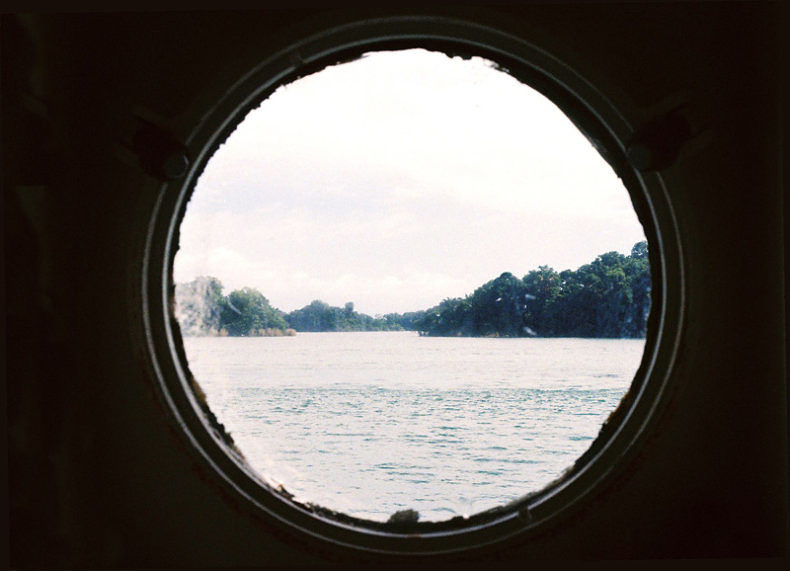 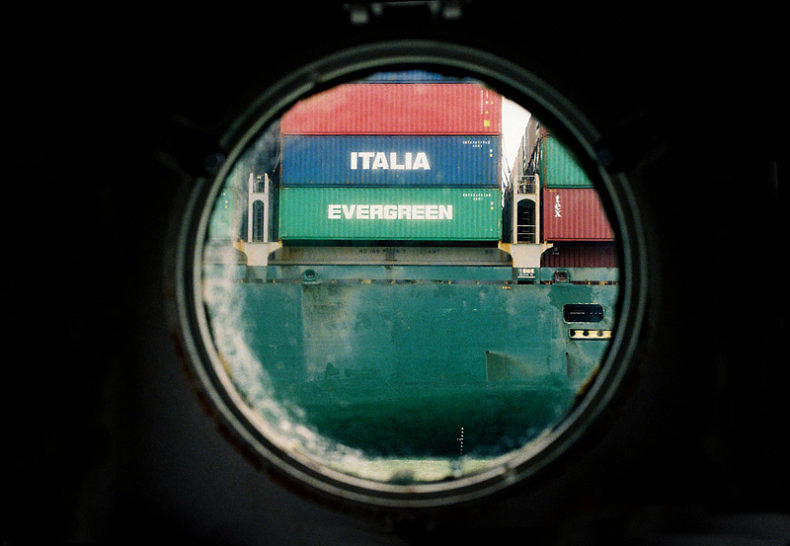 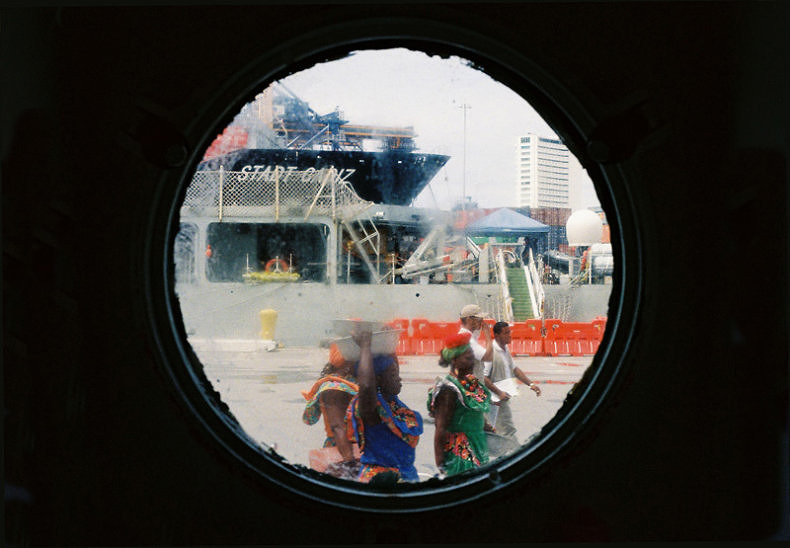 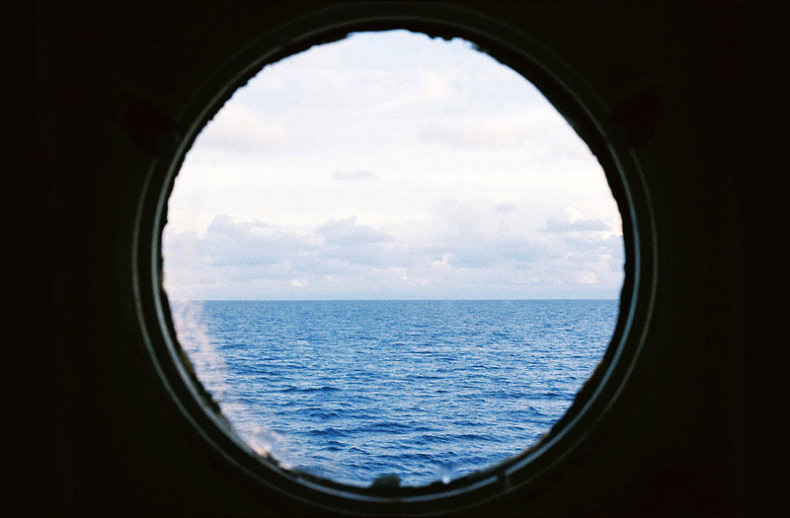 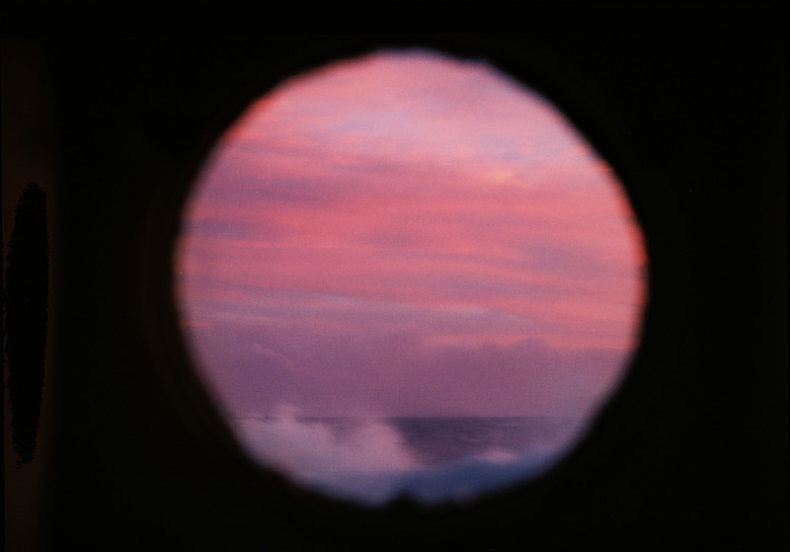 Luke is a photographer from England who had the opportunity to sail around the globe on a ship. He lived in his tiny cabin room where he wrote various articles over the space of three and a half months. His desk positioned just in front of the cabin room porthole allowed him to view the ever changing world outside. Equipped with his 35mm camera Luke began to photograph the scenes as they unfolded, capturing passing ships, approaching storms and land on the horizon. The images reflect the sense of isolation experienced at sea for long periods of time and the detachment from the real world. After visiting various ports, and eventually finishing the voyage, Luke disembarked in Tokyo, Japan and hitch hiked to Hong Kong where he now lives and works as a photographer.