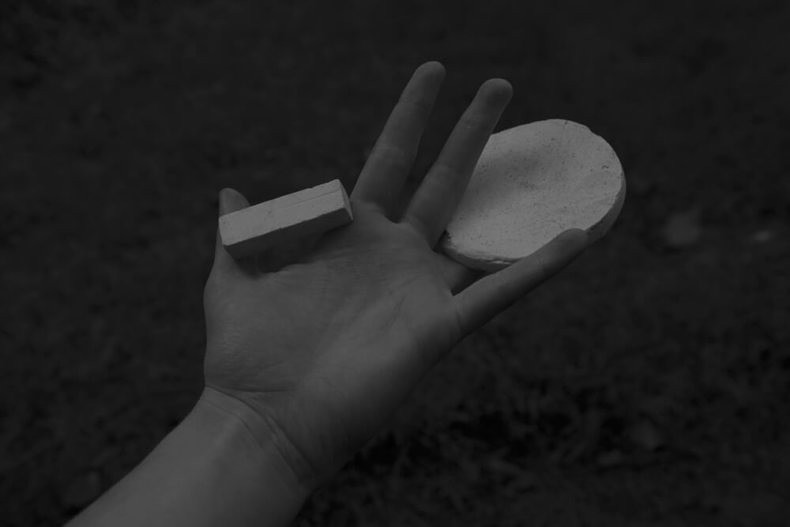 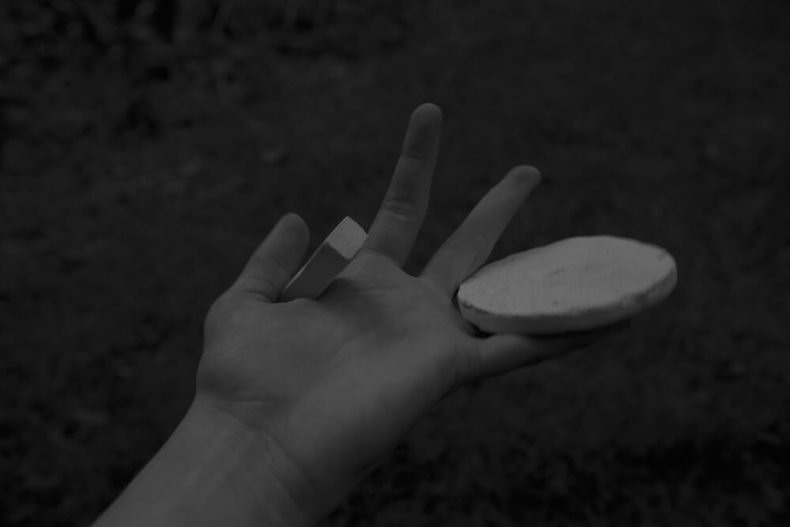 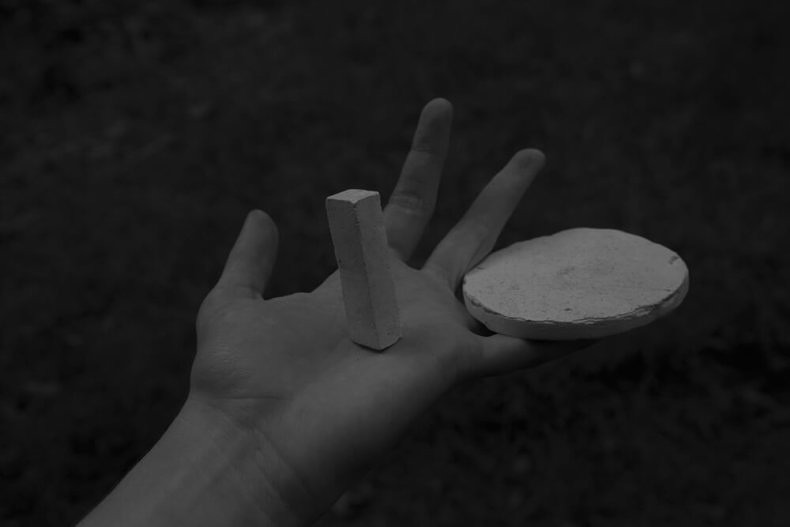 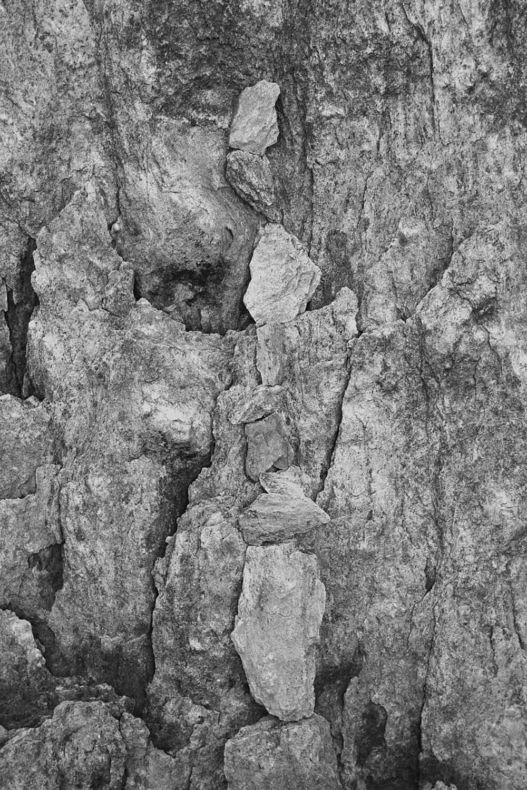 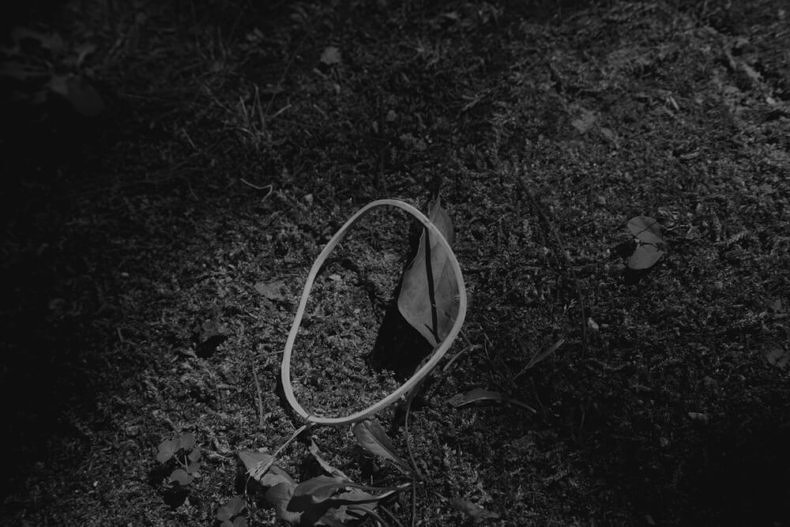 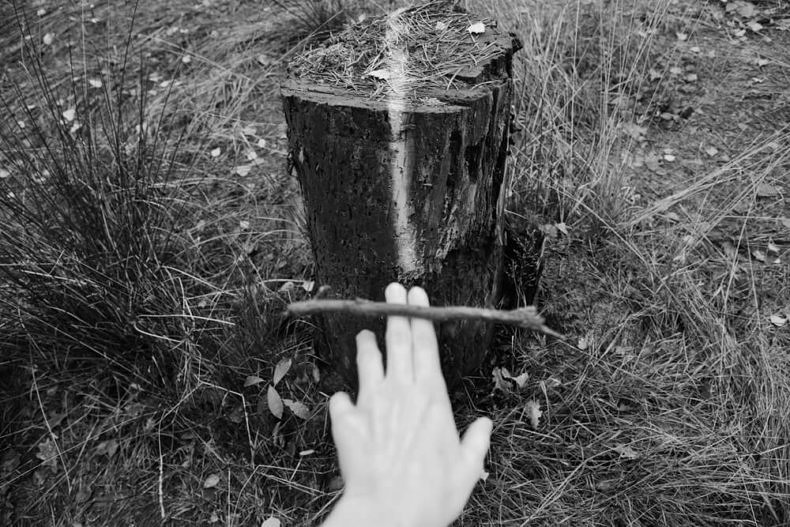 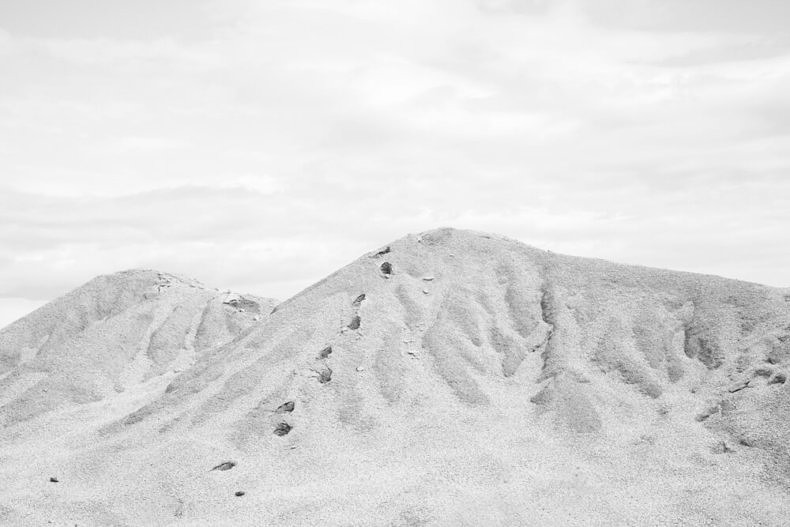 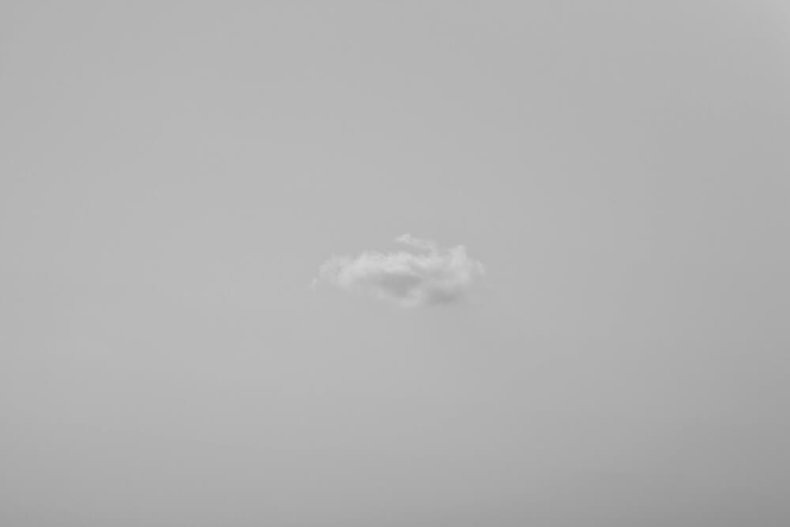 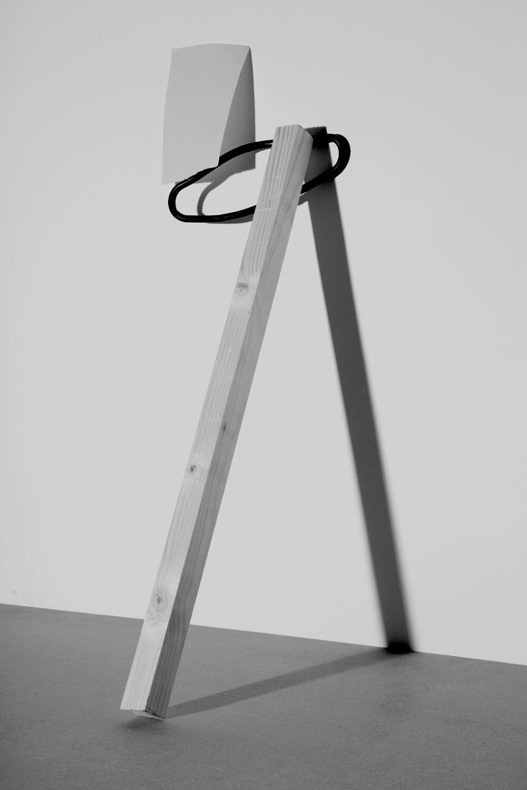 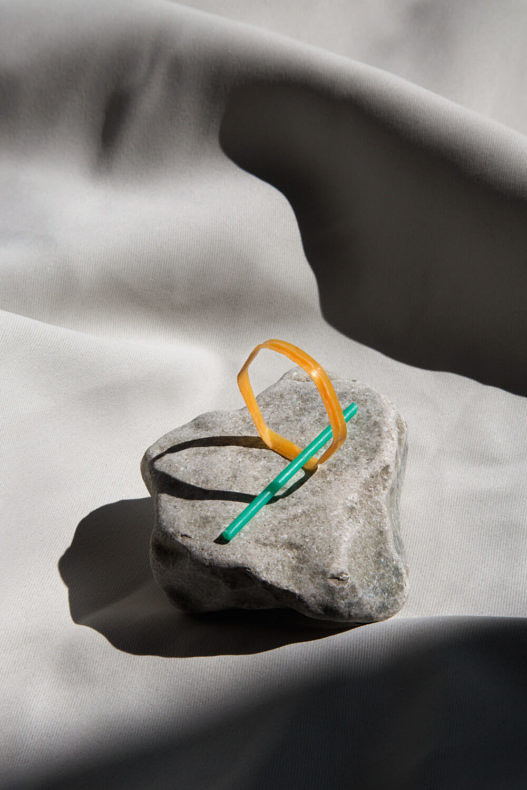 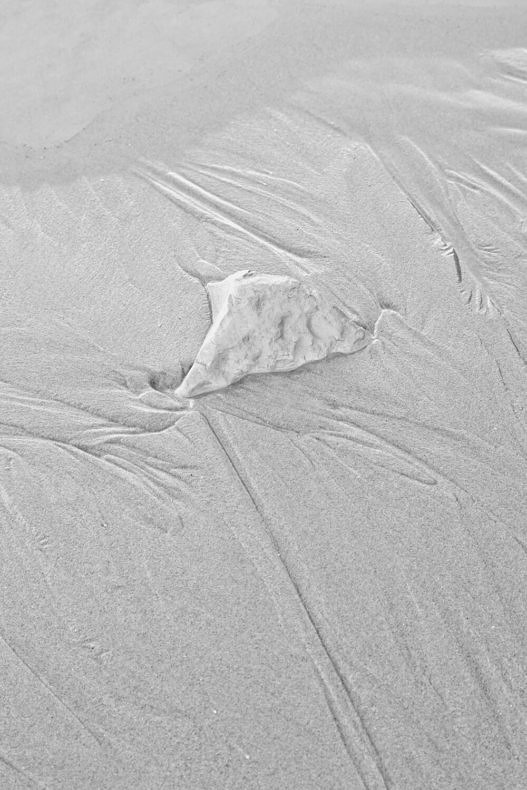 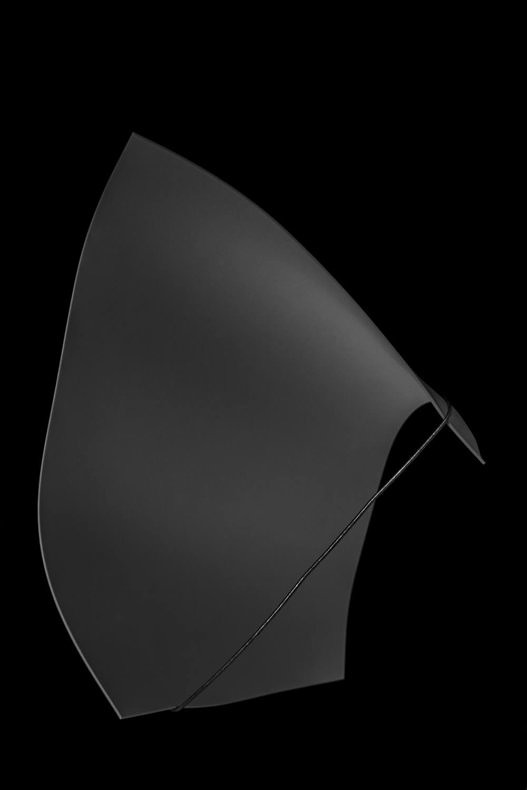 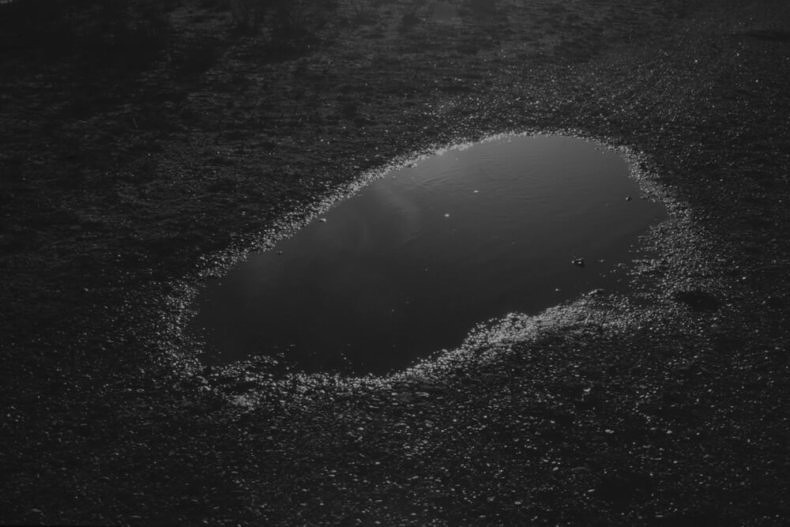 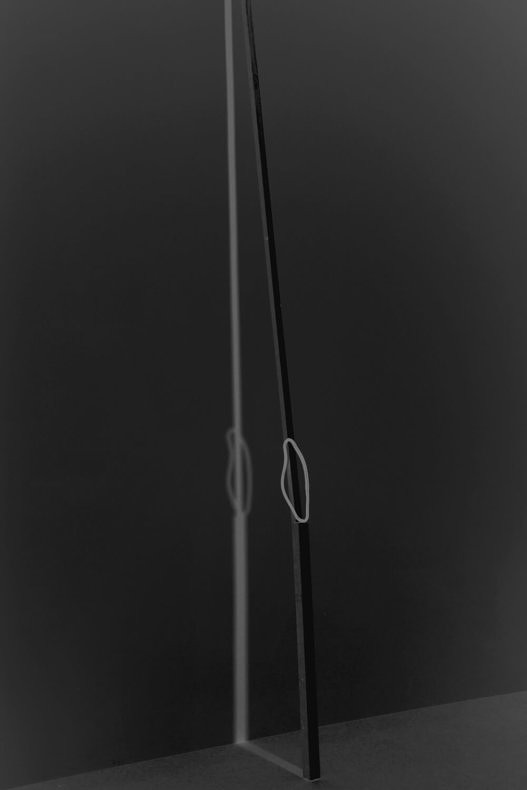 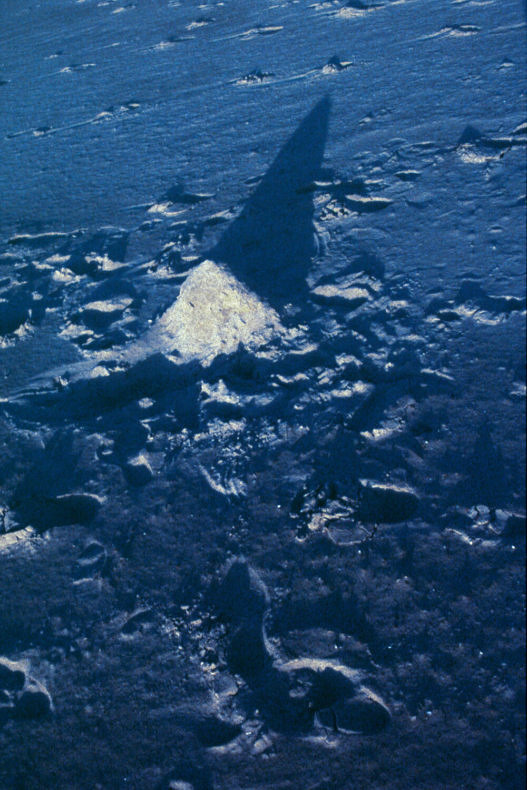 Ode de Kort’s work proceeds from the constant search for the boundaries of the photography medium. She interfaces photographic images and fragile sculptures to explore the spatial potential of photography. This is reinforced by the meticulous, site-specific integration of her work into an exhibition space. The presentations form a balanced whole that question the conventions of photography, the relationship between the image and its carrier and the relationship between the object and the flat surface. The artist’s interest in these interactions come to the fore in a series for which carriers were designed in the form of minimalist steel structures. Their sleek shaped are reminiscent of the cold, rigid typologies of modernism and stand in stark contrast to the landschape photographs balanced on them. The interlinkages between sculpture and photography are made even more explicit in a series of pictures of everyday objects – wooden slats, paper, stones – that de Kort simply piled up and recorded. Similar assemblages were then turned into installations that challenge the spaciality of the exhibition hall. But her work does not stop at observing the tension between the two-dimensional image and the tactile physical form it captures: it also examines the point of intersection of the static and the dynamic forms. The stacked objects and assemblages exist in a fragile balance: although frozen in time by the camera, they still seem precarious and about to topple over.