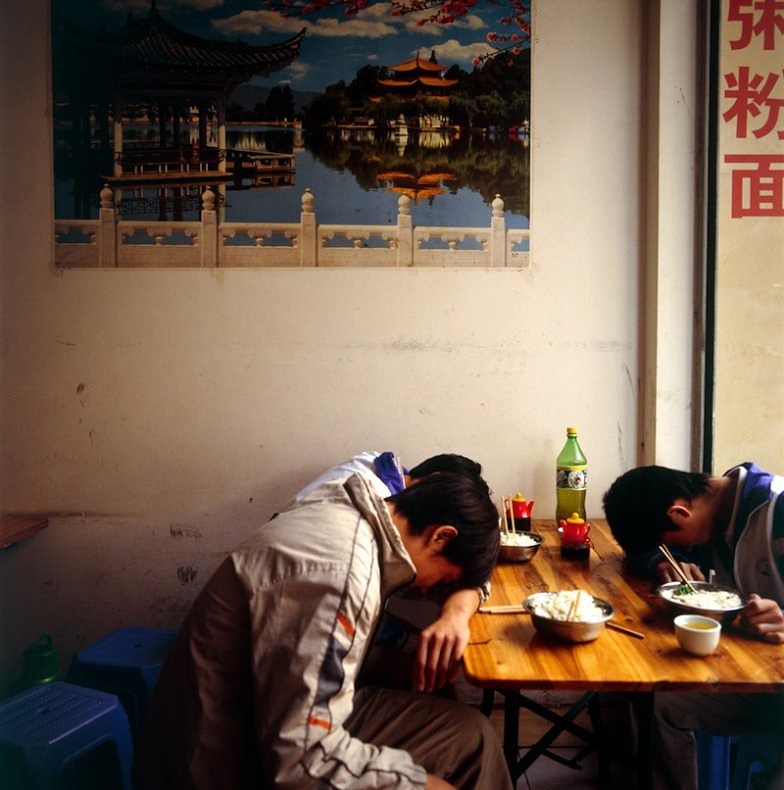 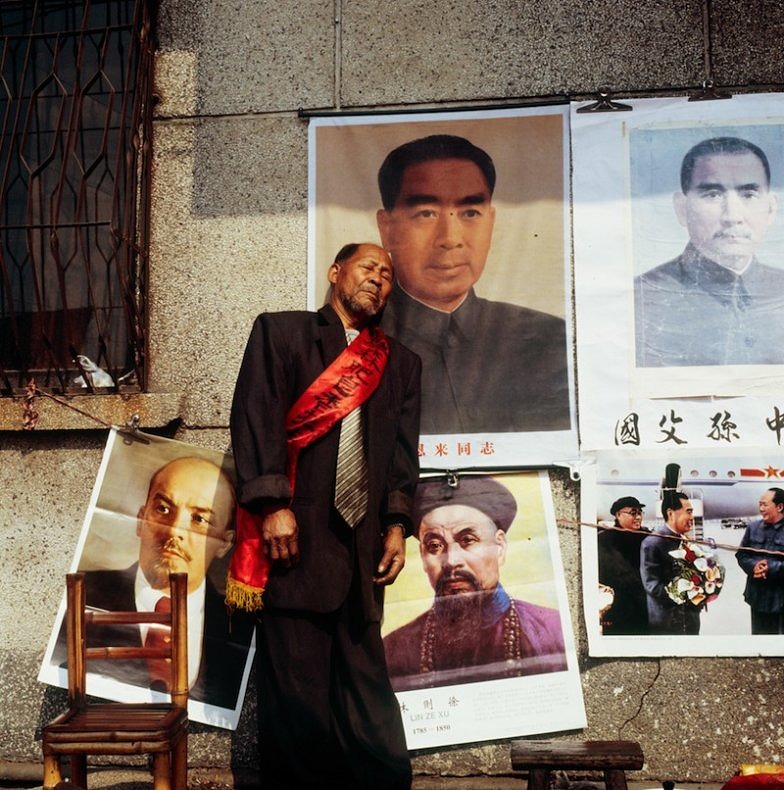 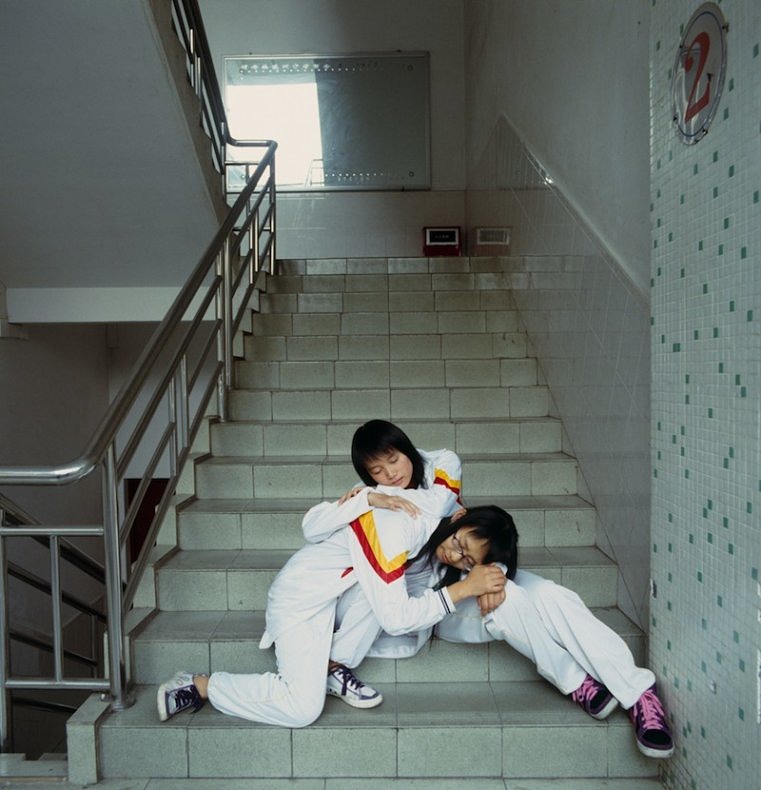 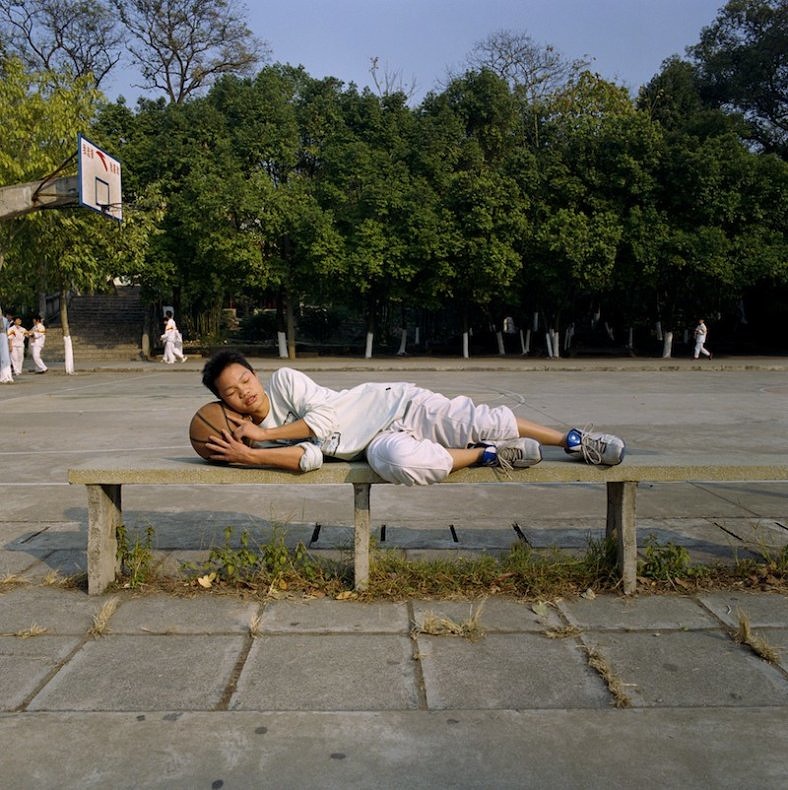 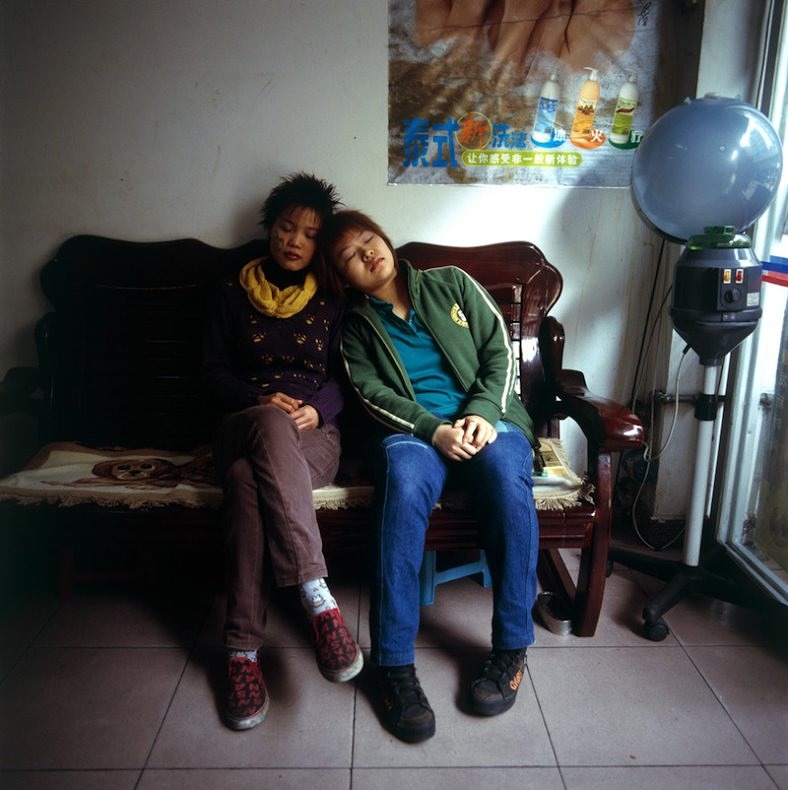 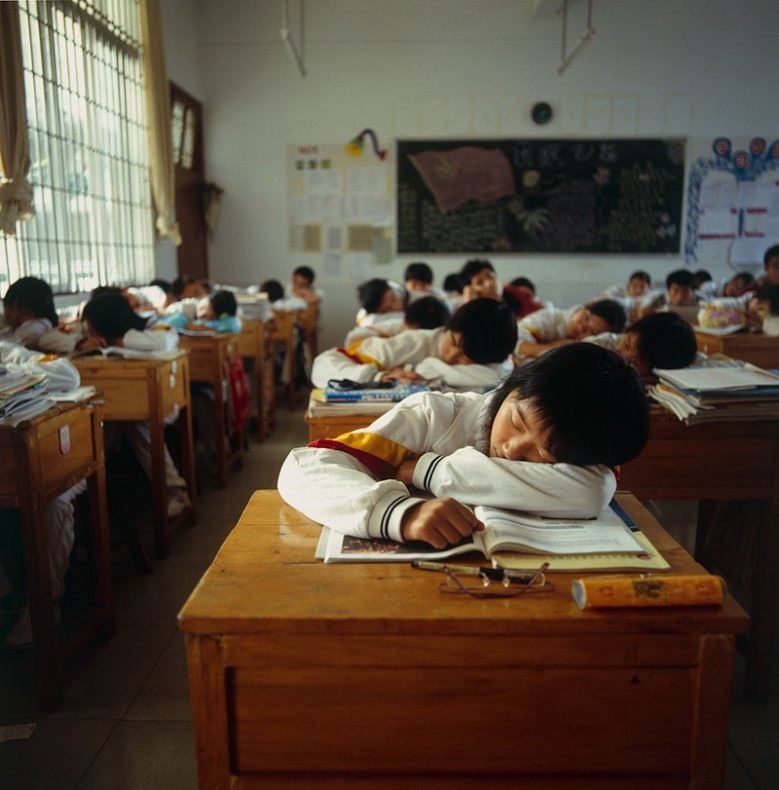 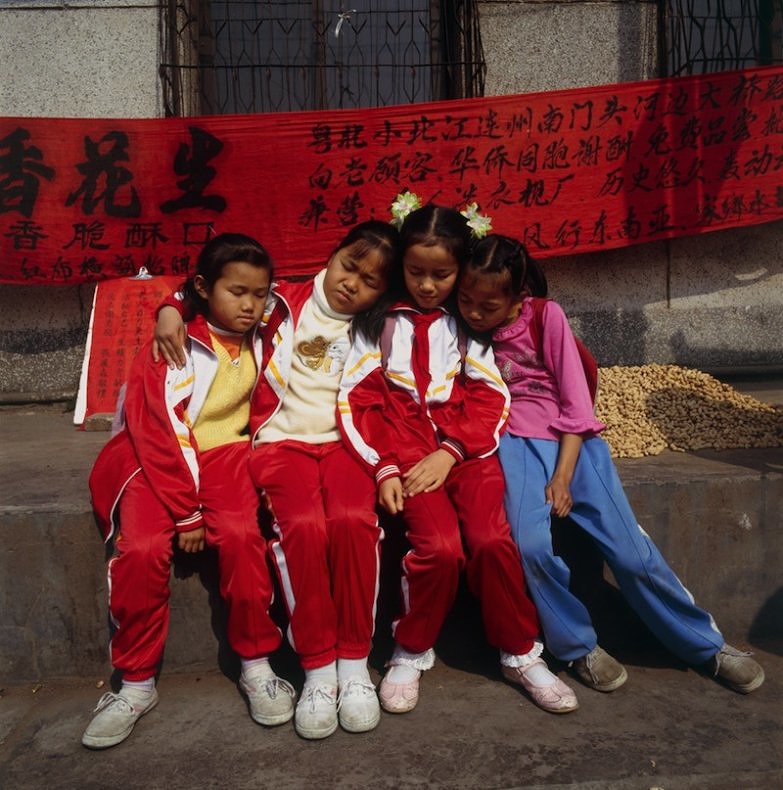 China Dreaming is from a period of time where I held at artist-in-residence in Shanghai and then was invited back to exhibit in the Lianzhou Photo Festival in the south of China. During this time I had a translator whose English name was Light. I walked the streets with him and my hasselblad. At the time in Lianzhou no one spoke English and had not met many westerners. I approached individuals on the street and asked them to if they would go “somewhere else” – to the future or the past, anywhere but the present. Then I would photograph them. Consequently, the photographs document ordinary people paused in their activity, seemingly asleep, but actually “escaping”. They have, as it were, left their bodies to be in the imaginary. The bodies are now shells, their “presence” is individual – each in “their own” world. It seemed an intriguing place to explore notions of memory, fantasy and individuality in a climate where a new market culture seemed so often to intensify or challenge these very human concepts. Alongside the fact that the China landscape sometimes feels like the past colliding with the future. So this became an interesting backdrop for this study. Generally my work is about different states of consciousness. Where do you spend most of your time? If you close your eyes, where are you now? This series is particularly interesting to me now as I have recently moved to Shanghai with my young family.