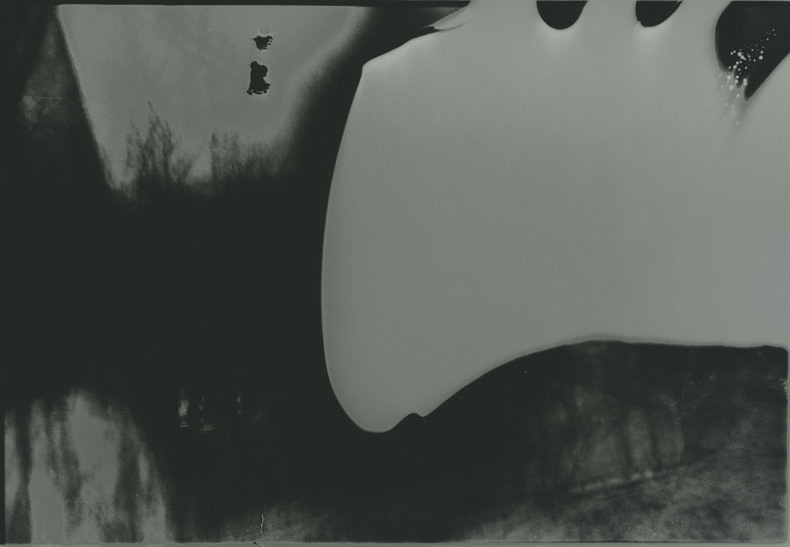 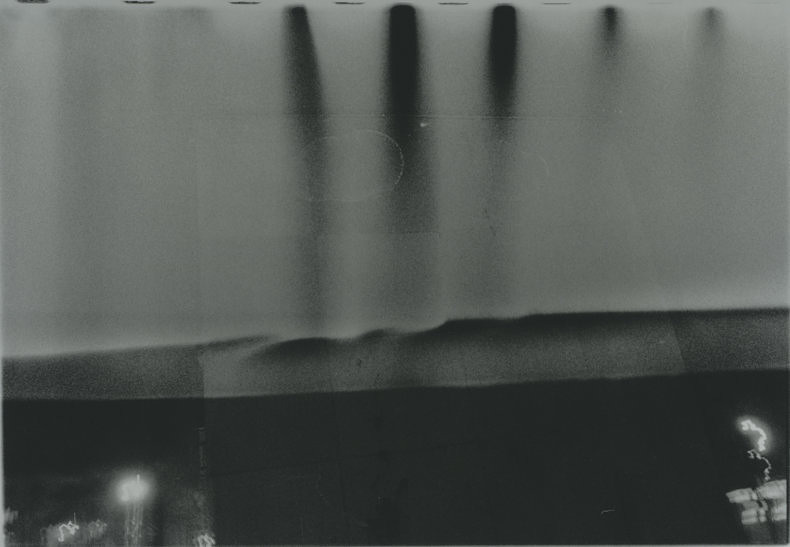 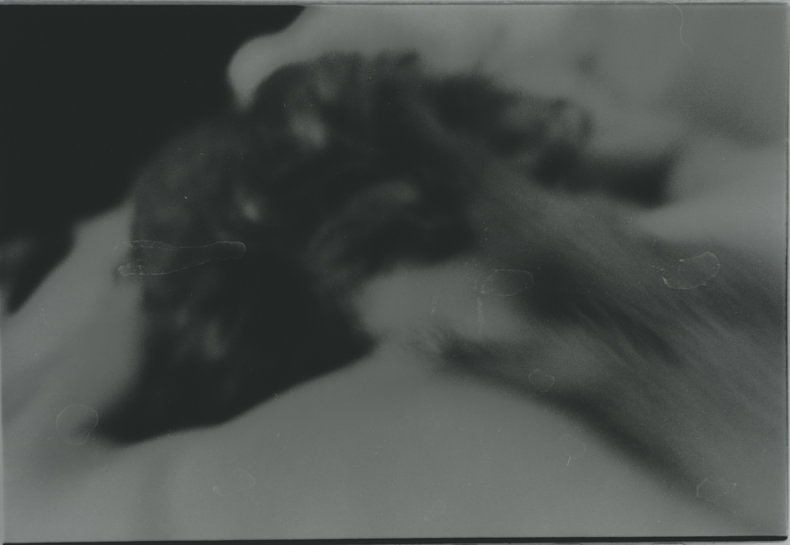 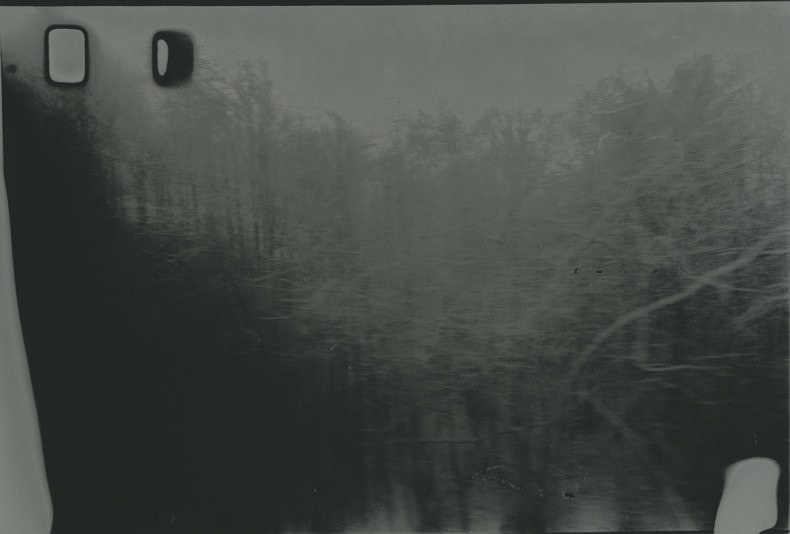 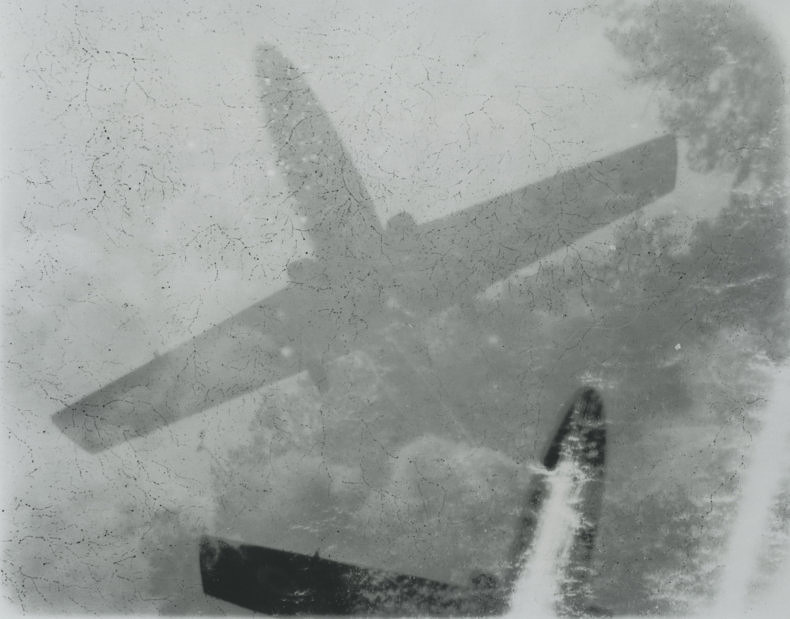 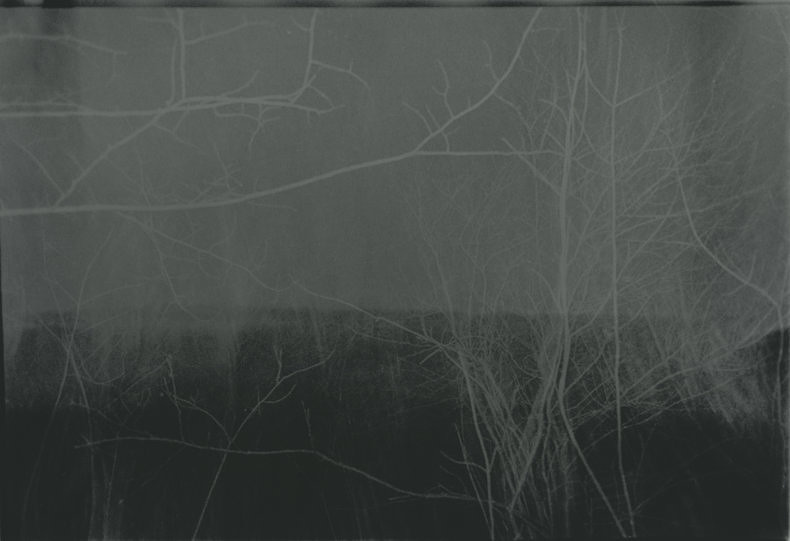 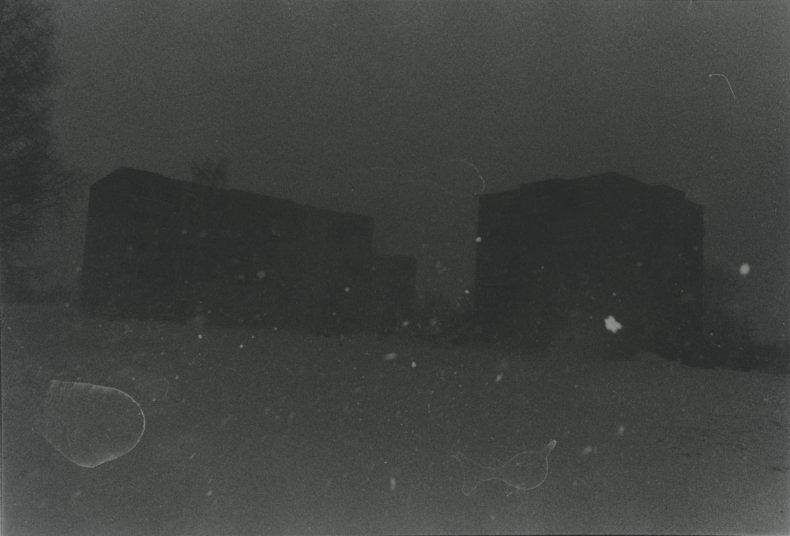 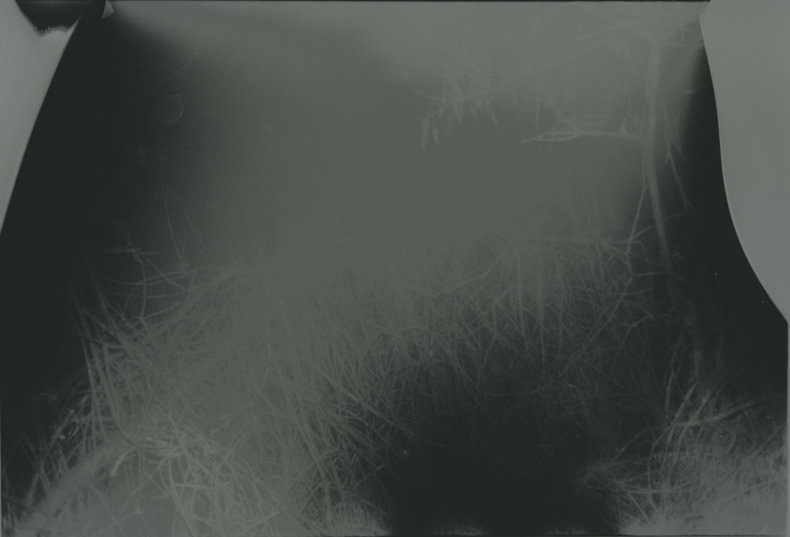 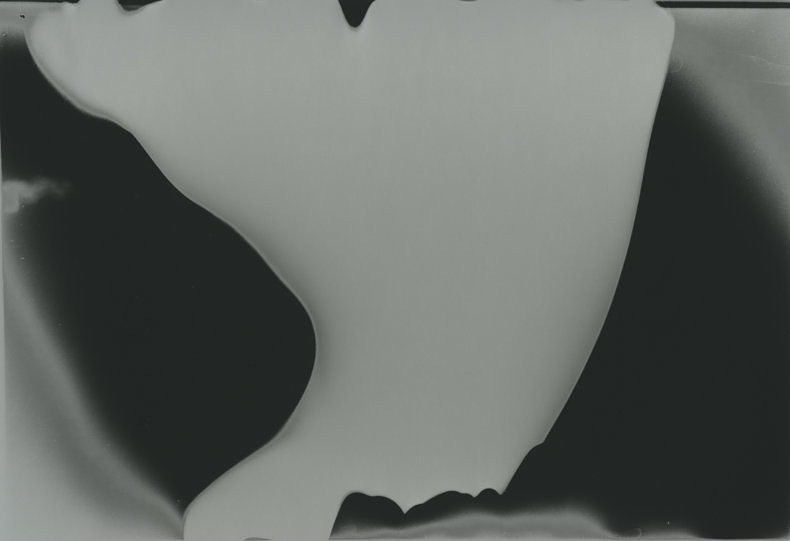 Pabaiga by Olivier Pin-Fat presents a crucible of various darkroom processing and analog printing techniques. Working solely with analog materials, often outdated, Pin-Fat’s work  attempts to shift the image or aesthetic either during the film processing stage or in the darkroom with the photographic print itself.

The result of an artist residency with Kaunas Gallery in Lithuania during the heart of winter, for Pabaiga, Pin-Fat used film that was so outdated (vintage stock from the former Soviet Union) that much of it rendered the images unprintable; further enabling his investigation into the destruction of the photographic image. Deliberately limiting himself to work only with what remains, ‘what is given’, so to speak, not only through the darkroom processes but also with the architectural formation of the book, Pabaiga continues his ongoing psychological exploration of the nocturnal, the heart of winter (or ‘wintered heart’) and all that is derelict, damaged and doomed.

The unintentional plays an enormous part in Pabaiga; the salvaging of what remains, the gathering of broken pieces after the furnace/accident (photographic act to photographic process) has taken place. A car crash. A traffic jam.

This emotive or energy of the work reflects the artist’s state of mind at the time of photographing; landscapes seem blistered atomically, others appear to drown in an abysmal blackness as if the land itself has been cursed. Images barely ‘remain’ – invisible, inherent, intrinsic – appearing like inter-channel television snow, like the phantoms, that they are.