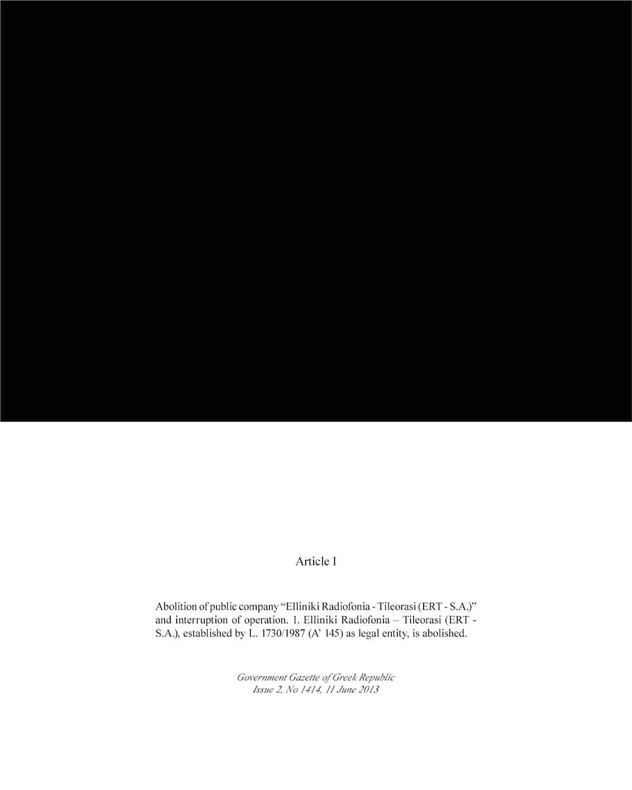 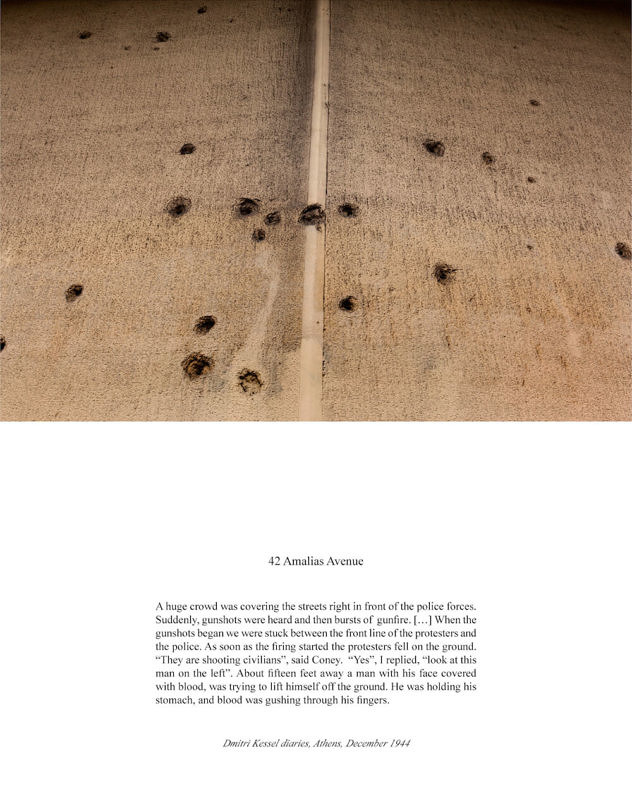 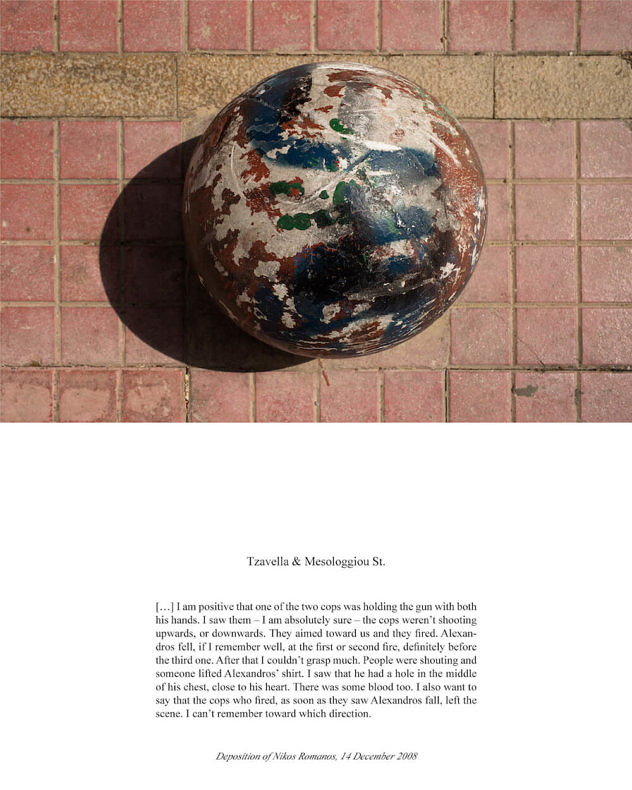 The city is a canvas. Looking at it closely, in projection view, one discovers traces of events, deep marks or scars engraved upon its surfaces. Evidence of violence, conflict, juxtaposition, history, death. Cruel testimonies of the political and social terror of the times, tough recollections creating a palimpsest of facts, which, no matter how much we would perhaps like to forget, keep appearing unexpectedly all around us; inside us: bullet holes from December ’44 on Amalias Avenue, a burnt asphalt from an uprising in front of the Polytechnic, a graffiti where Pavlos Fyssas was murdered, other traces that talk about Alexandros Grigoropoulos, Konstantina Kouneva, the HIV-positive women arrested by the police, the suicides: some of those marks are erased; some are barely visible; others remain intact, working themselves into layers of history, impossible to hide or be ignored. Like traces of human memories directly projected on concrete. The political and the social become physical, altering the building material of the city; affecting and transforming matter. These close-up projection views are the operations of an urban archaeology, excavations into the collective unconscious. Trying to shed light on things past, those are the city’s testimonies, a mental magnifying lens, as if searching for “forensic evidence”. This is the invisible coat of the city, almost underlying, barely protruding, an urban landscape molecularly shaken by turmoil; and a society at war.