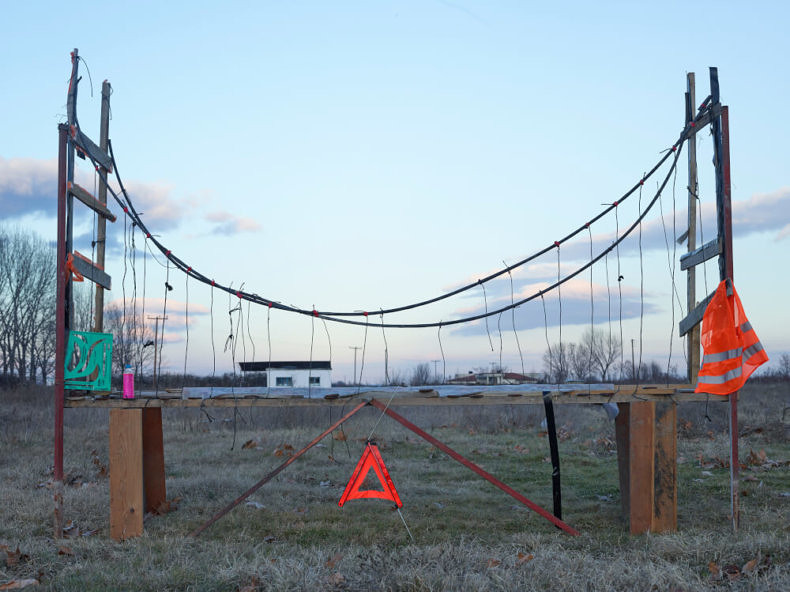 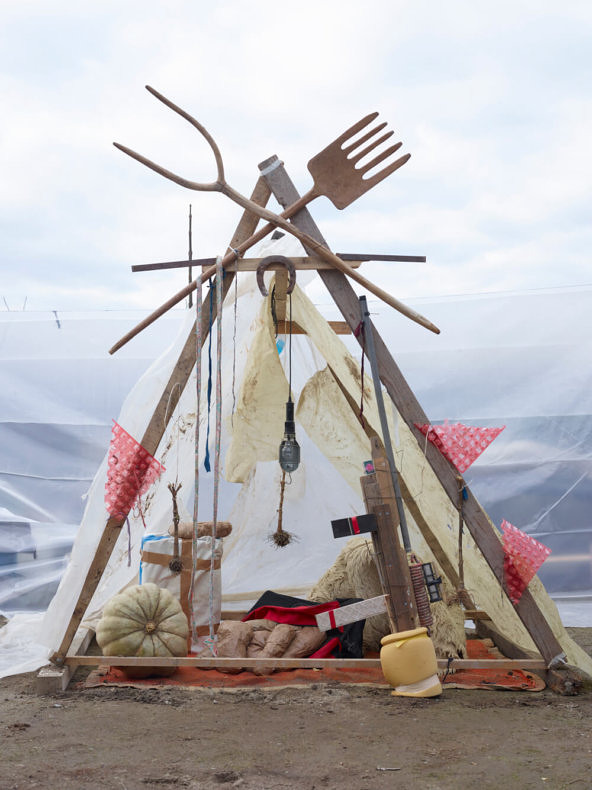 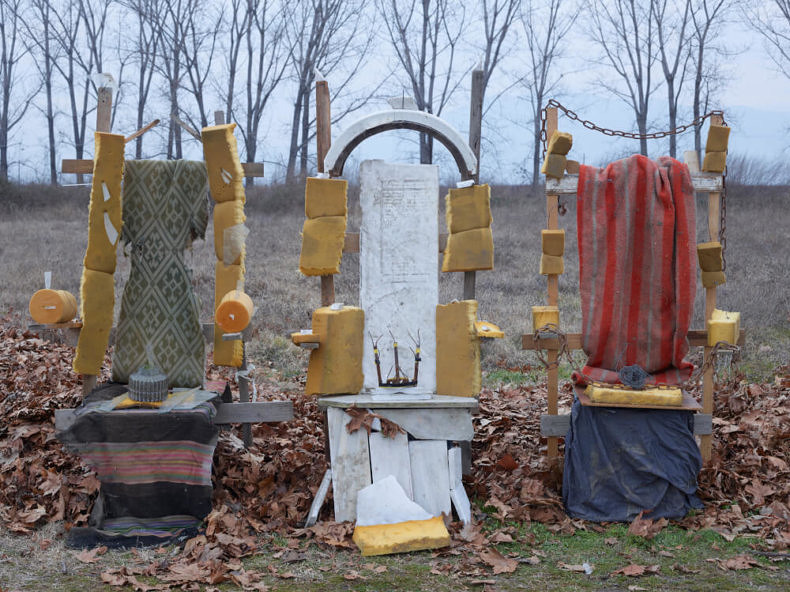 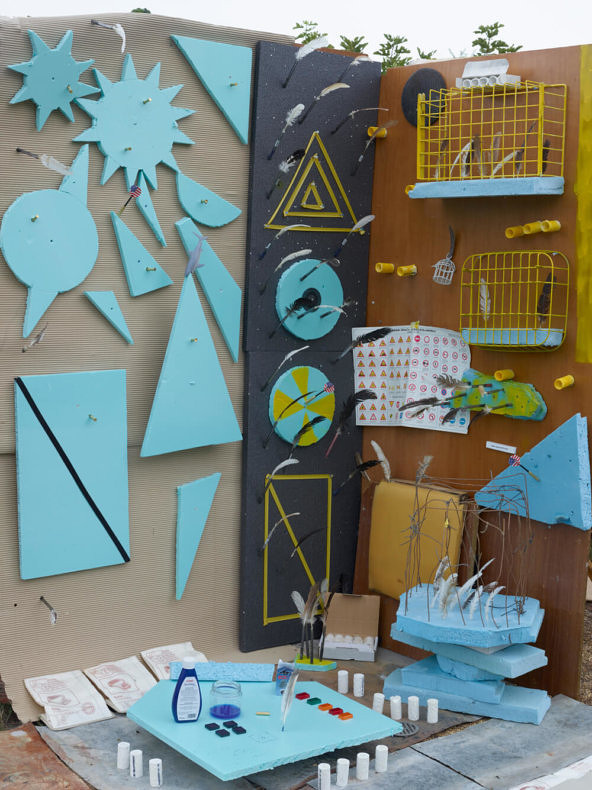 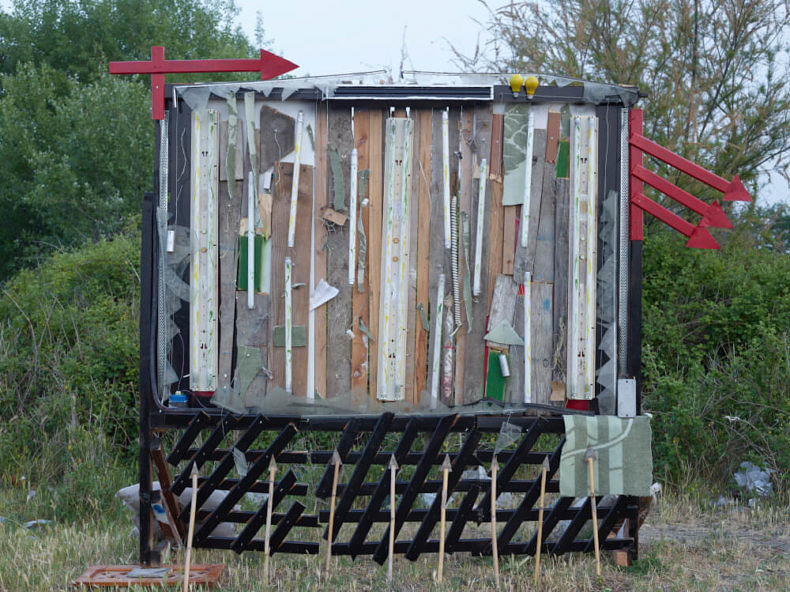 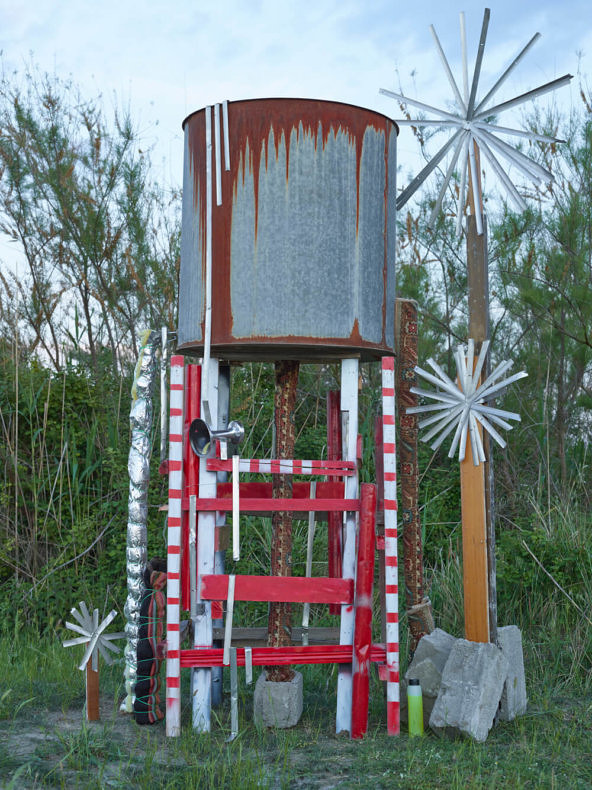 Attempting to recreate the feeling of a boom town that is constructed around the desire of becoming wealthy, the artist connects the California and Klondike Gold Rush to his native village. Indeed, the new pipeline that comes from Azerbaijan passing across Greece crosses Liparo, where locals -in their vast majority farmers- have desperately tried to escape from the economic deadlock by signing off contracts to sell their land for the gas pipeline project.

Through the repetition of carefully chosen objects and interplay of structures of a rapidly developing settlement – a bridge, a store, a bank, a church, or local services, the Gold Rush series recreate this feeling of a booming colony. Efstathiadis’ Gold Rush however, is not inspired so much by greed, as by delusion. The dream of discovering a treasure in the present day, the belief that finding gold and earning money quick will make life easier is a staged fantasy of capitalism and at the same time, a testimony of the destruction capitalism is causing.

These meticulous installations that often take the form of life-size sculptures are completely destroyed right after the shooting is done. Surviving only through their impressions on the photographic medium they leave the viewer wondering; Are they reflections of a distant past, or of a scary nearby future?

Courtesy of CAN Christina Androulidaki gallery