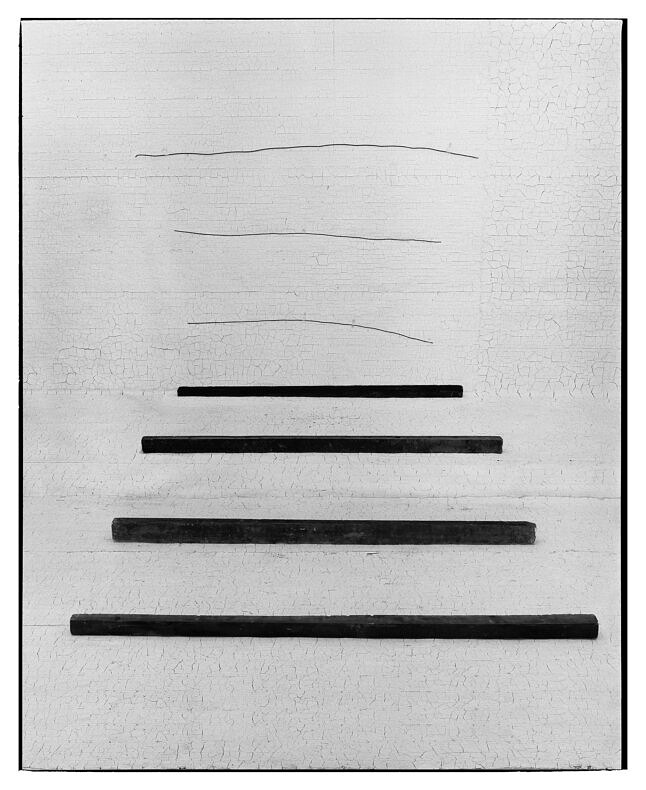 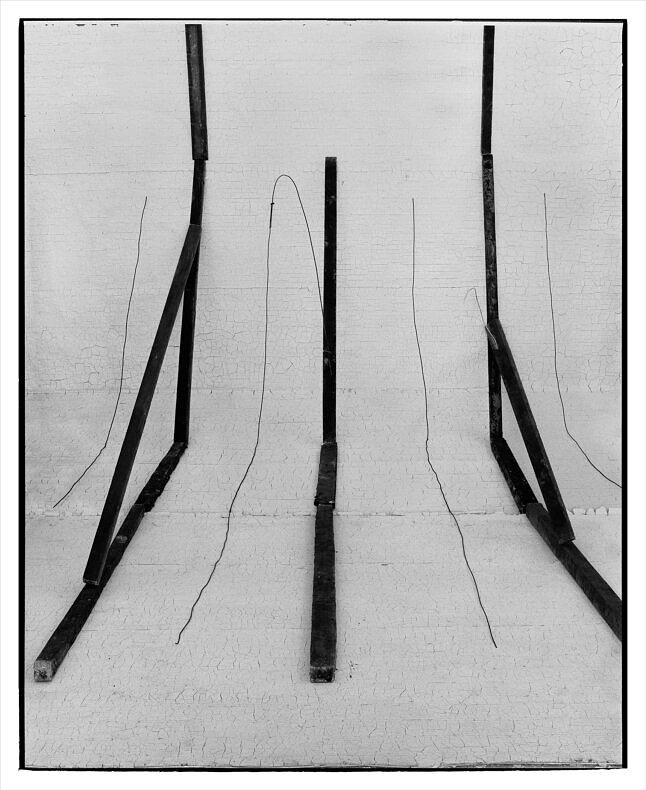 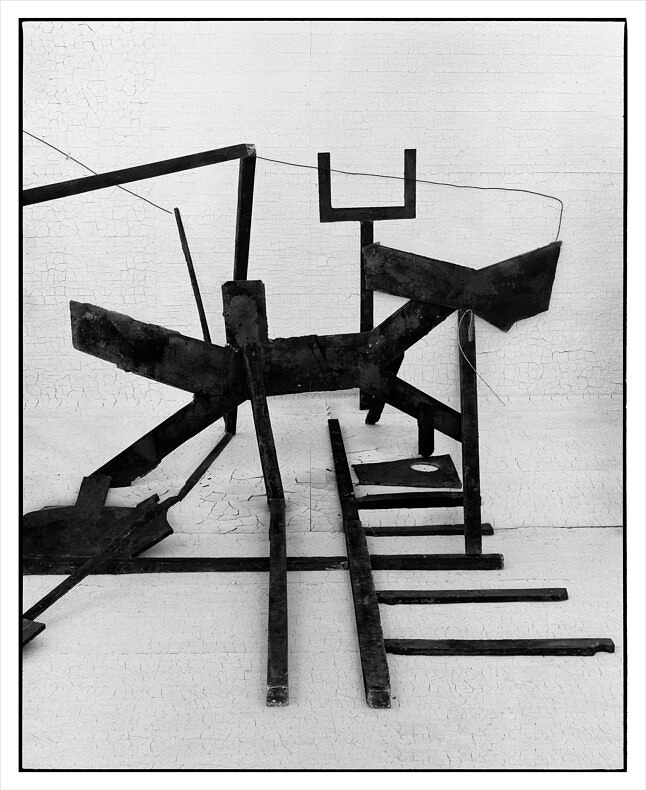 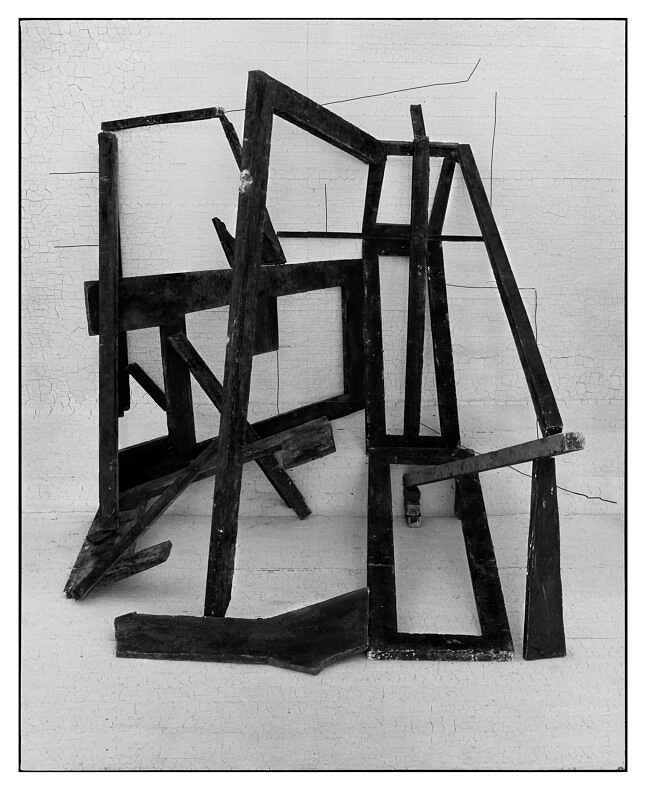 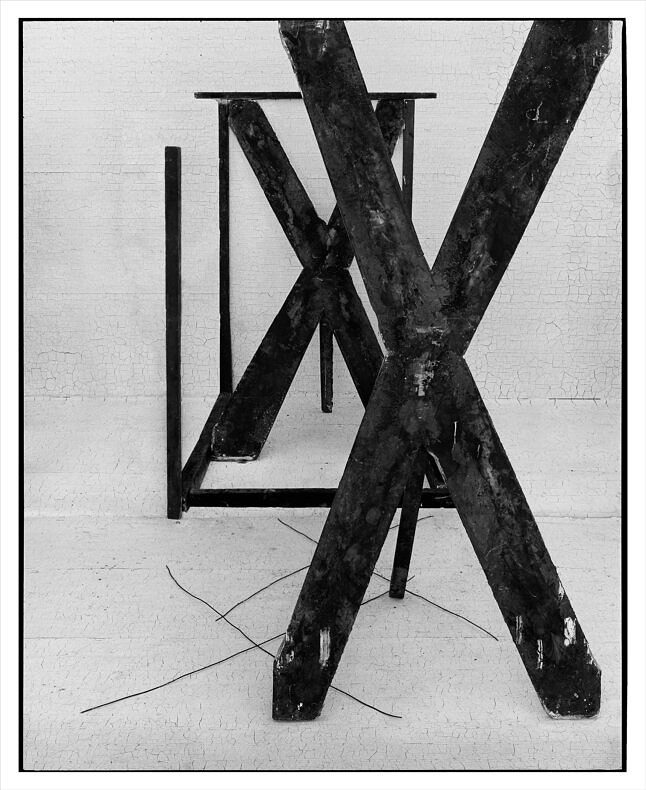 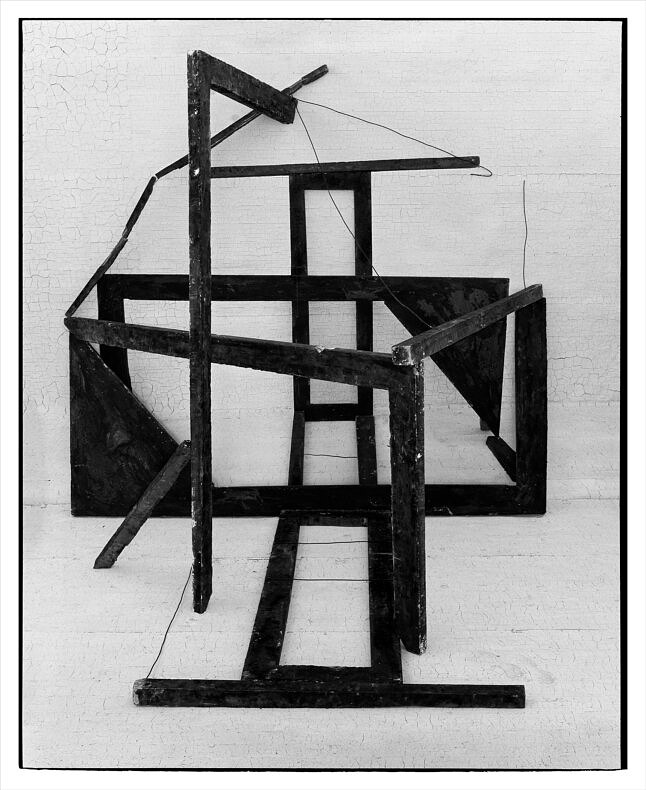 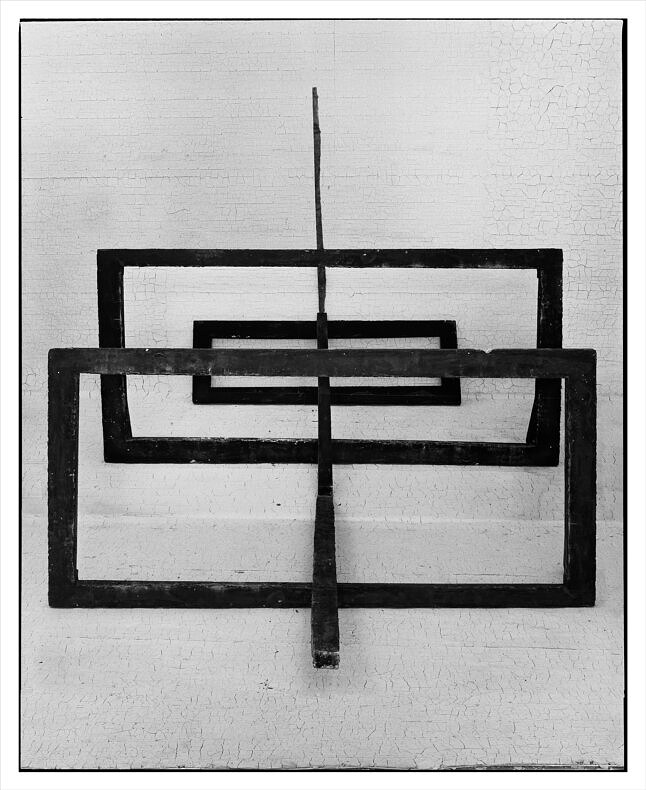 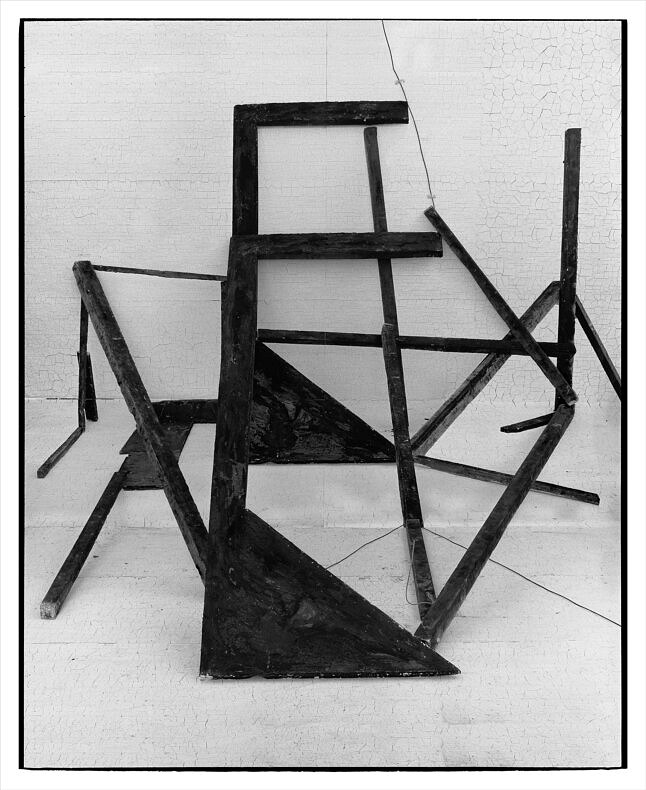 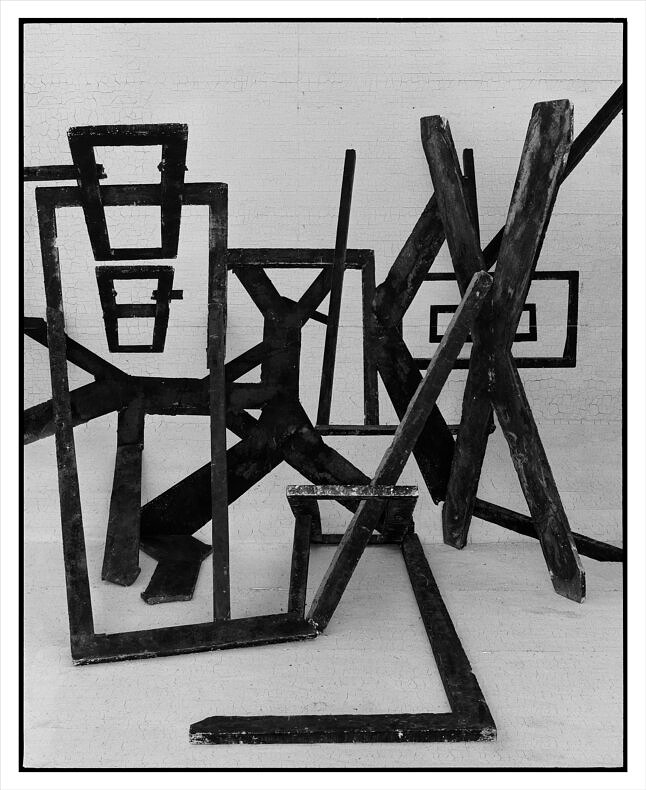 The title of Valenzuela’s American Type, refers to a 1955 essay in which art critic Clement Greenberg frames the work of abstract expressionist painters such as Pollock, Kline, Motherwell, and Rothko as distinctly American. Greenberg proposed that post-war American painting was more about the act of painting itself than about any complex idea of representation. Valenzuela finds it interesting to challenge this concept and, as he puts it, to contemplate “how much the absence of content has become the American gold.” He doesn’t argue that abstraction is necessarily without subject or emotion, but Valenzuela questions Greenberg and art world elitism more generally by making his own subversive abstractions that he imbues with social-political meaning.

From a distance, Valenzuela’s monochromatic works appear like flat charcoal drawings, and only upon closer inspection can one notice the materials that fill the frame of the photograph and the confounding hints of a three-dimensional studio space. His photographs have an immediate and strong architectural presence on the wall, reminiscent of some earlier works in which he considered what it means to build a home. Valenzuela sees these studio fabrications and their shapes as a direct reference to the brush strokes of painting. Certainly, they call to mind the conversations about painting’s ability to create enveloping infinite space through mark making, and the tension between the surface of a work and the illusion of depth on the picture plane.