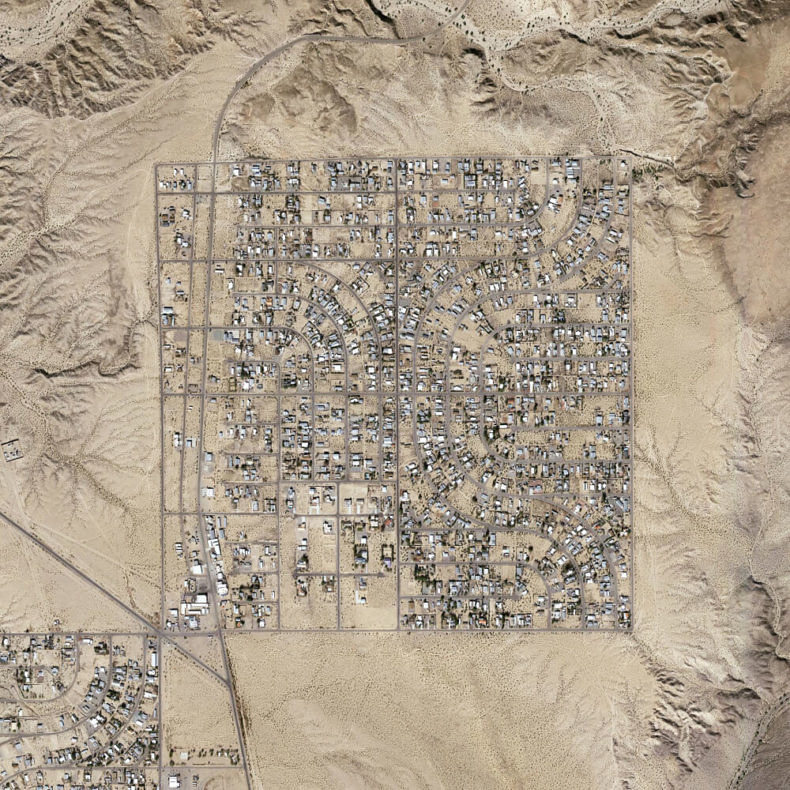 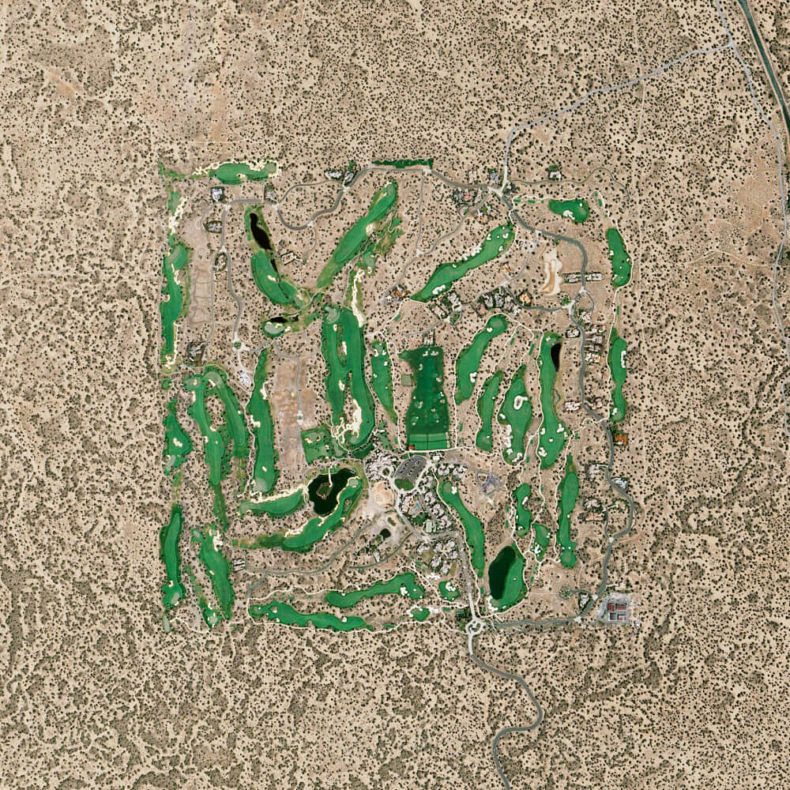 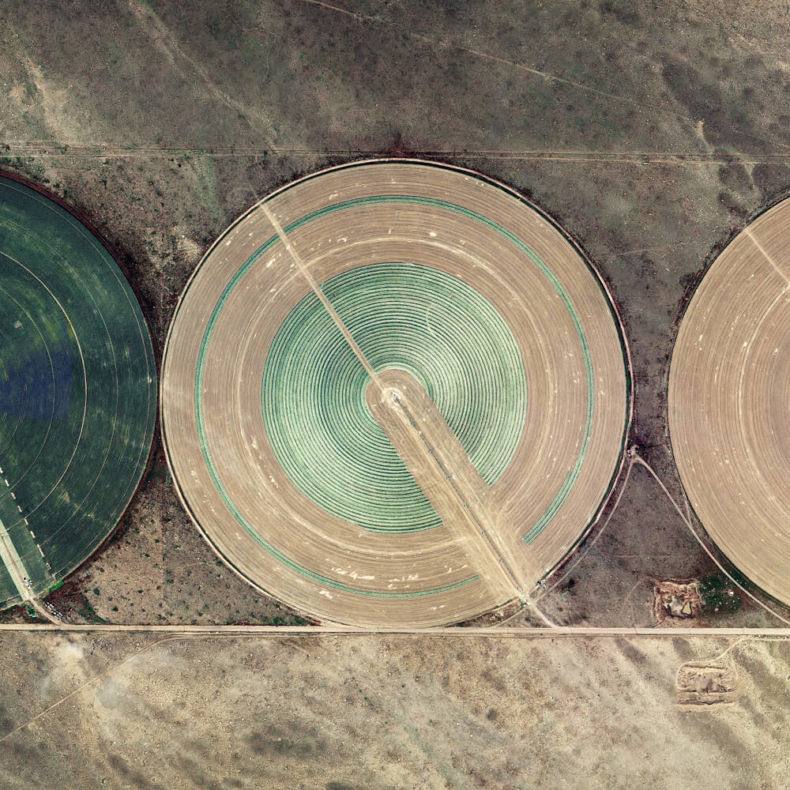 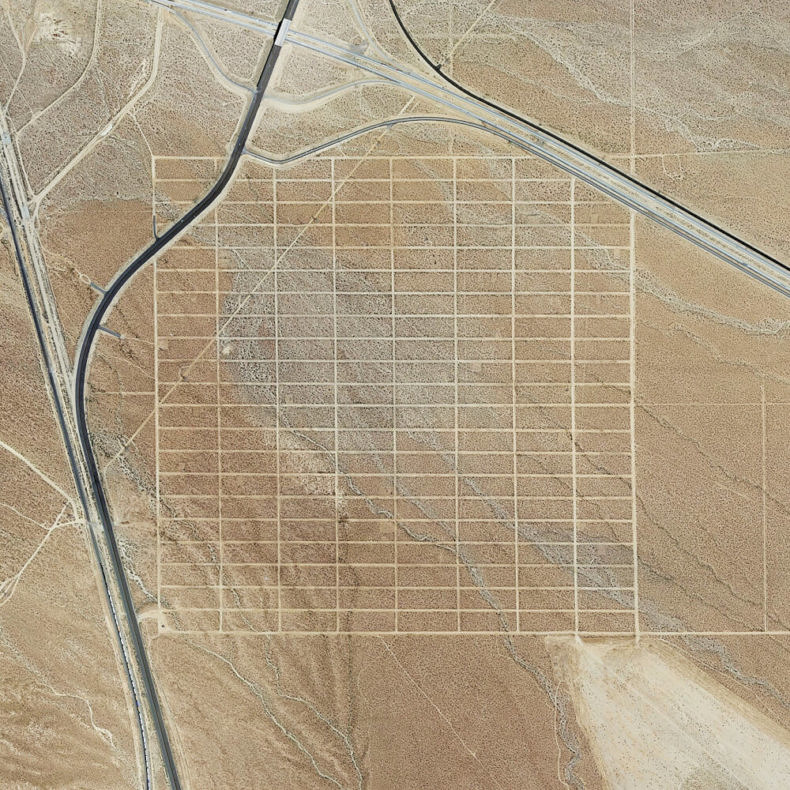 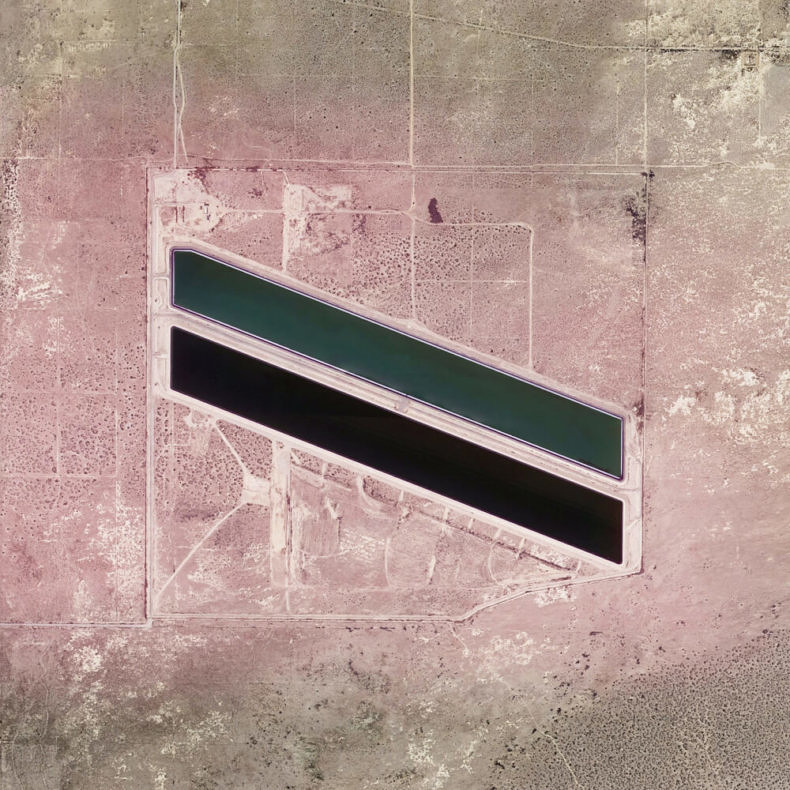 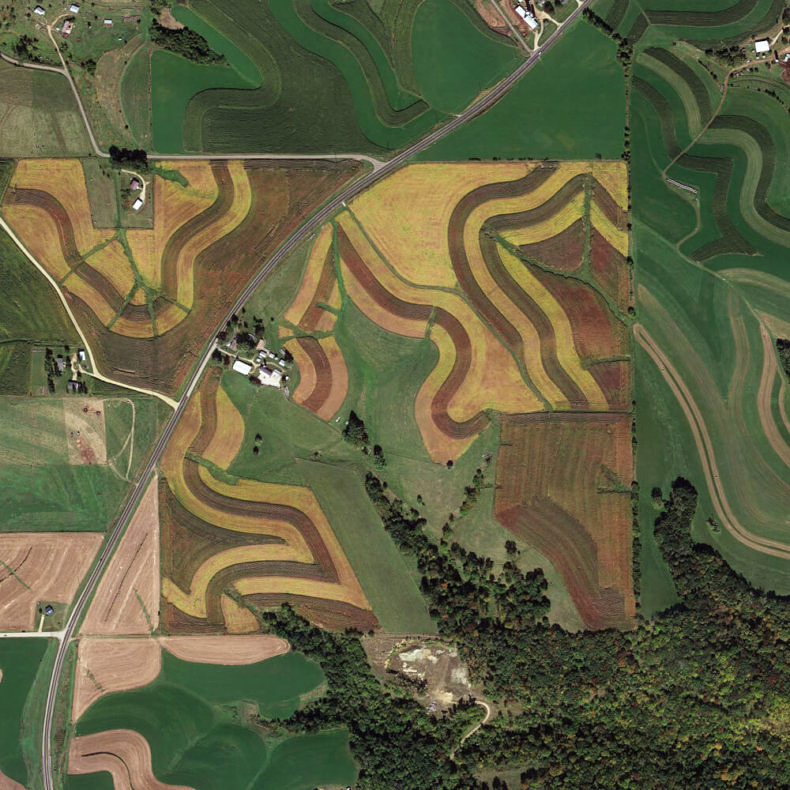 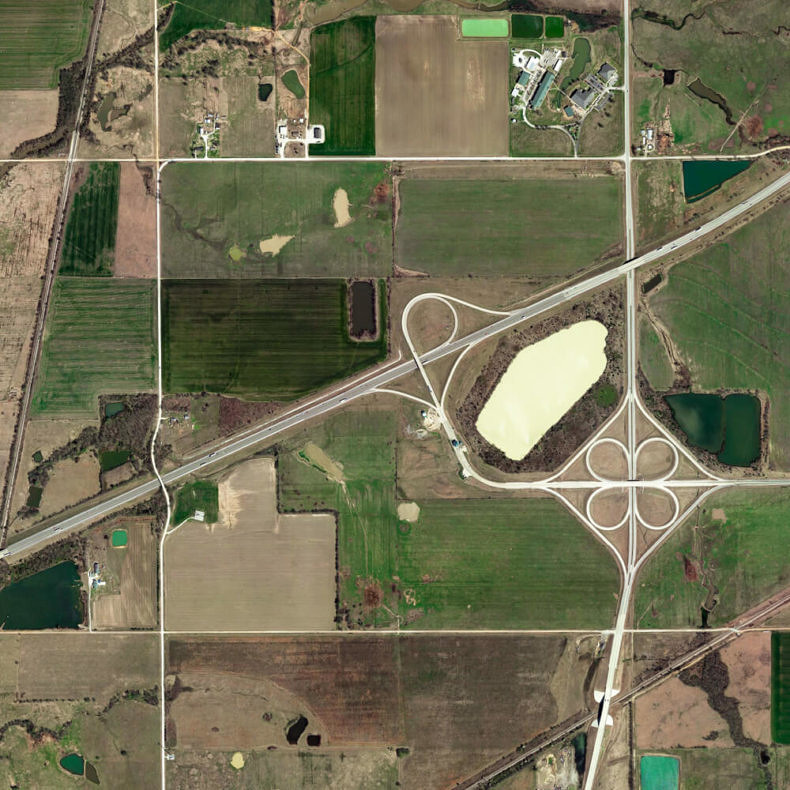 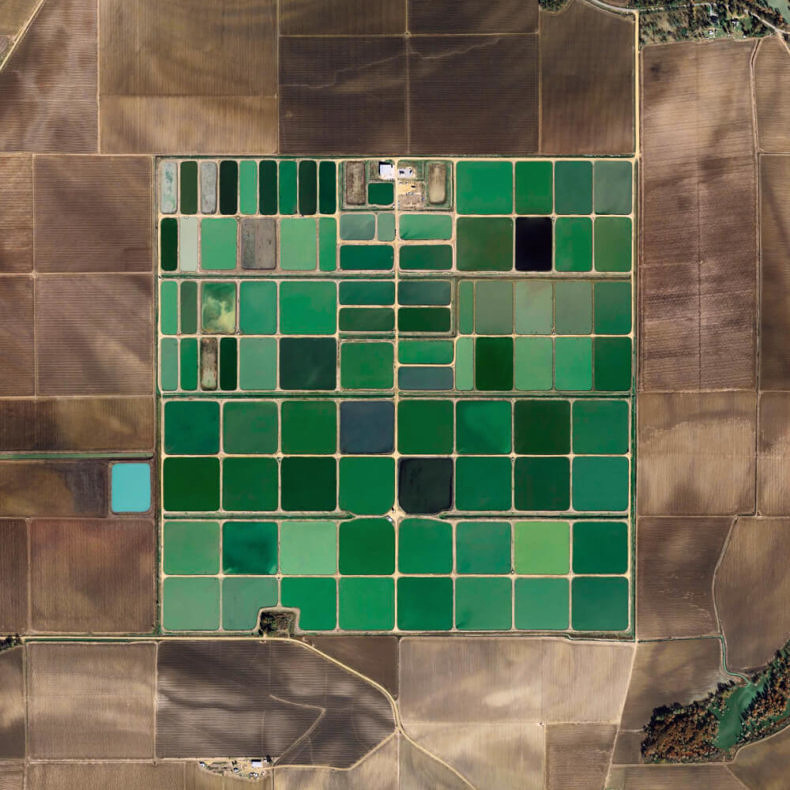 For the last year I’ve been collecting satellite images of parcels, neighborhoods, plots and towns, all part of the same grid that defines the land distribution in most of the US territories. The Public Land Survey System was proposed by Thomas Jefferson at the end of the 18th century, during the expansion of the US westward. It was an innovative method to divide and sell the ownership of the large expanses of newly acquired and unknown territories. More than 200 years later, the grid still defines the geography and landscape of most of midwest and western US.