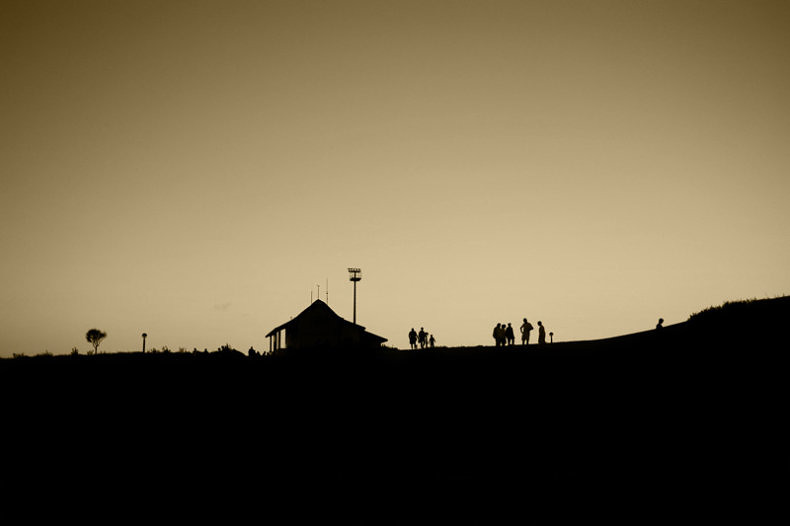 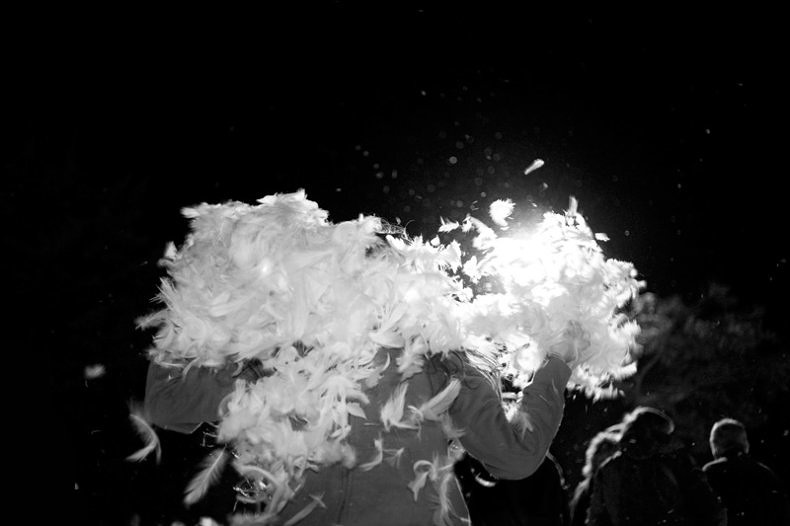 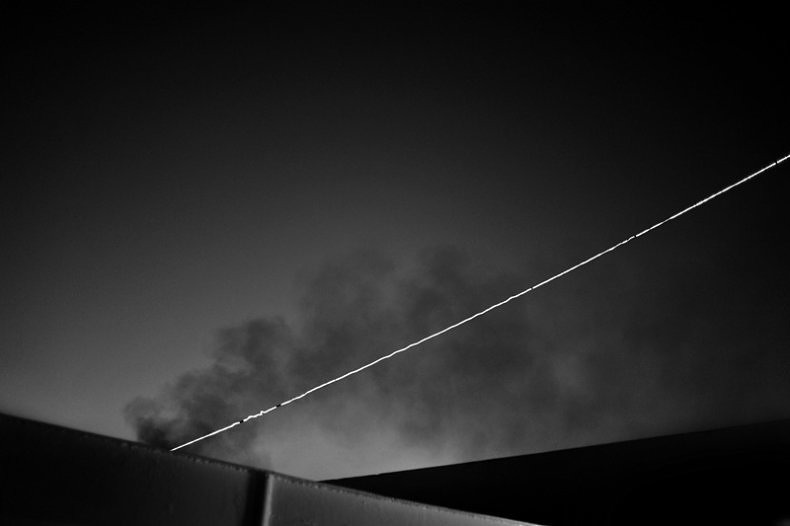 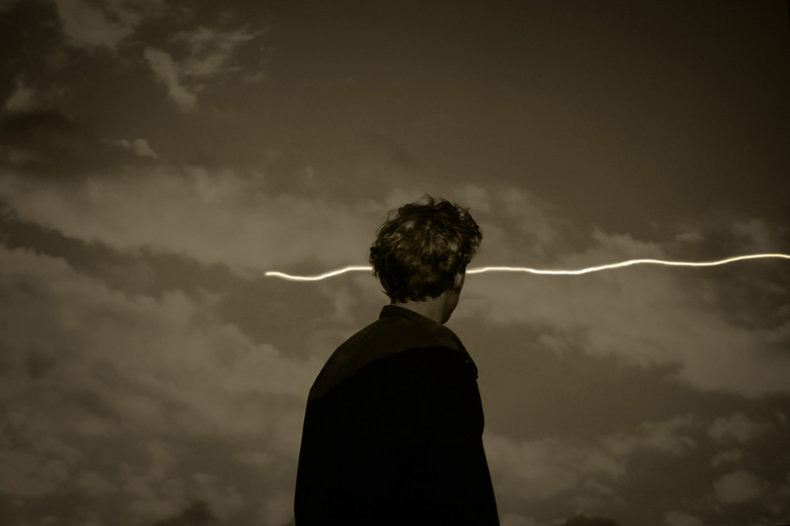 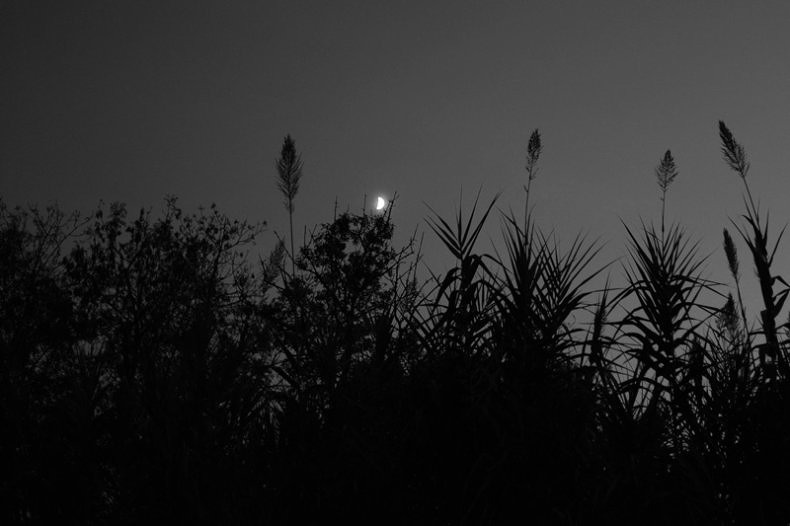 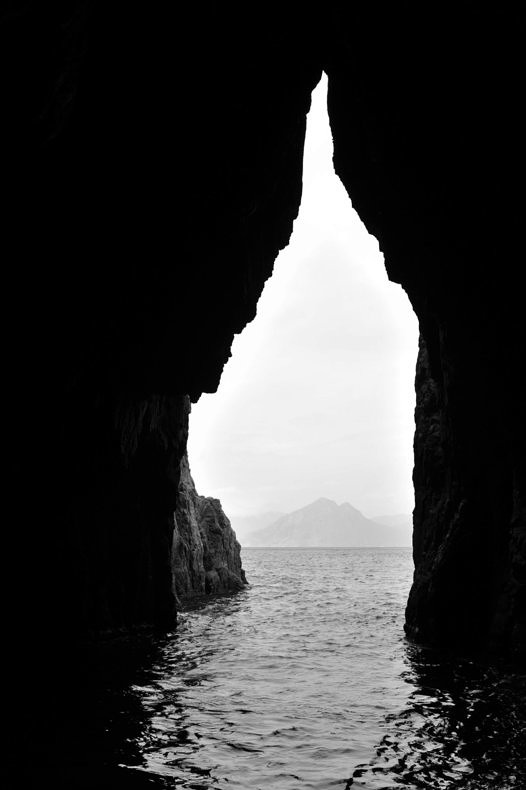 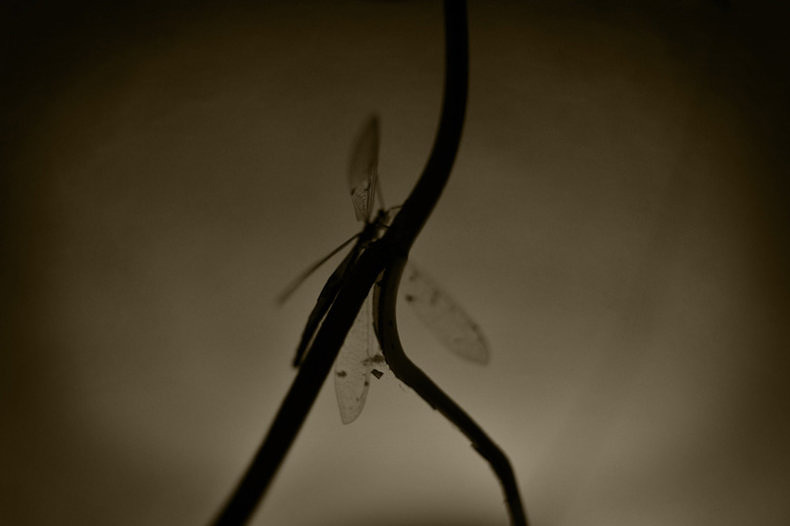 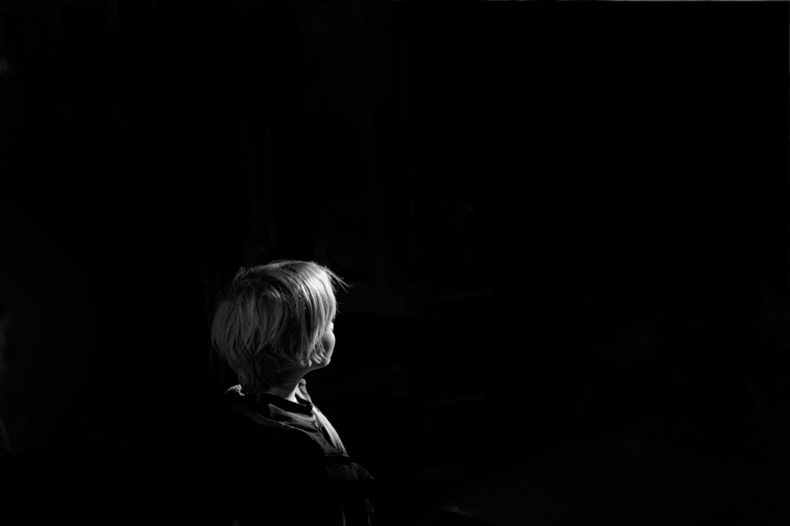 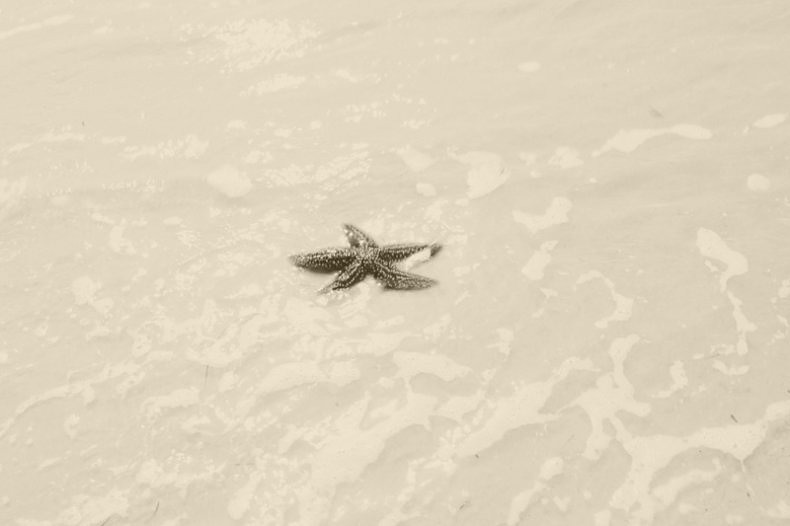 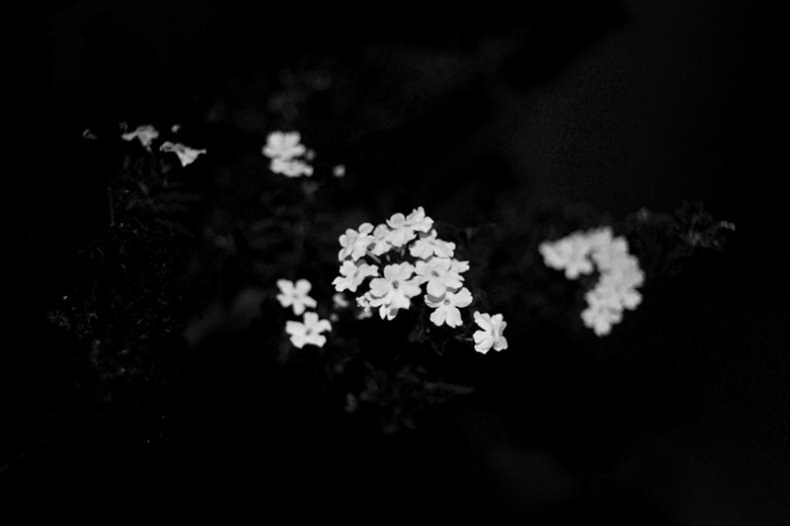 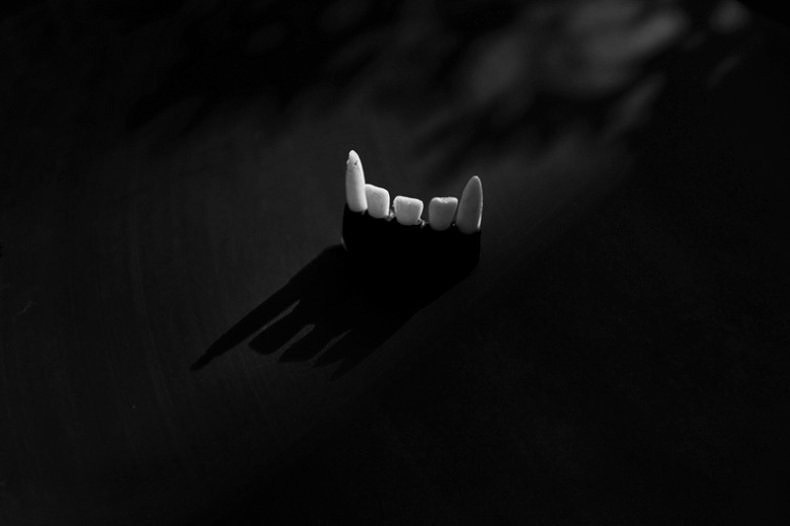 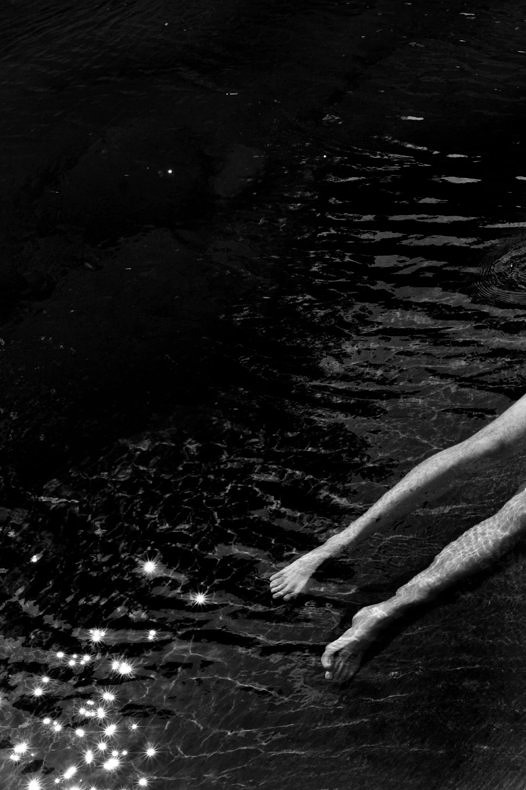 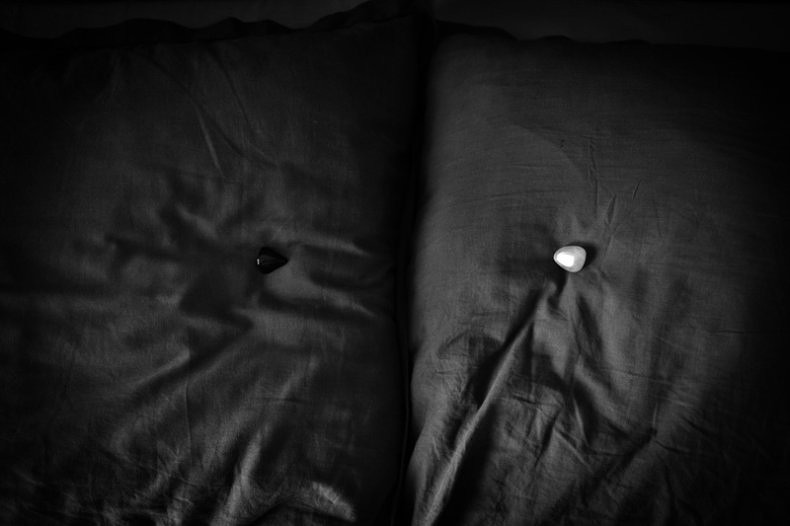 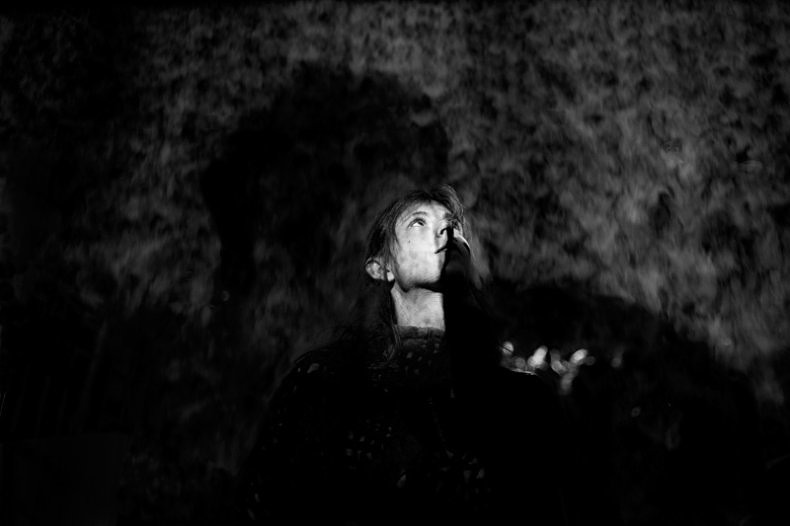 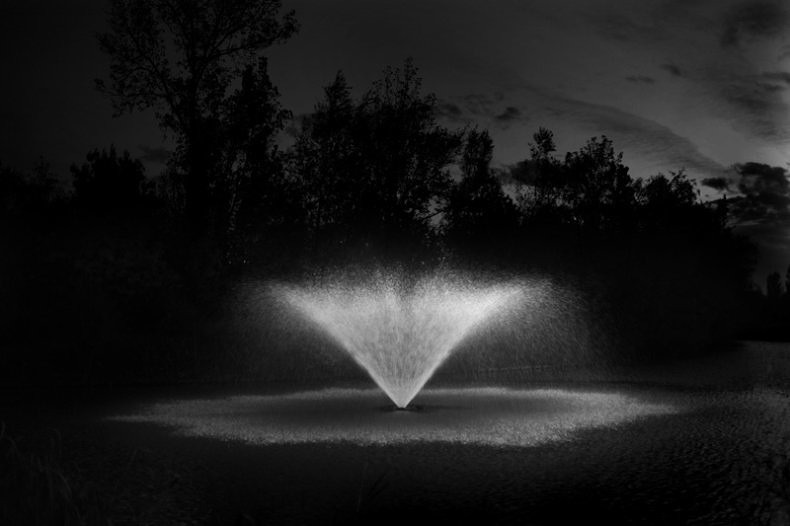 Geometry of the universe where the overwhelming law of gravity reigns.
A giant star dies and collapses into its heart.
In a second wind, this compressed heart becomes heart of a black hole.
… Its singularity …
Point of infinite density. It attracts irremediably.
Downward. Or an elsewhere…
…Naked… One would have to be able to see it to name it so.
Stripped of its own magic circle which surrounds, hides, and protects it.
The horizon of events.
Frontier between inside and outside, invisible and apparent, where space and time expand.
Zone of no return for any celestial body that dares to approach it.
Any other star. Any matter. Any sound.
Even light can’t find the power to escape.
A world forever lost. Or a rising land…
Another possibility. Another door. Another life.
Little symmetry sister and way out of the black spiral.
A white fountain…

« Nue singularité » these two words resounded deeply in me for a long time, without knowing exactly why. Naturally they followed and inspired me throughout this photographic work, so I dreamt up my own definition. Much later, I learned that a « naked singularity » (« singularité nue » in french) is a concept in cosmology. More than scientific language full of poetry, I then discovered its troubling echo with all that I intended to express.