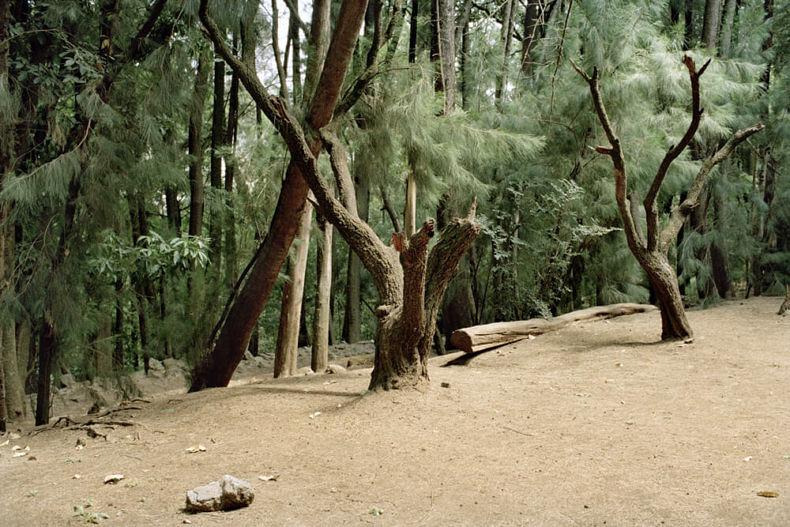 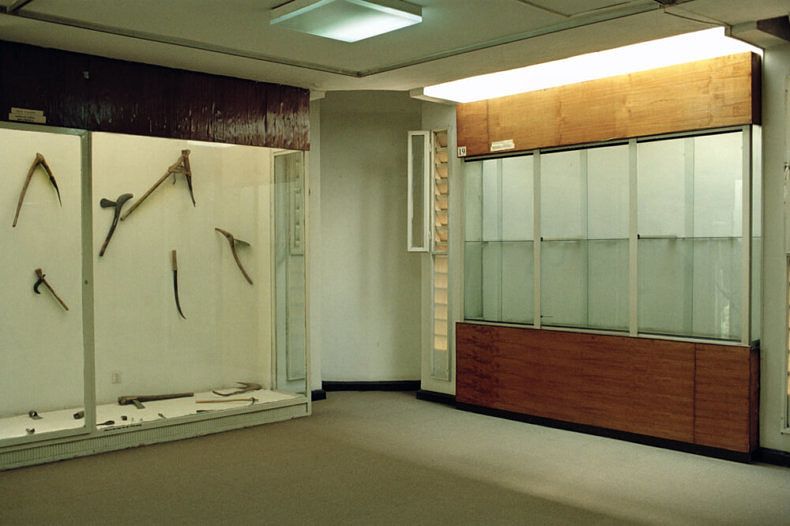 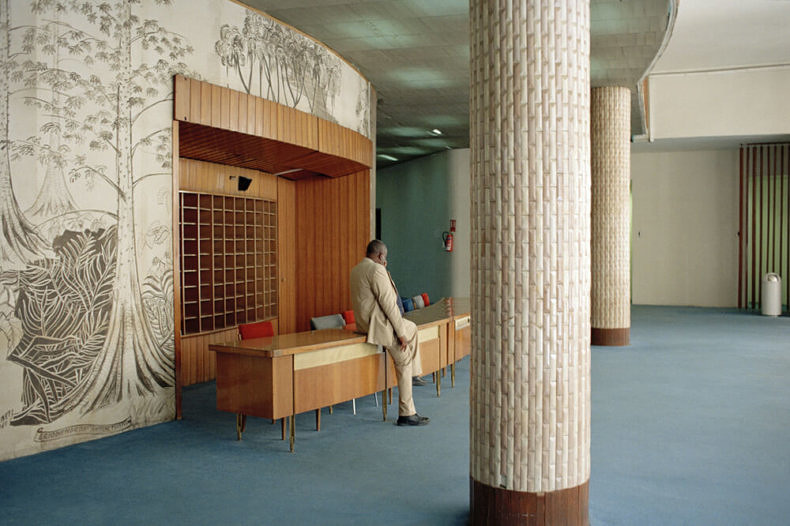 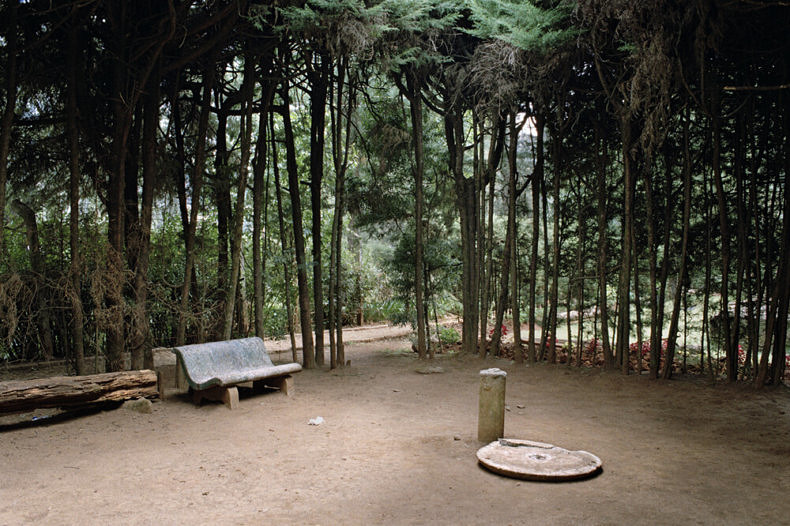 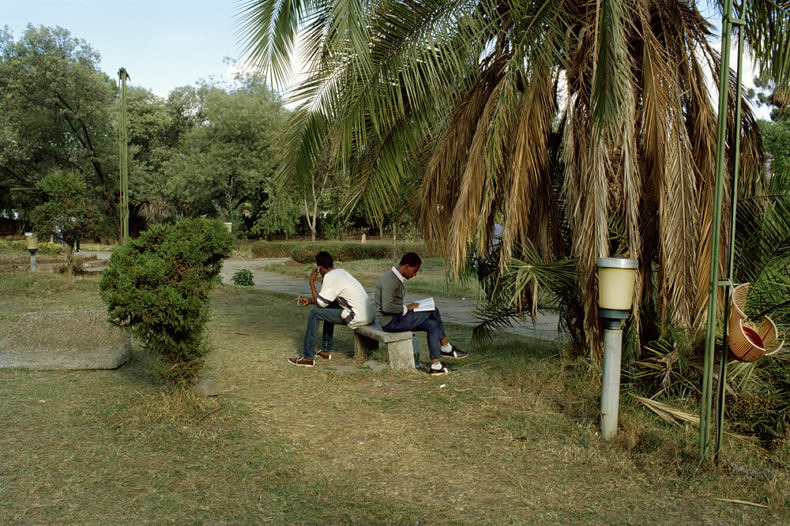 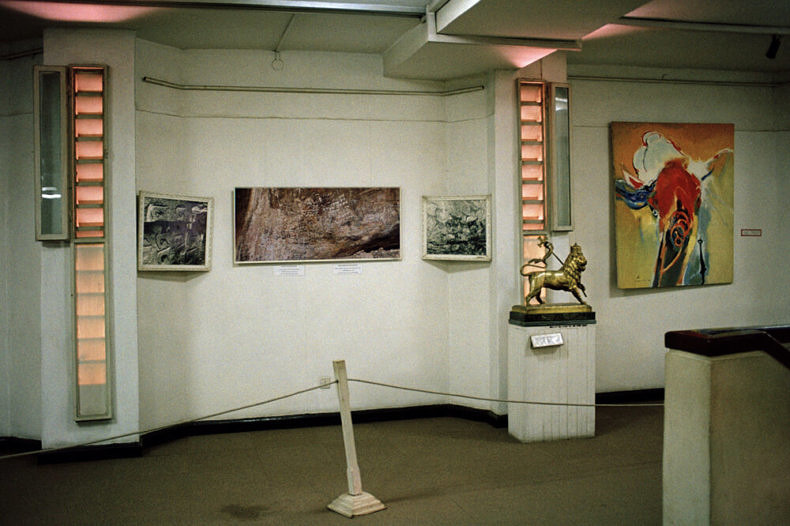 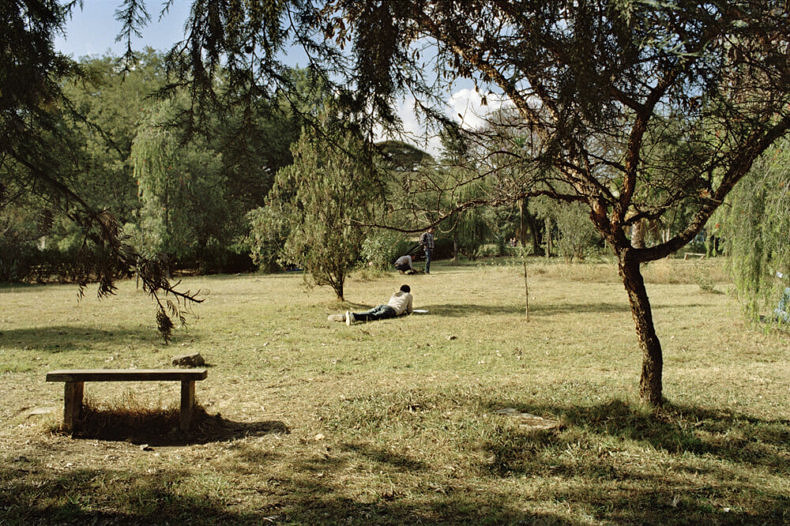 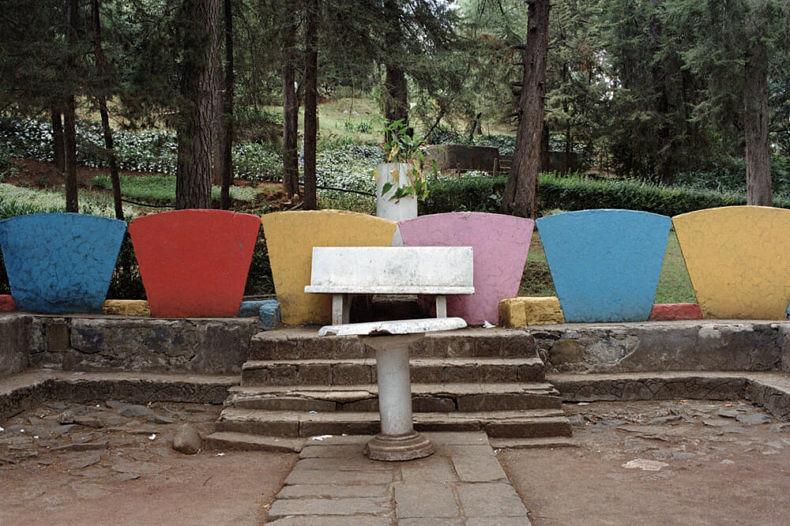 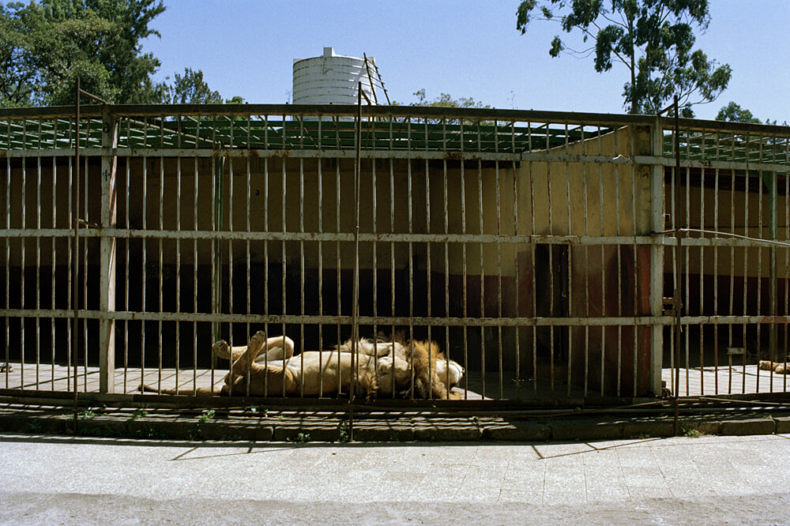 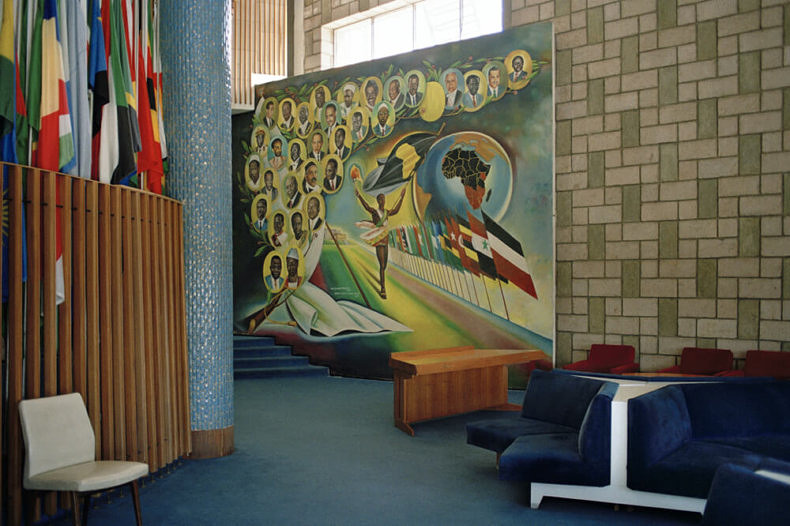 This series of photographs brings to view active locations in Addis Ababa which also hold particular historical significance: institutions, seats of organization and social foundation which refer to Haile Selassie’s legacy and allude to the present through perpetuity. Spaces in which questions between and about tradition and modernization, educational reforms, state and church relations, UN presence, and Pan-African solidarity keep on reverberating.

Among these, at the entrance of the National Museum twelve young students in stone stand in unison and seem to look at the Emperor with undivided attention. Addis Ababa’s main university campus and Selassie’s old palace, known as ‘Princely Paradise’, the site of an assassination attempt against Italian Viceroy Graziani and of a coup against the Emperor himself, is also the space from which the educated young eventually challenged his sovereignty and set the ground for his deposition. A lion in the zoo is caught sleeping. On Epiphany, thousands of people wait for their turn to be hosed with holy water. The mausoleums behind Holy Trinity’s cathedral where the Emperor’s and his wife’s remains rest now house a few of the city’s homeless. Some display cabinets in the National Museum appear uninhabited. The elaborate and colorful interiors of Africa Hall gesture toward a past and possible future.