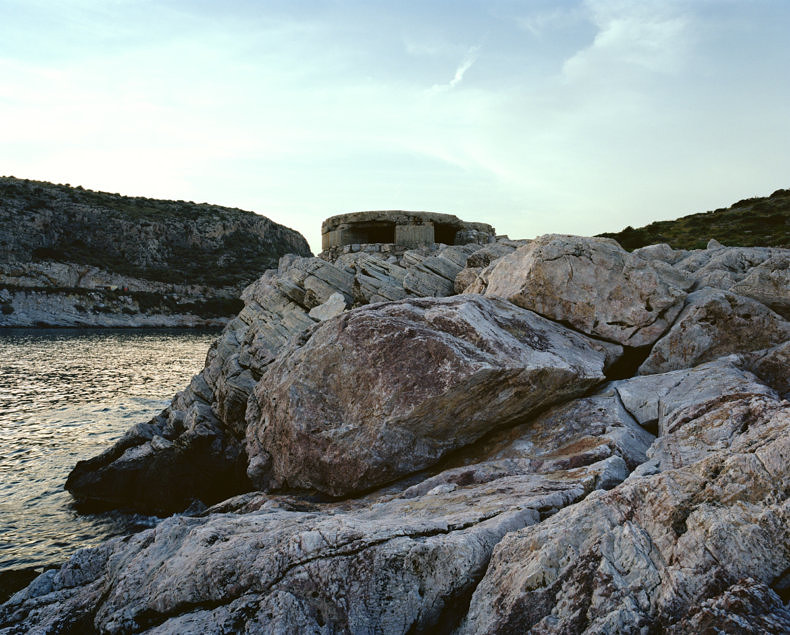 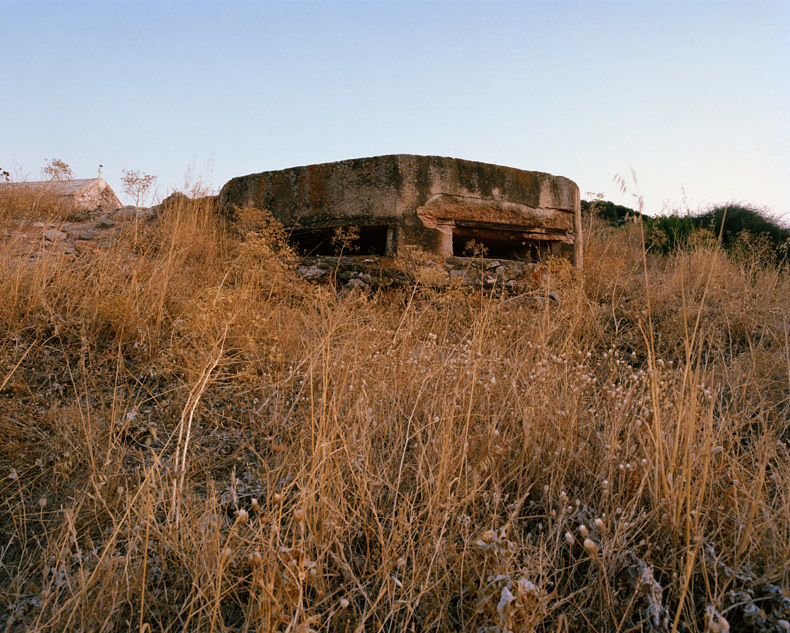 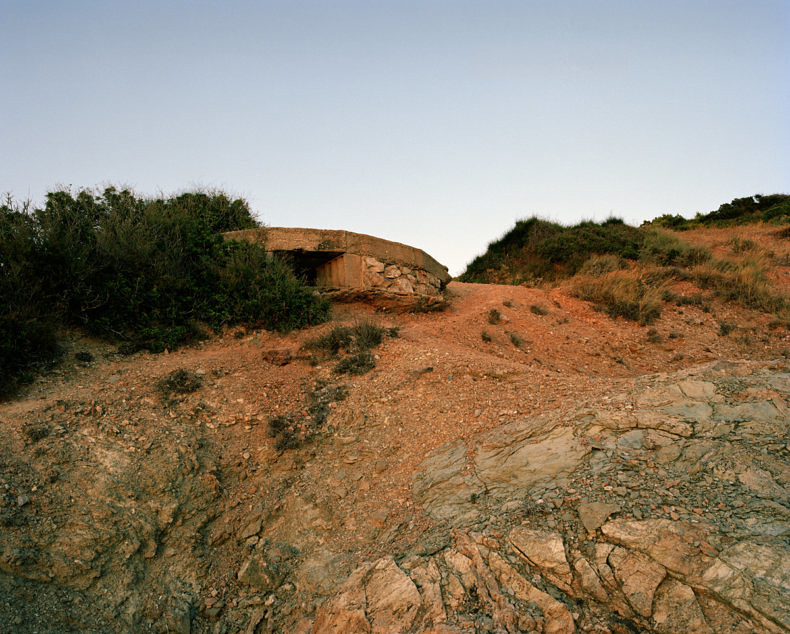 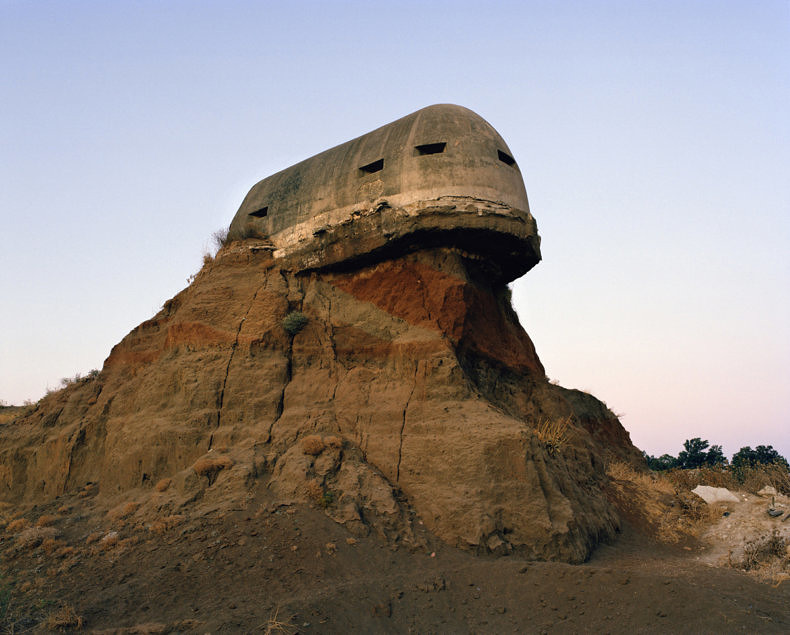 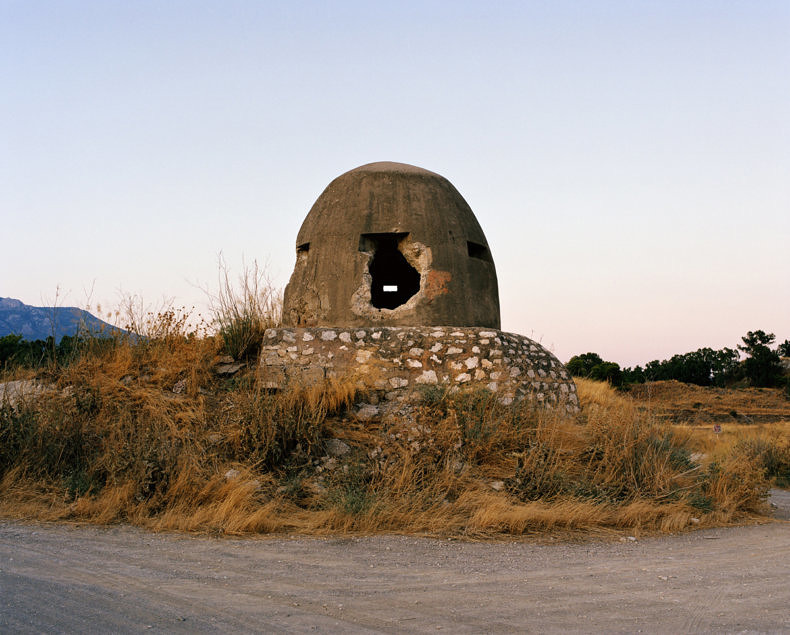 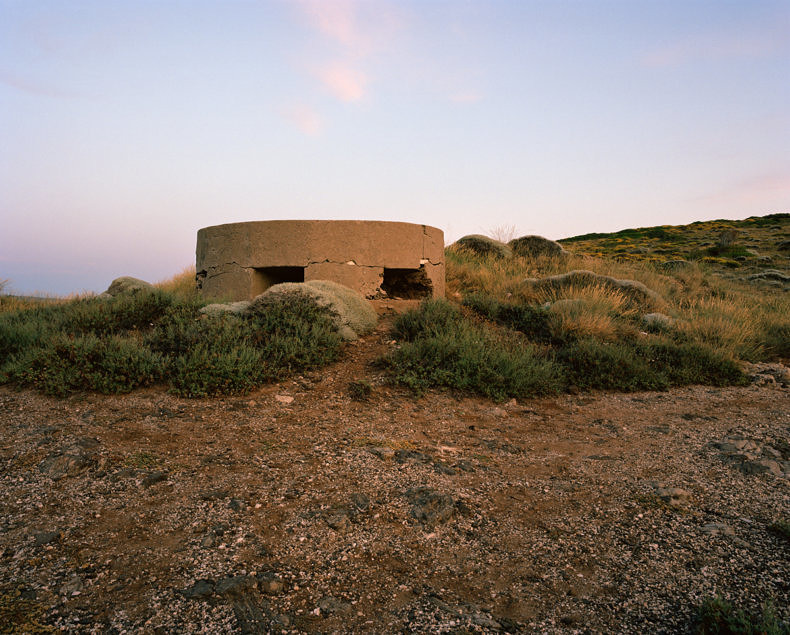 This group of photographs shows a series of fortifications built by the Axis powers on the periphery of Athens, during the occupation of Greece in WW II. Pillboxes, bunkers and cannon bases were built on the south and east coasts of Attica in order to repel possible boardings and landings, as well as in other strategic transit points such as the railroad network and the Corinth canal.

In ‘Bunker Archaeology’, Paul Virilio suggests that the bunker’s relationship with its environment is not only of the foreground to the background, but also that of the background to the foreground. These structures’ function once relied on their invisibility, their ability to harmonize with the landscape they surveilled. Today they seem to possess this very quality to an even greater extent, in their non-function.

Scrutinizing these remains of the hidden architecture of a past war elevates their value to that of a monument, while confirming their state of oblivion.